The Second Wave and who decides the health policy? – Ranga Jayasuriya 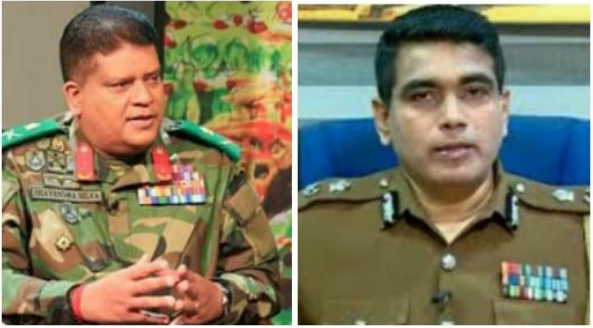 The largest cluster of corona patients in the country might not have been detected, had not Pradeepika Sudarshani Ratnayaka, who fell sick in the Brandix apparel plant in Minuwangoda, insisted to be taken to hospital. The mother-of-four had suffered repeated complications and was treated by an in-house doctor in the facility. In her words, her employer was keener in meeting the deadline of an export order than caring for a drove of female workers who fell sick during weeks leading to her illness. Many were treated by the in-house doctor, and a manager dismissed complications as viral fever and demanded that workers take painkillers and work to fill the order.

On September 30, Ms Ratnayake fell sick during working hours with aggravated chest pain. She demanded that she be taken to hospital, where she was subjected to a PCR test. She was tested positive. Her diagnosis led to the uncovering of a large and mainly asymptomatic cluster of coronavirus patients in the country. As of noon yesterday, 1,307 confirmed cases were reported, according to the National Operations Centre for the Prevention of the COVID-19 Outbreak (NOCPCO). During the 24 hours ending 6 am yesterday, 124 coronavirus patients were detected, including 121 believed to be part of the Minuwangoda cluster. Two villages in Mannar have been closed off. Three staffers in the Colombo National Hospital and an attendant of the Lady Ridgeway Hospital have been tested positive. So is a man from Negombo who visited the Colombo Book Fair. Central Mail Exchange has suspended operations. A cargo operator of the Sri Lankan Airlines and a student of Kelaniya University are also tested positive. The health officials are in a frantic search of contract tracing. The Army Commander has said most confirmed cases are linked to the Minuwangoda cluster, however, the community transmission might have begun. The faster spread of the virus makes the health officials suspect that the new bug is a superspreader of its own right.

Sri Lanka’s anti- corona strategy is increasingly being dominated by the military top brass, and not the doctors. That can also create a false sense of complacency. There again the shortcuts might lead you astray. Not to mention the long-term social implications of militarisation. You don’t need surgeons and epidemiologists if the men in uniform could decide on the national health policy.

Until recently, Sri Lanka has kept the spread of the virus at bay. A protracted lockdown in March, April and May had a heavy toll on the economy. However, since then, much of the success was achieved through a modest approach, where social distancing was advocated while trying to revive the flagging economy. It paid off and exports have recovered faster than expected.

The public mood has also changed. There was also a growing acknowledgement that this is the new normal and that the pandemic would be around for a few more years until the discovery of a vaccine and the people have mass access to it. Which is over a year away by even the most optimistic measure.

A few months back, the discovery of the Minuwangoda cluster would have been mass hysteria, panic buying and a prolonged lockdown. However, there is also an emerging understanding that such hyper reaction does more harm than good. In some places, such as India, an out-of-the blue lockdown was the source of pain and suffering, and a catalyst for the dissemination of the virus to the rural corners, as poor migrant workers, made unemployed trekked hundreds of miles to return to their villages. They brought the virus with them to the far-flung corners that were least prepared for the pandemic.

A middle path of a combination of strategies of suppression and contact tracing that also takes into account the necessary economic and social trade-offs is the most rational approach.

Yet, the latest discovery also reveals a growing sense of complacency. Employers who have incurred financial burden of the lockdown and global economic slump may be putting health considerations to the back-burner in order to salvage whatever available orders to keep the business afloat. Such shortcuts can have serious consequences.

Also, Sri Lanka’s anti- corona strategy is increasingly being dominated by the military top brass, and not the doctors. That can also create a false sense of complacency. There again the shortcuts might lead you astray. Not to mention the long-term social implications of militarisation. You don’t need surgeons and epidemiologists if the men in uniform could decide on the national health policy. That is where a host of countries, such as Pakistan went wrong in their nation-building exercise. Their consequences were worse than corona.