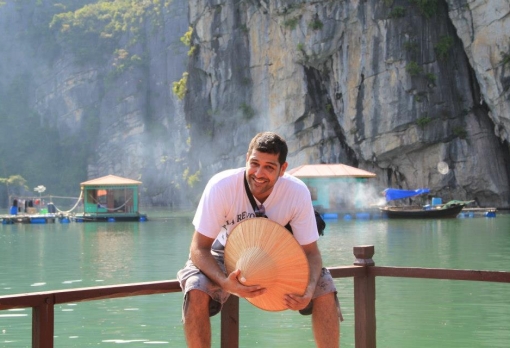 Khuram Shaik, who died in an attack in Sri Lanka on Christmas Day 2011.

Travelling to Sri Lanka to try and find out about his constituent’s murder, Simon Danczuk learned that when politicians are implicated, justice is kicked into the long grass.

Khuram Shaik, who died in an attack in Sri Lanka on Christmas Day 2011.

It was in the basement of the Sri Lankan Criminal Investigation Department where I found out how my constituent Khuram Shaikh had died in a cowardly attack on Christmas Day, 2011. Although it was midday, the windows were blacked out and we sat and listened as a group of senior police officers took us through the case. My stomach churned as we learned of the sickening and horrific details of the completely unprovoked attack that Khuram and his partner had been subjected to. Khuram, it would appear, had died trying unsuccessfully to stop his partner being violently abused by a group of drunken men who had burst into a private function. For a few moments we just sat in silence listening to heavy rain hammering the compound outside.

I’d flown out with Khuram’s brother 24 hours earlier to try and get answers on how this much-loved Rochdale Red Cross Worker had been murdered while on holiday – and why progress on his case had ground to a halt. I had my suspicions on the latter, not least because the chief suspect in the case, a local politician called Sampath Chandra Pushpa, has close ties to the president.

Everyone we spoke to explained that when politicians are implicated, justice is kicked into the long grass. “Politicians here get away with everything, they’re completely untouchable,” was a view I heard time and again. It was hard not to conclude they were out of control. In the 48 hours I spent there, another two British tourists were hospitalized by an attack from a politician. I heard shocking stories of tourists from all over the world being subject to sexual attacks, and a local newspaper ran a cartoon referring to hundreds of Sri Lankan families having lost loved ones to “violence unleashed by political goons”. When I told a journalist that back in the UK a cabinet minister had just been jailed for lying about speeding points he burst out laughing and assumed I was joking.
In a country subject to increasing international scrutiny over human rights violations and its neglect of the rule of law, Khuram’s case has become hugely symbolic. I hadn’t anticipated the level of media interest we’d get out there – our visit made front page news – or the support we’d receive from Sri Lankan people. They are embarrassed and ashamed by Khuram’s murder and tired of cases involving politicians being delayed by endless excuses.
It took just a few weeks for the Government to impeach its chief justice earlier this year, an event that has hardened many people’s views on the politicization of Sri Lanka’s judiciary, but 15 months on from Khuram’s murder all eight suspects are out on bail, the politician has been allowed back into the ruling party and we’re no further to securing a trial date.

One date that is known, however, is the Commonwealth heads of government meeting, which takes place this November in Sri Lanka. Amid growing calls in the international community for the meeting to be moved to another country, Khuram’s case has caused a lot of Sri Lankan soul searching around the suitability of their country to host such an event.

“There is a need to provide strong examples of how the rule of law is still respected in Sri Lanka,” admitted an editorial in the Daily FT, adding that the strongest impact would be “fast tracking the process” in Khuram’s case.
“What is significant in this incident is that alleged irrational, irresponsible and immoral politicised killings have not only tarnished the country and its tourist industry,” added an editorial in the Sri Lankan Daily Mirror, but even affected the Commonwealth Summit. Instead of constantly condemning international conspirators in the West, it concluded, the Sri Lankan Government should know that “the worst enemies are under its own roof.”
The UK Government remains undecided on whether the Prime Minister will attend November’s Commonwealth summit in Colombo. David Miliband has said it would be “grotesque” of the Queen to attend. But I would go much further. If the Queen does attend, she could come face to face with the politician who’s suspected of brutally murdering the British tourist, Khuram Shaikh.

Such a spectacle would make a mockery of Commonwealth values and undermine over 60 years of progress.

Simon Danczuk is the Labour MP for Rochdale
NS