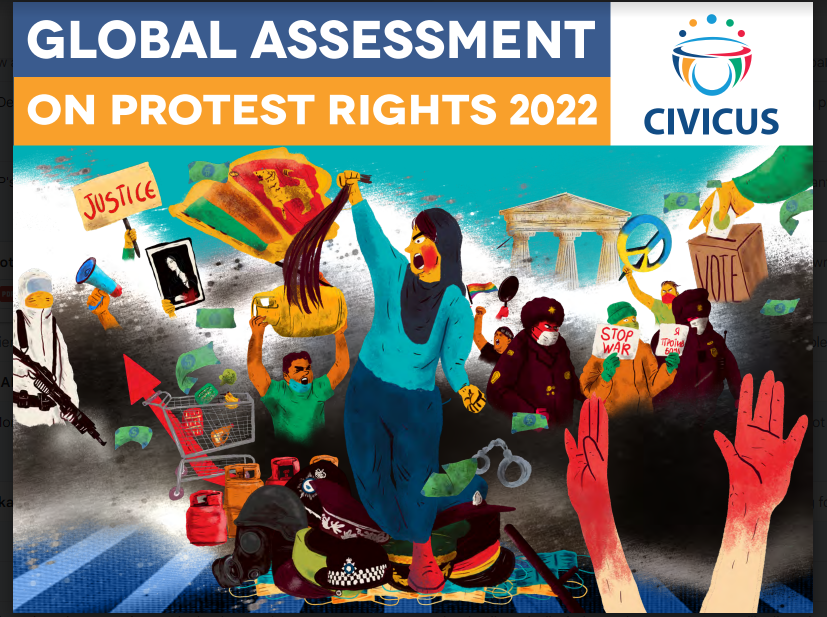 Around the launch of its global report on protests, CIVICUS, a global civil society alliance, calls on the government of Sri Lanka to halt its assault on the right to protest, investigate all violations by security forces and bring the perpetrators to justice. These actions appear to be inconsistent with Sri Lanka’s obligations in the UN International Covenant on Civil and Political Rights (ICCPR).

Monitoring by the CIVICUS Monitor has shown that in Sri Lanka, the government repeatedly used state of emergency regulations to curtail mass protests that began in March 2022 related to the economic crisis and to arrest and detained suspects without warrants and due process safeguards. Police also used excessive and unprovoked force, including tear gas, water cannons and rubber bullets against peaceful protesters and bystanders. Journalists have also been targeted for their reporting on the crisis and protests.

In July 2022, a coordinated joint operation by the Sri Lankan military, police and special forces forcibly removed parts of the three-month-long ‘Gotagogama’ rolling peaceful protest site in front of the Presidential Secretariat in Colombo. Security forces severely beat protesters and lawyers and removed many tents from the pavement.

Human rights defenders and activists have also been targeted and some remain in detention. In August 2022, General Secretary of Ceylon Teachers Union Joseph Stalin was arrested while in September 2022, the National Organiser of Youth for Change (YFC), Lahiru Weerasekara was arrested as he was returning on his bike from a peaceful protest at Galle Face. Student activist Wasantha Mudalige remains in detention under the draconian Prevention of Terrorism Act (PTA) while Galwewa Siridhamma Thero was released on bail on 23 November 2022 but immediately rearrested. They were both arrested around the student protests on 18 August 2022.

Sri Lanka was one the four countries in the Asia Pacific region where the killing of protesters was documented over the year. In April 2022, police opened fire on a large group of protesters in Rambukkana, killing one person and injuring 12 others.

All across the Asia Pacific region, from Afghanistan to Fiji, the right to protest continues to face restrictions and attacks.