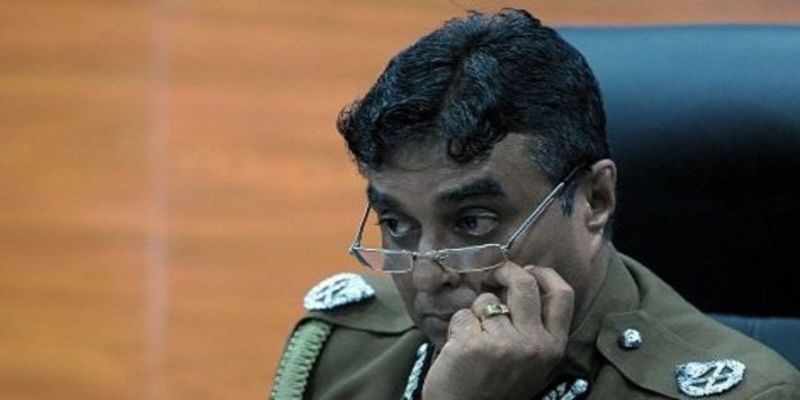 Image: The 19th Amendment had nothing to do with the removal of an IGP.

The escalating clash of words (hopefully, not arms) between the Attorney General (AG) and the acting Inspector General of Police (IGP) over the failure to ‘immediately’ file charges against an interdicted High Court judge on the basis of allegedly attempting to fabricate evidence as revealed in leaked phone conversations with a parliamentarian, has thrown up some interesting dilemmas.

Post 2019 Presidential polls, Sri Lanka is witnessing the stage being set for a wholesale overhaul of our constitutional systems. This drama is being beautifully played out in a scenario where the Offices of the AG and the IGP have become central points of dispute. That frames an overall attack on constitutional institutions in the name of ‘stability’ and ‘national security.’

First, we have an interdicted Inspector General of Police (IGP) in jail over dereliction of duty in the 2019 Easter Sunday jihadist attacks and only last week granted bail. Yet, this individual, and wondrously so, remains Sri Lanka’s IGP. Parliament, it seems, in all its collective wisdom, or lack thereof which is more the case has not seen fit to bring in the statutory removal process for this IGP. Instead, leading lights (I use that term in its most caustic sense), of the Pohottuwa and Sri Lanka Freedom Party (SLFP) lambast the 19th Amendment for not ‘permitting’ the President to remove the IGP.

But the 19th Amendment had nothing to do with the matter at all. It is the Removal of Officers (Procedure) Act (2002) ancillary to the 17th Amendment, which brought in statutory safeguards in respect of the removal of the IGP and the AG, akin to the parliamentary process regarding the removal of superior court judges. That was close to thirteen years before the 19th Amendment.  Regardless, this has formed part of the Pohottuwa ‘whipping boy’ strategy to banish the 19th Amendment to constitutional limbo. But there is a question left hanging in the air. Now that an uneasy coalition of the Pohottuwa and the SLFP has grabbed the reins of power, why is the statutory removal process of the IGP not initiated on the floor of the House? It is not so difficult after all.

That ‘missing’ Admiral and the law

Second, in this litany of strange happenings, a fact-finding Commission of Inquiry has seen fit to direct the AG to ‘halt’ prosecutions in an ongoing prosecution, which directive has been refuted outright by the AG. This highly controversial case concerns the abduction of Tamil and Muslim children allegedly by high state officers between 2008 and 2009 who were held in navy bases in Trincomalee and Colombo before being ‘disappeared.’ To add to this, there is the puzzle of the ‘missing’ Admiral, cited as a key person of interest in this case who has not appeared in court despite summons being repeatedly issued on him.  Reportedly, Admiral Wasantha Karannagoda, Sri Lanka’s former navy commander has also not appeared before the Commission of Inquiry

Third, in returning to the current dispute between the Attorney General (AG) and the acting IGP, the AG has, expressing displeasure about the failure to charge the interdicted High Court judge,  reminded the acting IGP of the duty to abide by the constitutional imperatives in Article 12 of Sri Lanka’s Constitution regarding all persons being ‘equal’ before the law coupled with the duty towards non-discrimination. One is tickled pink, as they say. There is a constitutional irony here that is too rich to be missed. So we have one arm of the State (chief legal officer) advising the other arm of the State (chief albeit acting law enforcement officer) to act according to the Constitution. The annoyance of the AG is evidenced by the fact that, instead of jumping to obey as the police would generally do on the direction of the AG as many luckless citizens have experienced to their cost undergoing miscarriages of justice, this time, it is different.

We were first told that the acting IGP has constituted a committee to look into the AG’s directive. It appears that the police has adopted the time dishonored tactic of the leader of Sri Lanka’s main opposition, the United National Party, to appoint a committee as a time-saving until the heat dies down. Thereafter, it seems that the police have put forward the remarkably novel argument that they are not sure of the jurisdiction of the case or in other words, in what court should the charges be filed.

However, the AG, whose approach strongly brings to mind, the relentless pursuing of hounds in search of their terrified prey, has not given up easily. Castigating the police for failure to act, he has reminded them that questions regarding jurisidiction et al could have been clarified from his office. As to how this saga will unfold remains to be seen. But this matter of the Constitution and the law being cited by one arm of the executive to ‘advise’ its other arm  is a curious thing.

Not so long ago, President Gotabhaya Rajapaksa also quoted the law but with a seemingly different emphasis as he advised the acting IGP to carry out arrests ‘only when absolutely necessary and upon a decision taken with utmost care and in strict compliance of the law.’ In fact, the statement issued by the Office of the President at the time, pointed out that arrests of individuals results in the serious deprivation of liberty of citizens, loss of reputation and standing in the society.’ Thus, it was observed that ‘ due respect should be given by officers discharging such duties to the Members of Parliament as representatives of the people and professionals…’

Here too however, it was pointed out that the law should be applied equally to all citizens without any discrimination whatsoever. Arrests should not be  carried out for extraneous purposes and without undue influence, the President said. The point however, is that whether it is the AG or the President who issues these injunctions to the police, the not-so-subtle message in these missives are aimed at the public, not the targets identified as such.

To the extent that the police is presumed to know the Constitution and the law under which it acts, these communications speak to a fundamental dysfunction in government, a dilemma that Sri Lanka is long familiar with, regardless of who is in power. The police has always remained the plaything of politicians and at times, the hapless object of pressure from both sides or all sides.

The only way to meet this is to build strong institutions, not confer politicians with more powers as some seem to prefer. The limited success of this institution-building process must not lead to its complete abolition or the casting aside of the 19th Amendment in its entirety. True, its problematic provisions (often commented upon in these column spaces) must be revised. But that is not the objective of anti-19th Amendment propagandists. Rather, the aim is to clean the decks for the sweep of all constitutional safeguards against arbitrary executive power. They even target the 17th Amendment which was perhaps the one amendment, genuinely brought to strengthen peoples’ power against the political establishment.

Their efforts must not succeed, for the good of this long-suffering land.