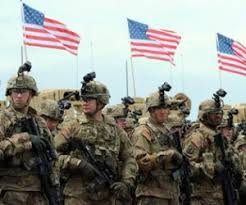 In view of its strategic location in the Indian Ocean, Sri Lanka is of interest to both Washington and Beijing as they seek to increase their presence in the Indian Ocean. Washington’s latest attempt to improve its position in Sri Lanka involves renegotiating the Status of Forces Agreement (SOFA) originally signed in mid-1995 when Beijing was not on the scene.

However, opposition to the renewed SOFA within Sri Lanka has been intense on the grounds that it would involve establishing U.S. bases in the island and thus compromise the country’s sovereignty. Indeed, U.S. Secretary of State Mike Pompeo’s decision to cancel his visit to Colombo on June 27 has been attributed to rising local opposition against the signing of SOFA. Sri Lankan President Maithripala Sirisena, who heads the centrist Sri Lanka Freedom Party (SLFP), has been forthright in ruling out the presence of any American troops or base on the island. Sri Lankan Army Commander Mahesh Senanayake is similarly inclined, telling local media that he would not sign the SOFA. Sri Lankan Defense Secretary Gen (Rtd) Shantha Kottegoda also objected to the SOFA, saying that foreign troops were not needed in Sri Lanka. Opposition to SOFA has also been expressed by Mahajana Eksath Peramuna (MEP), an Sinhala ultra-nationalist party closely aligned to Rajapaksa-led Sri Lanka People’s Party (SLPP) and the Marxist Janatha Vimukthi Peramuna (JVP).

Prime Minister Ranil Wickremesinghe, who heads the right-leaning United National Party (UNP) that enjoys a majority in parliament, is responsible for renegotiating the SOFA. On July 10, Wickremesinghe told parliament that the proposed SOFA “was not a military pact but only an agreement establishing the rights and privileges that U.S. military personnel would enjoy if they were in the country,” according to Reuters. “The SOFA is a peacetime document,” he said. Wickremesinghe then went onto reassure parliament he would not support any agreement that threatens Sri Lanka’s sovereignty.

However, according to a leaked version of the SOFA obtained by Sri Lanka’s Sunday Times on June 30, the agreement would permit the free movement and passage of U.S. military personnel, vessels and aircraft in the country. Sunday Times drew attention to a clause in the leaked document waiving criminal jurisdiction over U.S. personnel while in Sri Lanka, causing particularly strong criticism.

In an attempt to allay fears about SOFA, the U.S. Mission in Sri Lanka has begun to refer to the proposed agreement as a Visiting Forces Agreement (VFA) giving it a much softer tone by underplaying the notion of U.S. forces becoming a permanent feature in the island’s political landscape. Pushing this line, U.S. Ambassador Alaina Teplitz told the local media that the proposed agreement was primarily designed to address a number of red tape issues. She insisted the United States had “no plan or intention to establish a US base in Sri Lanka.” But many in Sri Lanka found it hard to swallow her claim that China is not the motivating factor behind U.S. interest in a military agreement Sri Lanka. It is a common belief among Sri Lanka’s political players and analysts that U.S. interest in Sri Lanka is predicated on the December 2009 U.S. Senate Foreign Relations Committee report, “Sri Lanka: Re-charting US Strategy after the War.” That report noted that the United States cannot afford to ‘‘lose’’ Sri Lanka to China. There is no indication that this approach has changed under the current Trump administration.

Also, Teplitz, in her attempt to address concerns about U.S. soldiers enjoying immunity for offenses committed in Sri Lanka, implied that arrangements would be in place for U.S. soldiers to be tried by U.S. courts should they breach any law just like Sri Lankan soldiers accused of crimes overseas were subject to trial in Sri Lankan courts. If she meant this to reassure, it was a bad example. Sri Lanka has never prosecuted a single soldier for sexual misconduct while serving in a peacekeeping mission abroad in Haiti, despite over 100 being accused of running a child sex ring. Thus the U.S. ambassador had only managed to deepen suspicions that U.S. soldiers too may be able to get away with crimes.

Caught between the mounting hysteria about the SOFA and the ambassador’s unhelpful remarks, Wickremesinghe is finding it hard to convince his detractors. As a result the renegotiation of SOFA appears to have run into trouble. However, given Colombo’s significance in the U.S. Indo-Pacific Strategy the United States is unlikely to give up.

Ana Pararajasingham was Director-Programmes with the Centre for Just Peace and Democracy (CJPD). He is the author of “Sri Lanka’s Endangered Peace Process and the Way Forward” (2007) and editor of “Sri Lanka 60 Years of ‘independence and Beyond” (2009).