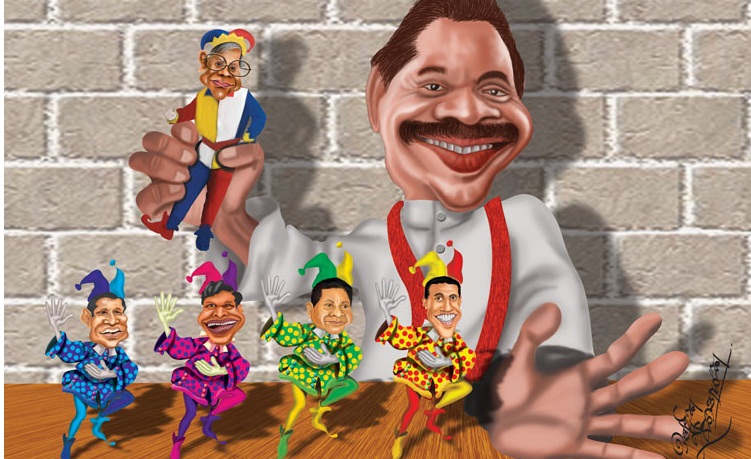 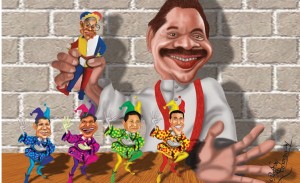 This morning, according to reports, the main gates leading to the Supreme Court of Sri Lanka remained closed and heavily guarded in order to prevent the Chief Justice, Dr. Shirani Bandaranayake from entering in order to continue to function as the legitimate holder of the post of Chief Justice. She has rejected the ouster by the president as illegal. Her view is supported by the judgement of the Court of Appeal delivered last week on the basis of the interpretation of the law regarding article 107(3) of the Constitution which deals with the removal of judges of the superior courts.
Meanwhile President Mahinda Rajapaksa has picked Mohan Peiris, who is known to be involved in the business affairs of the Rajapaksa family, as her replacement. Mr. Mohan Peiris who heads many business enterprises after his retirement as the Attorney General has been chosen for no other reason except for his expected blind loyalty to the president and his family.
Blind loyalty to the president is now the criteria and the question of legality has now been replaced with this imperative for such loyalty. With the president dismissing the respect for the Constitution as interpreted by the Supreme Court as an irrelevant factor to the affairs of the state it is quite natural that he no longer wants any kind of loyalty to the law as a criteria to be followed by the Supreme Court as well as other courts of the country.
Mr. Mohan Peiris’ record as the Attorney General has amply demonstrated his capacity to prefer expediency over legality. He has quite daringly withdrawn indictments against persons who were initially indicted by the Attorney General’s Department on the basis that there is adequate evidence to proceed against them. He has also filed indictments against persons purely on political grounds which are well illustrated by the cases against the former general, Sarath Fonseka who contested the election as the common candidate against President Mahinda Rajapaksa. He has also glaringly abused the Attorney General’s powers for personal purposes such as to help the clients he formerly represented. Above all he has abused the powers of noli prosecue in order to acquit persons who were undergoing investigations into serious crimes such as murder. He has a proven capacity to manipulate the law to suit the political requirements or requests by the government or those who are associated with the government.
His task as the Chief Justice would be, above all, to attack the judges who will still want to act independently and whose sole loyalty is to the law. His job will be to subdue them and create a consensus to support the president and those associated with the government unconditionally. An associated aim would be to ruthlessly suppress the lawyers who in recent times have risen to uphold the rule of law and to protect the dignity and the rights of the individuals as against the repression and suppression of the government.
It is quite symbolic that on the morning of the day of his appointment the gates of the Supreme Court were closed and locked. He is expected to keep them closed and locked to ensure that any citizens demanding justice should not enter the premises.
To daringly defy the rule of law in favour of the government is the task expected from him.
On the occasion of the signing of the letter of removal of Dr. Shirani Bandaranayake we stated that this marks the end of an era, the end of “the good old days” where the courts were expected to play the role of the protector of the freedoms and liberties of the citizens. The era that has now begun is when the courts are expected to be instruments of repression supporting the government at all costs.
Mr. Mohan Peiris would be rightly called the President’s Chief Justice (PCJ).
The only path that is open for judges, lawyers and the freedom loving citizens is to resist and oppose this whole scheme of constitutional dictatorship.
– Asian Human Rights Commission
SLG
Share
Facebook
Twitter
WhatsApp
Pinterest
Email