The Powers of the National Police Commission 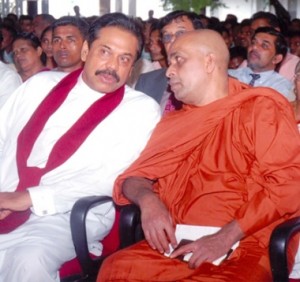 By Lakshman Indranath Keerthisinghe
Politics are now nothing more than a means of rising in the world – Samuel Johnson Boswells Life of Johnson.
The National Police Commission, was inaugurated in November 2002 on the recommendation of the Constitutional Council. under the 17th Amendment to the Constitution. It became defunct due to the failure to appoint new
Commission members after the terms of the Commission and its Chairman lapsed in April 2009.
The Parliamentary Council constituted under the Eighteenth Amendment, which met on Wednesday 15th February 2012 has approved the names proposed by President Mahinda Rajapaksa to the seven-member National Police Commission. The reactivation of the National Police Commission was one of the recommendations by the Lessons Learnt and Reconciliation Commission (LLRC). President’s Counsel and former High Commissioner to Australia, Senaka Walgampaya has been appointed Chairman of the Commission. The other nominees approved by the Parliamentary Council are Ven. Elle Gunawansa Thera, D. Dissanayake, Mrs. Charmaine Madurasinghe, R. Sivaraman, M.M.M. Mowjood and the former Chairman of ITN Newton Gooneratne.

Repealed
The powers of the National Police Commission which existed under the Seventeenth Amendment in Chapter XVIII a under Articles 155(G),(H)(I)(K) and (L) have been repealed by Articles 28 up to 32 of the Eighteenth Amendment. Thus, the powers of appointment, promotion, transfer, disciplinary control and dismissal of Police Officers other than the Inspector General of Police, which were vested in the Commission, including the exercise of its powers of promotion, transfer, disciplinary control and dismissal in consultation with the Inspector General of Police as mandated by Article 155G (1) (a).of the Seventeenth Amendment have been removed.
Under Article 155FF the Commission is empowered to establish procedures to entertain and investigate public complaints and complaints of any aggrieved person made against a Police Officer or the Police Service and to provide redress in accordance with any law enacted by Parliament. Article 155FFF empowers the Commission to make rules for such matters which require rules to be made, which rules shall be published in the Gazette. Thus the powers of the Police Commission have been greatly reduced and limited to the powers mentioned above rendering it toothless. The Commission may with the expertise of its Chairman and other members acquire further powers or expand the ambit of its powers by the promulgation of such rules and regulations through the said provision.

It is understandable that the appeals to the Administrative Tribunal established under Article 59 available to any police officer aggrieved by any order relating to promotion, transfer, or any order on a disciplinary matter or dismissal made by the Commission have been terminated by the repeal of Article 155L.as the Commission has no such powers with the amendments made by the Eighteenth Amendment. The delegation of the powers of

appointment, promotion, transfer, disciplinary control and dismissal of any category of police officer to the Inspector General or in consultation with the Inspector General of Police to any police officer subject to such conditions and procedures as may be described by the Commission has been retained by Article 155 J(1) which has not been repealed by the Eighteenth Amendment. Such delegation appears to be mandatory in the absence of provisions empowering the Commission to directly deal with such matters.

Reactivation
Senior Minister for Human Resources D.E.W. Gunasekara commenting on the reactivation of the Police Commission said that. “The reactivation of the Police Commission is important at this point as relations between the police and the people are severely strained. The Police Commission has a big responsibility to create an environment for the police to act independently and make the Police Department an active independent body.” Speaking further, the Minister said that: “The Police Commission should also realise that though they are appointed by the Government they are responsible to the people of this country and not the Government. This is the basic fact they need to keep in mind when carrying out their duties as members of the Independent Commission”,With the greatly restricted powers vested in the National Police Commission whether it could meet the aspirations of the Minister appears to be a distant dream. As stated by Samuel Johnson and quoted at the outset, the politicians in Sri Lanka appear to be using politics as a means of rising in the world by increasing the powers of the executive presidency to such heights as seen in the promulgation of the Eighteenth Amendment to the Constitution so as to render the Institutions set up for the welfare of the public virtually powerless.
The writer is an Attorney at Law
LS