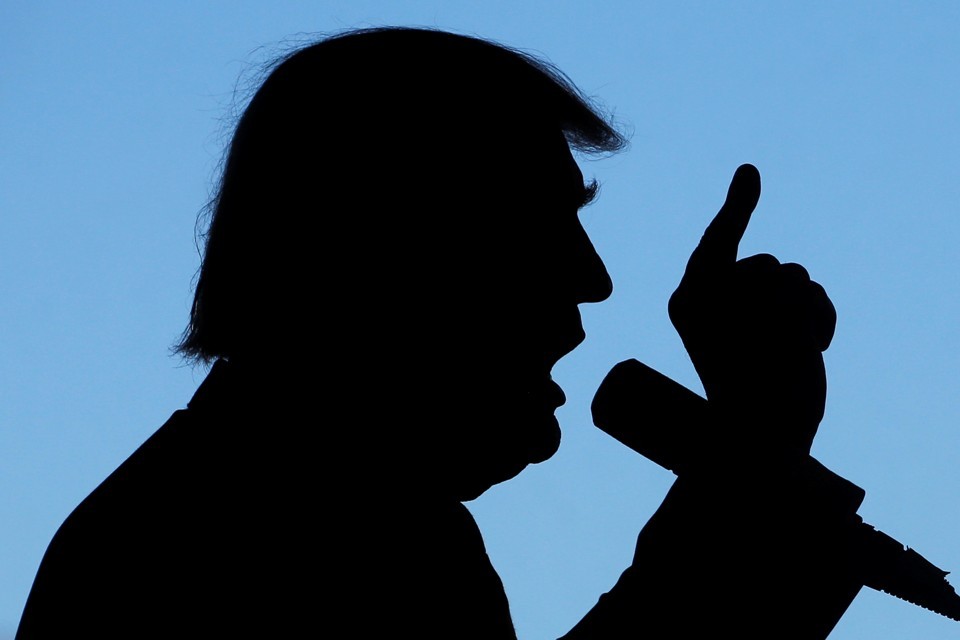 Five years before he was stabbed to death, Maldivian blogger Yameen Rasheed wrote an analytical piece in the Himal magazine about his country’s gradual descent into the mire of Islamic fundamentalism. A Tool for the Atollsii details the weaponisation of Islam by Maldivian rulers to gain and consolidate political power. The practice began with Abdul Gayoom who captured power on an Islamic platform. In 2012, a virulent oppositional campaign led by fundamentalist parties forced the democratically-elected president Mohamed Nasheed to resign.

Yameen Rasheed on the Maldives

Yameen Rasheed points out that Mr. Nasheed was, to some extent, the author of his own political demise. He made the cardinal error of trying to neutralise the growing fundamentalist forces by accommodating some of them in his cabinet. His argument was that an oppositional policy would drive the extremists underground. Unfortunately, the induction of the Adhaalath Party into the cabinet did not stem the tide of extremism; instead it gave extremists legitimacy, a slice of formal political power and a foothold in the system.

Traditionally, most Maldivians followed a moderate form of Islam influenced by Sufism. This liberal faith was slowly undermined by hardline influences coming from Saudi Arabia and Pakistan. Yameen Rasheed used his writings to oppose and ridicule the growing fundamentalism in his country. His writings, especially his popular blog, The Daily Panic, earned him the wrath of the authoritarian government and the hardline Islamists alike. Barely a month after he and a friend won an international award for developing an app to connect patients suffering from blood diseases (ex. Thalassimia) with hospitals and blood-donors, Mr. Rasheed was murdered.

Mr. Rasheed had complained to the police, many times, about the threats to his life, to no avail. After his murder, his parents wrote a letter asking the police not to fail their son in death as they did in life. In a country where religious fundamentalism and political authoritarianism are open bedfellows, that plea is not likely to be answered.

The opposition movement which ousted Maldives’ democratically-elected President Nasheed was an early manifestation of the populist wave which is currently threatening democracy and pluralism across the globe. This anti-democratic and anti-pluralist wave marked its next victory in India. In 2014, Narendra Modi and his BJP won power in the world’s most populous democracy on a populist platform which combined rightwing economics, social-conservatism, political illiberalism, Hindu extremism and anti-environmentalism.

It was thus unsurprising that many Hindu fundamentalists (like many Sinhala-Buddhist supremacists) supported Donald Trump against Hillary Clinton. It is also not surprising that one of the first victims of the post-election racist resurgence in the US was an Indian-American. Srinivas Kuchibhotla, an engineer, a legal immigrant and a product of American universities, was killed by a white Navy veteran who, minutes before the fatal shooting, told his soon-to-be-victim, “Get out of my country.”

That statement encapsulates the essence of the current wave of populism: ethno-religious racism. The declared aim of this populism is to protect the chosen people and their homeland from encroaching aliens and emasculated elites. The People are seen as homogeneous, virtuous and perpetually threatened from within and without. The People can win if they “make their voices count through the populist leader/party…. In this way populists play on the idea of communities which had lost what they once had and will lose everything if they do not find their voice now and make it heard.”iii

Populism is hardly a new phenomenon. It is a wave which ebbs only to flow in another time. But race/religion rather than class is at the heart of the current wave of populism primacy; it is blood-and-faith nationalism in a slightly different, semi-modernist, guise. It aims to save the religio-racial community by cleansing it of alien presences and alien influences. Even when it places itself firmly within the democratic mainstream – as in the case of Narendra Modi or Donald Trump – its policies and practices cannot but undermine pluralist democracy from within. By their very success they are already giving rise to a new normal, as indicated by the barely reported attacks on Muslims in India and the parading white-supremacists in America. When these leaders leave power, they will leave behind societies and polities in which intolerance and extremism have become normalised.

Where Ignorance is Strength

Populism flourishes best where there is economic loss and pain. Populist leaders succeed in their power-grabs by addressing that economic pain and harnessing it to their projects. Consequently, many (if not most) populist projects contain a fairly prominent economic content, starting with redistributive measures aimed at alleviating more extreme inequalities, at least to some degrees.

This progressive component is totally absent in the current wave of populism. It has no redistributive intent, no measures aiming at alleviating economic or social injustice. Its economic programme is neo-liberal with one exception, the advocacy of a degree of protectionism. Its redistributive agenda consists of dispossessing aliens. Every economic problem besetting the People is attributed to rapacious foreigners who take our jobs, our money and our land and undermine our age-old culture in a thousand insidious ways. In this rhetoric, fear is substituted for reason or logic. When facts stand in the way, they are derided and rejected as fake-news. Populism always needed a heavy dose of ‘alternate-facts’, but in its current manifestation it operates solely within a universe of ‘alternate-facts’.

Populism always had a knack to inveigle the populace to support projects which went against their fundamental interests. The current wave of populism excels at it. The American rightwing (especially the Ult-right) depict any increase in the minimum wage as a measure aimed at conferring special benefits on migrant workers. According to latest research, 50% of white-American working class males are opposed to an increase in the minimum wageiv. That is an example of how effectively racism can be used to stupefy entire communities and make them oppose policies which are in their own interests.

In Orwell’s Oceania, ignorance is strength. Populism in its current incarnation openly glorifies ignorance. Donald Trump, speaking after the Nevada caucus, hailed the poorly educated as the smartest and most loyal people. Thus a new notion of a model citizen is created, someone who is happily uneducated, proudly ignorant and boastfully uninformed. Lack of education or information is not seen as a problem to be remedied but as necessary virtues to become a good citizen in the new populist utopia.

In Sri Lanka, a facebook post (in Sinhala) claiming that Islamic State (IS) operatives, disguised as health workers, are wondering from house to house injecting householders with the aids virus has gone viral. As a result, health officials in many areas are being prevented from carrying out an anti-filarial campaign, as the Health Ministry complained to the policev. The insane warning is a translation of a facebook post which similarly went viral in India. That post seems to be a spinoff of a 2014 facebook post which claimed that the IS was injecting AIDS virus into oranges!

The facebook post is a classic example of how existing racism is used to create fake news which in turn exacerbates racism to the point of hysteria. The fact that there are people out there who can take such a canard seriously creates understandable fears about the future of democracy and civil-peace in Sri Lanka.

The Populist Genie is out of the Bottle

Populism suffered significant politico-electoral defeats in Austria, The Netherlands and (most spectacularly) France. Despite these setbacks, the current wave of populism is far from spent; nor is Sri Lanka invulnerable to it.

Eric Hobsbawm argued that the purpose of government is not to look after the gifted minority but to care for the ‘ordinary run of people’: “Any society worth living in is one designed for them, not for the rich, the clever, the exceptional, although any society worth living in must provide room and scope for such minorities.”vi The goal should be building meritocracies committed to the alleviation of ordinary problems of the unexceptional majority. Inequality and injustice flourish in the absence of such policies, creating a fertile breeding ground for populism.

History warns that politico-cultural liberalism cannot flourish – or even survive – in the absence of socio-economic democracy. It is a lesson which is of paramount importance to post-Rajapaksa Sri Lanka. Inequality’s destabilising impact can assume particularly deadly forms in lands like ours with long standing ethno-religious fissures and discontents. Politicians in turn can use these to open a fast-track to power. Commenting on the mutually sustaining relationship between anti-people development and the rise of fanaticism, President Premadasa warned, “Sinhala villagers felt increasingly shut out from power and privilege which continued to be enjoyed by the few. These feelings of being denied access to a better life took an ethnic character when some of our leaders found it expedient to divert their emotions along ethnic lines.”vii

In 2013, the Fashion Bug outlet in Pepiliyana was attacked, consequent to a rumour of a 15 year old Sinhala-Buddhist employee of being raped, within the premises, by a Muslim fellow-employee.

Less than a fortnight before this incident, Bhikku Galagoda-Atte Gnanasara had launched an uncouth diatribe against the Muslim owners of the clothing chain, accusing them of conspiring to turn pure Sinhala-Buddhist maidens into harem-inmates.viii

When the then President Mahinda Rajapaksa was asked about this and other anti-minority incidents during a 2013 Al Jazzera interview, his response was not condemnation, but justification based on lies as insane as the one about the IS injecting oranges with the Aids virus. “What was in the background? Why were they attacked? Now see a girl was raped. Seven years old girl was raped. Then naturally they will go and attack them whether they belong to any community or any religion… There were incidents like that. All incidents have some background to that.”ix

Galagoda-Atte Gnanasara who almost created a Black July in Aluthgama is stirring the mire again. He wants to launch a campaign against Niqab. He is also challenging the primacy and authority of the Mahanayakes, whose relative moderation is a bar to his attempts to create a Wahabi-Buddhism. He wants Mahanayakes to be elected only for five years. He also wants the government to stop dealing with the infinitely more moderate and rational Buddhist hierarchy and deal with “monks and officials at ground level”x – him and others of his ilk.

The comments might seem like ravings of a madman, and indeed they are. But they need to be taken seriously because they also mark the first step in a planned ‘reformist’ movement from below, which aims at systematically eliminating every iota of moderation and tolerance in Sinhala-Buddhism and turn it into another Wahabism or Salafism. If this plan is even ten percent successful, the damage it can do to Sri Lanka and all its people, especially the Sinhala-Buddhists, would be incalculable.

The Joint Opposition’s successful May Day seemed to have given the government a necessary jolt. But whether this will make the government deviate from its path of economic and political inanity is uncertain. For example, the plan to impose a huge tax on the EPF is still on track. If the Cabinet approves of it, the President will find himself facing a situation worse than what the Rajapaksa government did when it tried to impose a Kleptocratic pension plan on the private sector. The fact that the government cannot understand that a measure like this can turn the entire private sector workforce, from top to bottom, against it, indicates a terrifying absence of basic commonsense and enlightened self-interest.

Unintelligent and insensitive governance is dangerous under any circumstances. It is lethal when a particularly virulent and divisive populist wave is heaving near the shore.

vii A Charter for Democracy