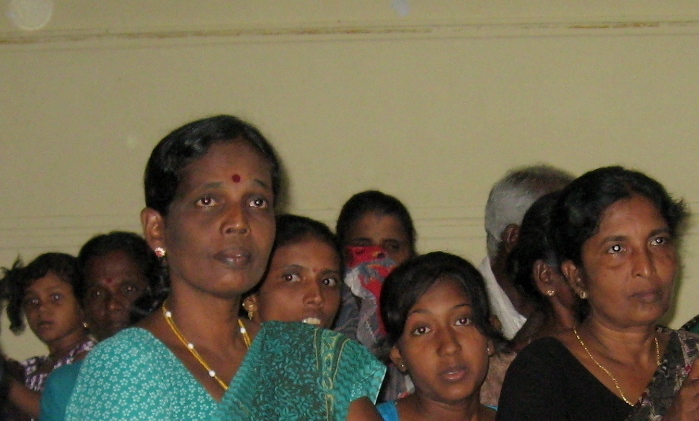 “Don’t force political issues on the Pope, don’t use his visit to Sri Lanka for political ends”: the Archbishop of Colombo, Cardinal Malcolm Ranjith, sent out a clear appeal to the Sri Lankan government and the opposition. Francis’ visit to the country (13-15 January 2015) comes right before the presidential elections. Given how heated the situation there is, the Pope’s visit could easily be exploited for the purposes of propaganda, particularly by the government. The wounds of civil war are still fresh, there are still tensions between the Sinhalese and the Tamils and Buddhist fundamentalism and nationalism is ever present. The Sri Lankan Church has asked for the suspension of rallies and other initiatives linked to the election campaigns during Francis’ three-day visit to the island.

Once the Pope’s visit became official, the media leapt at the chance to publicize the possibility of the occasion being exploited for political purposes. The Church formally announced the schedule for the papal visit by publishing the official logo and the theme, inspired by John’s Gospel: “Remain in my love”. Ranjith informed that the Pope would be arriving in the capital Colombo on 13 January and that he will be welcomed exclusively by the country’s heads of state. That evening he will meet President Mahinda Rajapaksa followed by a delegation of religious leaders. The next day he will celebrate mass on the capital’s largest beach and in the afternoon he will visit the Marian sanctuary of Madhu in the Tamil area, where he will also celebrate a special mass for reconciliation.

This will be one of the key aims of his trip: to encourage Sri Lankan faithful (7% of the population) to be a bridge between the two ethnic groups after a civil conflict that lasted 26 years. With this in mind, during their visit ad limina to the Vatican last May, the island’s bishops emphasized their wish for Joseph Vaz (1651-1711) to be canonized. Vaz was beatified by John Paul II in 1995, during his visit to Sri Lanka.

Vaz, an Indian priest belonging to the Congregation of St. Filippo Neri, is considered the co-founder of the local Catholic Church, which he saved during the period of anti-Catholic persecution at the hands of the Dutch Calvinists. Vaz launched an intense evangelization operation, leaving behind a mission of 70 thousand fervent Catholics, 15 Churches and 400 churches. He has been venerated by Sri Lankans for centuries and has the power to unite ethnic groups. The local Church is waiting for the Holy See to give the green light on Vaz’s canonization and according to Ranjith, this is still a possibility. It seems that the Congregation for the Causes of Saints is being quick in processing the cause and the process may be concluded by January.

But while ecclesial preparations are going ahead unperturbed, the country is going through a delicate political phase which exposes the Pope to the risk of exploitation. President Rajapaksa is trying to resist international pressure and according to informed observers intends to proceed with the election process as soon as possible: before the UN Human Rights Council passes a resolution which may censor the Sri Lankan government. The resolution is expected in March 2015. Indeed, Rajapaksa recently stressed his refusal to send observers to investigate into the war crimes which the regular army allegedly committed against the Tamil civilians in the final phase of the civil war, as the UN had requested. As a result, the UN could impose economic sanctions on Sri Lanka.

“The elections of 2015 and the run-up to them can be utilised to unfreeze the situation, prise open political space, catalyse reform and improve regime behaviour,” the Sri Lanka Guardian recently wrote. The current political situation in Sri Lanka is crystal clear: Rajapaksa is a strong leader at home, and enjoys support particularly among the Sinhalese and the Buddhists who form the majority. But with his hardline stance he has not succeeded in bringing about a real reconciliation with the Tamils. The government still exercises strict control over the Tamil minority, through a heavy military presence. Furthermore, Rajapaksa has openly stood in the way of transparency in relation to the war-crimes question. This is why the Tamils have turned to the international community.

Pope Francis may be dragged into this complicated domestic situation. On the one hand his presence means publicity for the government, on the other the Pope will be a voice for the Tamils who are seeking justice. But Francis has shown the world that he is full of surprises with gestures that break the mould.
– Vatican Insider