The Politics of the 13th Amendment and Election to the Northern Provincial Council: The Stakes Involved – perspective form the Left 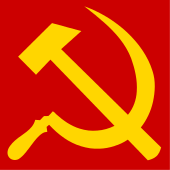 Surendra Ajit Rupasinghe:
The constitutional assault on the 13A is the follow up to the military conquest and occupation and political subjugation of the Tamil Nation by the Sri Lankan State commanded by the Rajapakse Regime. The legal and constitutional denial of any form of nationhood and statehood to the Tamil people cohabiting historically in the North-East is the singular objective behind the mounting assault on the 13A. This assault is to constitutionally declare the nullification of the political and legal status of the Tamil Nation and establish the undivided and undisputed supremacy of the Sinhala-Buddhist Nation throughout the Land.

What is the driving need for the Regime to establish this chauvinist supremacy and enforce this form of absolute hegemonic dictatorship?  It is not a simply a problem of a poisoned ideology, nor of a deranged megalomania. It is not an issue about extremism and fundamentalist forces on the fringe bearing on the Regime.

The legal and constitutional decimation of the 13th Amendment has to do with the political economy of the Regime and its conditions of survival. The construction of a highly centralized unitary State under the banner of Sinhala Buddhist supremacy whose absolute writ shall prevail throughout the length and breadth of the country is the prerequisite for the consolidation,  expansion and perpetuation of the Rajapakse dynasty and its Regime.  The insatiable appetite for absolute power, wealth and glory and the need to perpetuate it through dynastic succession has to be fed by a particular form of political economy. A political economy based on astronomical corruption and illicit, underground financial transaction that can grease the machinery of a crony-mafia-narco political economy. Securing untrammeled access to the economic exploitation and plunder of the human and natural resources of the North-East region, in alliance with foreign predatory powers is a foremost economic compulsion and priority of the Regime. It is backed by a whole range of corrupt, parasitic class agents tied to the Regime.   It is the foul smell of filthy lucre, of naked plunder, pillage and profit that drives the political economy of the Regime and its retinue.
The North-East region is being opened up as one of the most lucrative regions for wholesale pillage and plunder. The concentration on building infrastructure as opposed to giving priority to issues of livelihood, security, dignity, justice and democratic freedom has its economic logic. Maintaining the Tamil and Moslem people of the region in a state of political subjugation and military occupation provides the economic basis for driving the neo-liberal, crony-mafia Comprador Capitalist agenda of the Rajapakse Regime. A subject mass of dispossessed, oppressed people, deprived of any means of survival, desperate,  dependent and vulnerable offer the most fertile soil for unmitigated expropriation, exploitation and plunder. The envisioned – and on-going- expansion of tourism, agro-industry, trade and commercial activities, and sprawling development zones require the priority given to mega infrastructural projects. Projects which are also the sources of immediate commissions of truly astronomical proportion, feeding a class of parasitic contractors and a whole state bureaucracy, tied to the comprador economy. This development agenda and its political economy requires exercising unlimited, untrammeled and undisputed political hegemony and territorial consolidation of the entire North-East Region. Like the rest of the country, the North-East  is being split up between China, India, US, EU, Japan, Pakistan and other foreign powers, like slicing a cake. This is  while the World Bank and the IMF devour the life lines of our economy. The 18th Amendment, then the Divi Neguma, followed by the impeachment of the Chief Justice and her replacement by a trusted agent of the Regime, and now the assault on 13A are ultimately driven by the political economy of the Regime.  It is the condition for consolidating and perpetuating dynastic Comprador Capitalist rule and ensuring uninterrupted succession.

The war to militarily liquidate the LTTE and eradicate the threat of ‘separatist terrorism’ paved the way for the establishment of the political and ideological  hegemony of the Rajapakse dynasty. The move to decimate the 13th Amendment has now become the centerpiece for entrenching and enforcing a Sinhala-Buddhist, chauvinist-militarist, hegemonic dictatorship under the Rajapakse troika. The proposed amendments are designed to strip the Provincial Councils of any real power and any sense of autonomy, while centralizing and concentrating even more State power in the Executive Presidency.  This agenda requires a continual stoking of religious and communal hatred against all ‘aliens’. This ideological rot is manufactured, reproduced and multiplied in a routine and incessant way – institutionally, socially, culturally and psychologically. This is the role of grandiose victory parades and constructing houses and war memorials for the armed forces, while desecrating and erasing all monuments, memory and legacy of the Tamil national liberation struggle. This ideological rot is  served to infuse, energize and mobilize an inspired, noble, self-sacrificing  sense of patriotism equated with  blind, devoted allegiance to the Regime. When you have a political ideology that deeply invokes a sense of religious devotion and faith and identifies this passion  and devotion with the ruling regime; When the Regime is identified  as being the historic repository of that faith, along with its ancient civilization, as its true guardian and defender, then you have a most potent form of wielding a neo-fascist Capitalist dictatorship, based on a solid ideological core among the predominant majority of Sinhala and Buddhist masses. This political and ideological hegemony has its social base in this predominant majority which effectively wields political and administrative dominance- and bureaucratic privilege- at all levels of state power –national, regional and local- through its political representatives. This ideology gives expression to a wide range of highly  privileged and upwardly mobile, urban and semi-urban bourgeois and petit-bourgeois economic and technocratic strata. This comprador agenda falls in line with the new and rising Sinhala mercantile, commercial and industrial bourgeois class who would frequent Odell, Keels and the Cinnamon Grand,  live in luxury residential complexes, drive around in BMW’s and educate their children in elite private educational institutions.  This is besides the traditional social base consisting of the backward and superstitious rural Sinhala masses that feed the Buddhist priesthood. A priesthood which has become a powerful political and ideological institution of hierarchic privilege and obscurantist reaction. A political marriage between the rot of an archaic feudalism and a corrupt, crony, neo-colonial Capitalism.

The Rajapakse agenda is greased by a political economy that is entrenched in a whole range of corrupt financial brokers, speculators and racketeers, cohabiting alongside drug lords, war lords and casino barons. A whole class of marauding crony-mafia-narco Capitalists. When you combine these economic, political and ideological elements, you  have a Regime that can exercise absolute, hegemonic power-that is, undisputed and undivided dictatorship.  A Regime that rules with inimitable semi-fascist sophistication, under the cover of a five star democracy.

This ideology and its political agenda is most cleverly manipulated from the within the subliminal consciousness of powerless, hopeless and terrified masses, who are made to feel some sense of self-worth, dignity and pride – some misguided, deluded arrogance-  in being Sinhala and Buddhist. This false consciousness could be- and has been – used to incite racial hatred and violent conflict of the most bestial and gruesome order. The long litany of communal pogroms and genocidal atrocities, and the war itself, provide ample testimony. The overarching sweep, depth and power of this perverted and inverted consciousness is all the more potent when it is fed with doses of hyped-up  ‘anti-imperialist’ bourgeois nationalist jingoism. Creating a sense of being besieged and threatened by enemies both from outside and inside is crucial for the Regime. It manufactures a solidarity of fear and survival. It invokes a sense of a collective, tribal, historical destiny at a most ‘perilous’ hour. This is the daily infusion of patriotic blood that is driven into the veins of the Sinhala masses, where the Tamil Nation, along with other nationalities and ethnic-religious communities, are made out to be the devouring enemy. This is the ideological blood being fed into the veins of the armed forces. In the most ironic historical logic, the semi-fascist, barbaric terrorism of the LTTE, although a reaction to the structured and systemic fascism of the State, has fed into this agenda.  When these aspects are combined into a form of image manufacture,  it confers the aura of mystique of a legendary warrior conqueror/ liberator upon the reigning King, his State, his Retinue and his Realm.
Besides, any loosening up of the iron dictatorship would  let the steam out and blow the whole game to history. Neither the UNP nor the SLFP and all their class allies- none of the corrupt, criminal, parasitic agents that live by robbing and terrorizing the people- could face a People’s Revolutionary Tribunal. Certainly not the Rajapakse Regime. So, by all means, absolute power must be consolidated and perpetuated. The feigned malaise, decrepitude and political impotence displayed by Ranil Wickremasinghe is very much part of the game of preserving the system and the Capitalist dictatorship. You cannot rock the boat when it is about to be overturned in mid-sea by desperate masses. This is what he means when he mutters that “overthrowing the Rajapakse Regime is not on the agenda. The need of the hour is to reinstate the 17th Amendment!” Once the blood has been spilt, Ranil will clean up the mess with a new Constitution and hope to revive the game wearing a clean shirt- just as Chandrika did. Only to spill more genocidal blood in the name of democracy!

The emerging political scenario and the cut-throat drama being shaped over the 13th Amendment to the Constitution and  the proposed election to the Northern Provincial Council is portentous and decisive. It could have the most dire consequences beyond our borders.  The future of the Tamil nation and of the people of Lanka will be decided by the intensifying rivalry and contention among the various imperialist and regional hegemonic powers, and the role of the puppet neo-colonial ruling class in keeping the system afloat. There is a pitched effort to place the 13A and the proposed election to the Northern Provincial Council at the center of the political stage. This issue is being intensified into a most momentous and decisive political confrontation, wherein the existence of the Tamil people as a Nation is to be decided and settled, once and for all. The military liquidation of the LTTE is now to be followed by a political-constitutional decimation of the historical status of the Tamil Nation. The Bodu Bala Sena, the Sinhala Ravaya, the Mahasona Brigade and such are the ideological shock troops of the agenda. The JHU and the NFF function as the ideological vanguard of the rise of semi-fascism. The emerging and intensifying conjuncture would be most decisive, having an impact on the evolution and definition of the Land and the People of Lanka. The defense of 13A is not only an issue of the Tamil Nation. It is a decisive historic battle in defending freedom and democracy against semi-fascist dictatorship in the Land of Lanka.
The writer is the Secretary: Ceylon Communist Party (Maoist)