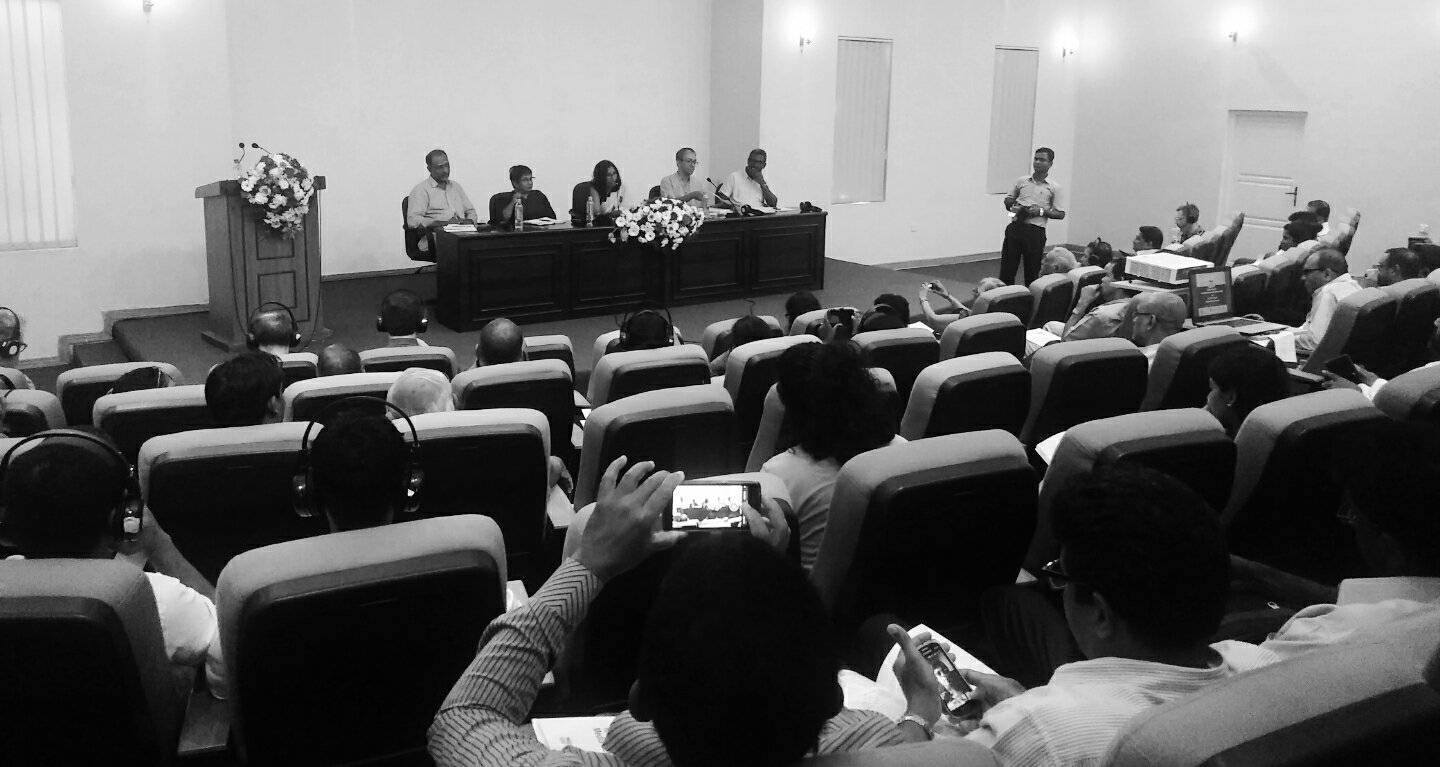 Image: 25th anniversary with a special event of the FMM.(Credit- FMM FB)

The Free Media Movement of Sri Lanka (FMM) celebrated its 25thanniversary with a special event in Colombo on November 21.

Looking at the exhibition tracing the history of FMM’s activism, it seemed a major focus of its activism has been demanding accountability for violations of freedom of expression. In other words, an end to impunity in our country. The exhibition displayed photographs of journalists killed, disappeared, assaulted, tortured, detained, arson attacks on media institutions and so on, reflecting a legacy of violence against media institutions and media personnel.

Achievements in ensuring accountability was visibly absent. One of the two publications launched and one of the two panel discussions during the special event was also on impunity, indicating it’s still high on the agenda of FMM and a priority for the Sri Lankan media.

Impunity and accountability are primarily understood from a legal perspective by most. When there violations of human rights, the state must investigate, prosecute and punish is the understanding.

The investigators (usually police), prosecutors (in today’s Sri Lanka, the Attorney General) and the judiciary are the central players.

But in reality, a major factor is the socio-political environment. Whether there is political will. And whether there is outrage in society. Including in broader media community beyond media freedom activists and organizations. In Sri Lanka, with few exceptions, it’s apparent that the criminal justice system, political establishment, society and media community in general have all colluded to ensure impunity and thus continuation of violations.

FMM for 25 years has campaigned against impunity, alongside other media freedom organizations and activists, within and outside Sri Lanka. At times, opposition politicians (such as the UNP during the Rajapaksa regime) have supported these campaigns, but their commitment has not been carried forward after they gained political power.

Since the 2015 change in government, there appears to be some progress in investigating the 2009 murder of Lasantha Wickrematunge, the founding editor of the English language publication, The Sunday Leader,’ a journalist both locally and internationally well known.

There has also been some progress in investigating the 2010 disappearance of cartoonist and journalist Prageeth Ekneligoda, who was not as well-known as Lasantha. Progress in Ekneligoda’s case is primarily due to an exceptionally determined, courageous and sustained campaign by his wife, Sandya Ekneligoda, despite threats faced by her, then and now.

Just last month, the police had tried to settle the matter through mediation, as threats against her grew, instead of addressing it through the Victim and Witness Protection Act. But as she had done under the Rajapaksa regime, she continues to cow down and insists on accountability for the threats through the judiciary.

But despite Sandya still being on the streets and going to courts hundreds of times, despite Wickrematunge’s brother and wife now representing the government through overseas diplomatic appointments, despite top government positions related to media being held by champions of freedom of expression during the previous government, there have been no prosecutions even for these two high profile – Sinhalese – Colombo cases in three years of “good governance.”

Ominously, arbitrary web censorship appears to be back now. It is left to be seen whether the FMM’s leadership will challenge this in courts as it did during the Rajapaksa regime.

Research by the FMM and others indicate most journalists who had been killed have been of Tamil ethnicity. The Jaffna based Tamil daily ‘Uthayan’ was subjected to repeated attacks, and a number of their journalists and media workers have been killed and assaulted. Still, even minimal progress in investigating a few incidents appears far away.

In this context, a key challenge for FMM is to raise the profile of some ‘low profile’ cases to the level of ‘high profile’ and try and to make every effort to ensure that the exception is indeed the norm. It may be worthwhile to learn from the example of Sandya Ekneligoda.

A cautionary note is due in relation to FMM’s primary demand in demanding an end to impunity, as the proposed means is a Presidential Commission of Inquiry (CoI). And a good issue to learn lessons in this regard could be Sri Lanka’s enforced disappearances.

Numerous CoIs appointed by successive governments have not been able to address impunity, despite receiving more than 65,000 complaints of disappearances since 1994. According to a 2004 government report, investigations by a special Disappearances Investigation Unit had led to 376 cases being filed in High Court (prosecutions), out of which there were 12 convictions with 241 pending.

Despite failure to take forward criminal accountability, some of the CoIs have contributed towards truth seeking and creating historical narratives about what had transpired in dark phases of Sri Lankan history in terms of enforced disappearances. These include identifying patterns, providing statistics and even naming some perpetrators.

Special Committees appointed by the Human Rights Commission of Sri Lanka (HRCSL) has also published detailed reports about violations, including analysis of trends, narratives of individual cases examined, names of alleged perpetrators and given official certificates confirming violations. This track record must be assessed and specific demands about the CoI made to ensure that maximum possible results are achieved from a CoI.

With the present HRCSL leadership showing its independence and assertiveness, it may be worthwhile for FMM to engage with them more systematically – through routine individual complaints as well as discussing options of short term, special mechanisms, learning also from previous experiences.

The presence and positive interventions by the HRCSL’s chairperson at the 25thanniversary event, and recent proactive initiatives by the HRCSL leadership on allegations and imminent freedom of expression violations give us some hope. But again, limitations in terms of mandate (such as not investigating cases which are before courts, inability to punish or enforce recommendations) and the capacity of staff must be considered.

Another idea that media freedom organizations could pursue in terms of truth seeking is a “People’s Commission on Freedom of Expression violations.”

There have been such initiatives by Sri Lankan activists on other issues – such as the Committee on Border Villages in 1990s and more recently, the Commission on expulsion of Northern Muslims by the LTTE. This has also happened in other countries such as theHistorical Memory project by Catholic Church in Guatemala.

Credibility of such an initiative, particularly in terms of leadership, as well as competence of staff who will do much of the actual work are both key. The work should aim to uncover evidence of a standard that could be used in judicial proceedings to prosecute suspects in specific incidents. International expertise could also be sought for such an initiative.

Within the FMM structure itself, it may be timely to consider a specialized unit on impunity watch, which could monitor progress or lack of progress on freedom of expression violations, including through trial observation, analyzing police and court records and related social – political environment. It could also engage in diligent documentation of each case, prepare detailed as well as summarized case records and a user-friendly digital database. Public outreach through both traditional and new media will also be important.

Beyond monitoring and documentation, FMM could also adopt an “interventionist approach,” in pursuing some selected cases within the criminal justice system. A specialized legal unit within FMM may be needed for this, to engage in initiatives such as exploring possibilities to get legal standing as a professional organization, becoming an intervening party and filing writs as an interested party. It is also possible to engage in regular discussions with the Police and AG and provide quality, subsidized or free legal advice and representation to survivors and victim’s families in relation to freedom of expression violations.

The once strong and vibrant FMM appeared to have lost steam and it’s dynamism in the last few years. It is hoped that the 25thanniversary would be an occasion to re-invigorate the FMM, with measures such as adopting new technology and diversifying its leadership to include more women, youth, those from outside Colombo, ethnic and religious minorities.