The National question and democratic discourse in the North – Javid Yusuf 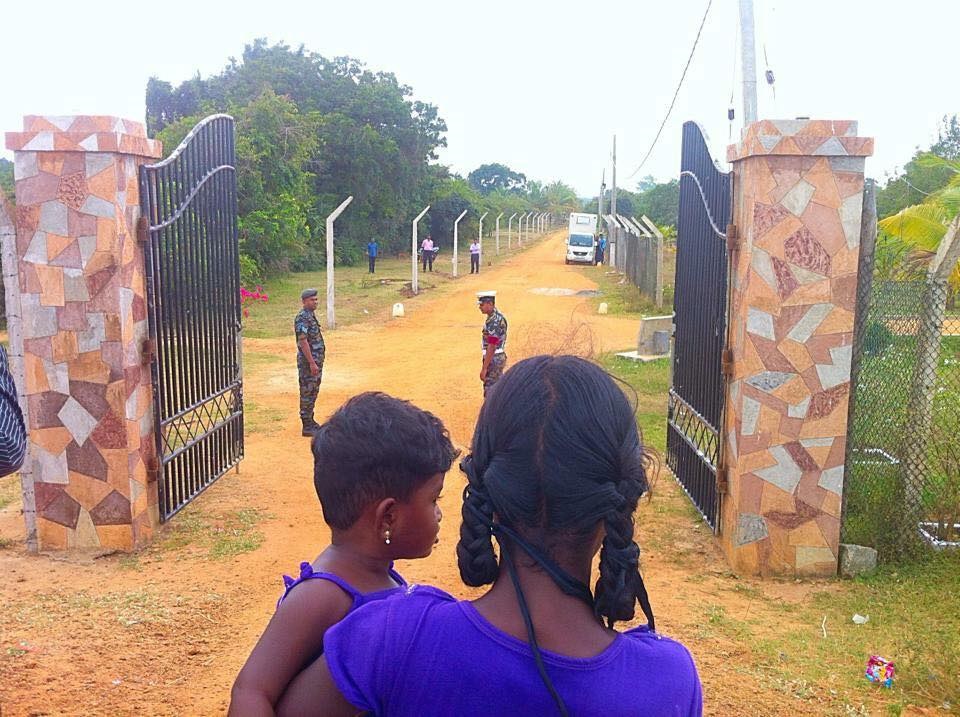 During the time of Sri Lanka’s ‘Civil War’, there were regular interventions by Human Rights (HR) activists on the sidelines of the United Nations Human Rights Council sessions. Foreign Ministry officials as well as others such as the Attorney General had to travel to Geneva to present the Sri Lanka Government’s case.

Today, the situation has changed somewhat, with pro LTTE sections of the Tamil Diaspora (TD) and Sinhala hardline groups regularly locking horns, whenever the UNHRC meets on what, on the face of it, looks like a series of unproductive clashes. The vocal TD that attends these sessions, keep leveling the allegation of genocide against the Sinhalese community, while the Sinhala groups keep trying to disprove the pro LTTE lobby’s claim, that the North and East are the traditional homelands of the Tamil people.

Neither of these efforts help take forward the process of resolving the national question. Instead, it is a dissipation of energy on matters that are at variance with the facts or, irrelevant to the core issues.

The issue of genocide

By no stretch of imagination can it be said there have been any attempts at genocide of the Tamils by either the Sri Lanka State or, the Sinhala community, before, during or after the armed conflict. This is not to deny that the Tamil community did undergo untold suffering, ranging from HR violations, discriminatory practices and even excesses committed by the armed forces during the conflict.

The actions that came closest to attracting the label of genocide was the forcible eviction of Muslims from the North by the LTTE in 1990. But it would be inaccurate to describe even such actions by the LTTE as genocidal in nature. A more accurate description would be to call it ethnic cleansing. The campaign against the Rohingyas in Myanmar, on the other hand, would more accurately fit into the definition of genocide.

The use of inaccurate terminology in pursuing one’s cause has multiple negative effects. Such inaccuracies, in fact, contribute to further distancing the Sinhalese from the Tamils, because fair-minded Sinhalese would naturally be peeved by such accusations, which are not based on facts. It would provoke Sinhala hardliners to become more rigid in their positions and, in turn, throw back further allegations against the Tamils.

In fact, the contrary is true. The Muslims and Sinhalese have co-existed with the Tamils in the East as equal citizens, until the divisive call for a merger of the North and East, as well as the conflict, caused a breakdown in the trust between the communities. What the Tamils are concerned about is the fear of the demography of the East being changed by State sponsored colonisation, which has caused anxiety among Muslims as well.

Clearly, this problem can easily be resolved in a manner that is fair and acceptable to all 3 communities, if the search for a solution is embarked upon with an open and flexible approach, and a problem solving mindset.

Sanity must prevail in any discussion on any proposed reforms, leading up to a resolution of the National problem. The Tamil community must realize that, if slow progress is currently being made on Constitutional Reforms (CR), it is not because of an unwillingness on the part of the national leadership in the South, but because of the opposition by the Sinhala hardliners who find the bogey of Tamil separatism a useful slogan to create insecurity among the Sinhalese, with a view to advancing their own political fortunes.

Flexibility displayed by the TNA

Fortunately, the Tamil National Alliance (TNA) led by R. Sampanthan have realized this home truth and are doggedly staying the course and engaging with the Government in the CR process.

For its part, the Sinhala polity has to acknowledge the flexibility displayed by the TNA in resolving this contentious issue. The TNA Leader has repeated, ad nauseum, that he is prepared to accept a solution which ensures that Sri Lanka will be an undivided, indivisible and united country and is acceptable to all the communities — the Sinhalese, Tamils and Muslims. It is up to the political leadership to flesh out a solution that gives meaning to this formula, so forcefully articulated by Mr Sampanthan.

The Government, for its part, must pursue the CR process with vigour, undeterred by the critics who see (or pretend to see) Tamil separatism behind every bush. The detractors opposed to the CR process make various allegations that it is an international conspiracy, an NGO plot, TD pressure and so on. They dared not make such allegations when a national dialogue on the subject led by the late Ven. Maduluwawe Sobitha Thera was ongoing in the country, prior to his demise.

The slogans of genocide and betrayal being articulated in some sections of the Tamil polity, also highlight the importance of re-establishing a democratic discourse within the Tamil community. The LTTE legacy of branding anyone who disagreed with them as traitors, has continued to haunt Tamil society in the North. This is similar to the Sinhala hardliners who find it easy to label anyone with differing views as traitors or sellouts.

The North has to increase the democratic space available for discussion and create an environment that celebrates the diversity of views necessary for progress. Such conditions must be created now. Only then will the Tamil polity be ready to exercise any powers that may be devolved, as a result of the CR process.

It is axiomatic that the devolution of powers alone will not address the aspirations of the Tamil community, and ensure dignity and justice for its people. Such a reform will only facilitate the realisation of such a goal.Whether it will succeed will depend upon a robust democratic engagement among the different actors in the Tamil community. If the groundwork for such an environment is not created now, it may result in a repeat of the disastrous experience that the Tamil community had to face under the EPRLF-led North Eastern Provincial Council (NEPC) that came into existence in 1987, following the Indo-Lanka Agreement.

The various indignities and harassment at the hands of the NEP Government that the Tamil community had to undergo, if repeated, will only serve to discredit any scheme of devolution that may be put in place.

It may, therefore, be an opportune time for civil society in the North to take the lead in creating a culture of democracy, preceding any political reforms that may be implemented. Organisations such as the University Teachers for HR and Sri Lanka Democracy Forum which valiantly espoused democratic values, despite adverse conditions during the conflict, can team up with like minded groups and work towards such an objective.