The menacing promise of the CTA, gift -wrapped for the future 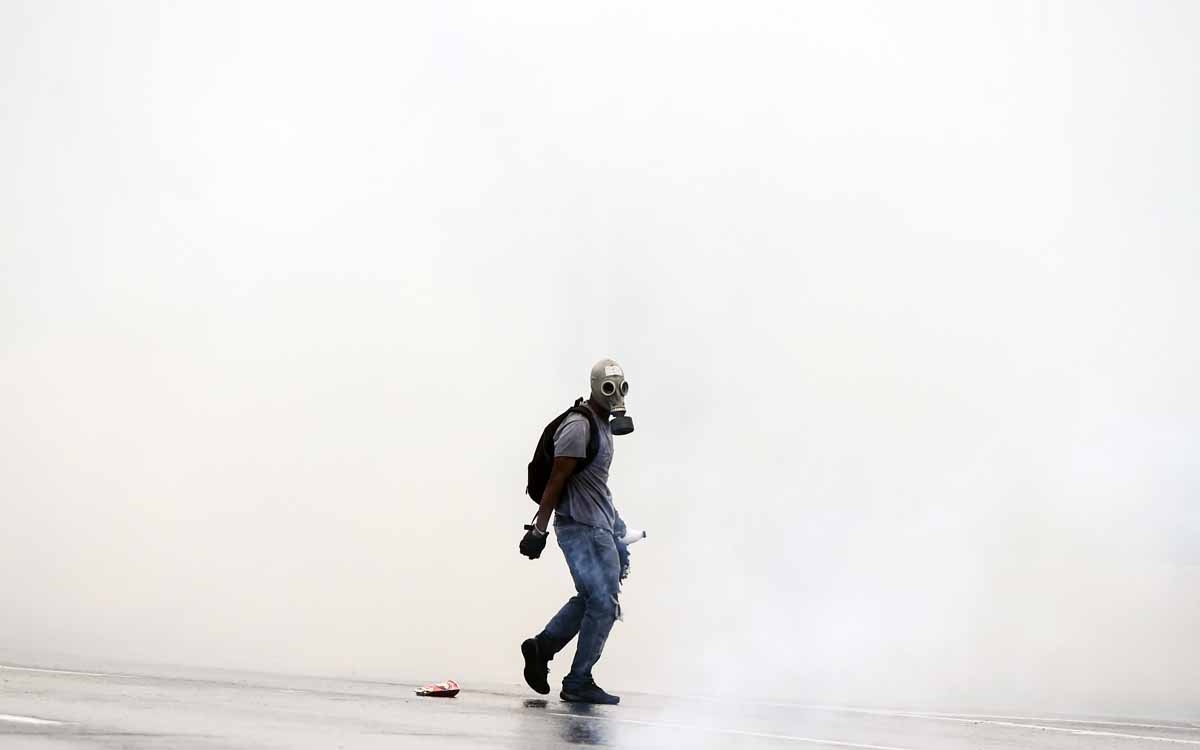 Image: Resistance to repression in Venezuela.

Only the naïve would believe the rosily repeated plea by the European Union (EU) that ‘the implementation of twenty seven international conventions is the only criterion for regaining’ the GSP Plus trade facility for Sri Lanka.

Repetition does not make what is false, true though this is a well accepted propaganda strategy historically. Regardless, repeating a patently false claim is generally shrugged off as an unavoidable part of doublespeak. Similarly, when international realpolitik results in no more damage than the continuation of an existing state of affairs, only casual concern may be warranted.

For instance this may have hypothetically been the case if negotiations with the EU had (merely) resulted in the Prevention of Terrorism Act (PTA) continuing, albeit in all its disreputable glory. If so and the Government took pride in announcing that it had secured GSP Plus as it did for the umpteenth time this week, this may have only merited an aggrieved comment here or an annoyed observation there, as the case may be.

But, the situation is very different when doublespeak and realpolitik, masked in the comforting cloak of adherence to international law, poses infinitely greater harm for Sri Lankans. This is precisely the storm that a proposed Counter Terrorism Act (CTA) approved by Sri Lanka’s Cabinet has brought down on the hapless shoulders of the EU, as hard albeit unconvincingly as it may try to justify itself.

Same insistence then and now

The questions are simple. On what possible logic could the draft CTA be compliant with the International Covenant on Civil and Political Rights (ICCPR) or with the Convention against Torture (CAT) when it is far worse than the PTA itself? The ICCPR and CAT are two major treaties of those ‘twenty seven international conventions.’ In fact, Sri Lankans were told that the EU ‘expects’ the Government to table acceptably amended versions of the CTA and the Code of Criminal Procedure Act in Parliament before the decision to resume would be taken. These conditions have however not been met up to now.

The 2010 suspension was consequent to a mid 2009 Experts Report adverse to the Rajapaksa Presidency and a subsequent report of the European Commission, both of which extensively cited the critical writings of this columnist among others. Indeed, a systematic analysis of why the trade facility was suspended (the ‘white van’ syndrome was not the sole reason as some would like us to believe) vis a vis what prevails now would be interesting. Many systemic failures continue now in theory and practice, despite improvement in the overall environment.

Sri Lankans who critiqued state actions under the Rajapaksas ran the risk of retaliation ranging from physical harm to targeted character assassination. Notwithstanding, this was necessary given the steep decline in the Rule of Law. It is that same insistence which applies now, minus the risk, in this ‘yahapalanaya’ (good governance) age. And to give the devil its rightful due, even the Rajapska Presidency did not engage in as daring a feat as a contemptible counter-terror law, which this Government in all its ham-handedness has managed to do. It has gift-wrapped a present for potential abusive regimes to use to their hearts’ content.

Let us be categorical on this point. As sympathetic as one may be to the predicament in which the unity alliance finds itself trapped between Rajapaksa rhetoric and its own election promises, the draft CTA reflects the abandonment of sanity at a fundamental level. It shows the contemptuous middle finger to Sri Lanka’s Constitution far more potently than the PTA. Is this what the Government really wants?

More damagingly, the pretence of ‘monitoring’ by the EU evidenced up to this point raises an important question. Given its unacceptable degree of negligence so far, what faith can be reposed in the assurance that ‘a Working Group on Governance, Rule of Law and Human Rights’ will oversee the process as part of ‘GSP+ monitoring’ after the trade facility is granted? This assurance was contained in the January 11 European Commission’s assessment report which had recommended the renewal of the facility.

Memorably it was also in this report that ‘salient shortcomings’ in the 2016 Concluding Observations of the United Nations Committee against Torture (CAT Committee) were assessed to ‘not amount to a serious failure to effectively implement the Convention.’ That blithe assessment flew right in the face of exceedingly tough Observations by the Committee. Clearly therefore, unless the superficiality of previous interventions is corrected, further assurances will be treated with understandable skepticism. Lessons must surely be learnt.

Concerns unethically invisible to some

Certainly this is not to proclaim that a counter terror law is not needed at all. Rather it is to say that whatever law must strictly conform to international standards and constitutional safeguards developed by the Supreme Court in the mid-nineties before being engulfed in political controversies that sapped its authority. The draft CTA offends on all these counts.

That it proposes to give the power to issue detention orders to your common or garden path Deputy Inspector General of Police (DIG) advised by the Officer-in-Charge (OIC) is just one example. By what stretch of the incredulous imagination could this clause have been agreed to, given endemic police torture in Sri Lanka?

So for those curious to where the indignation in these column spaces springs from, the answer lies in the EU’s expedient use of valid critiques in 2009/2010 which however appear to be unethically invisible in 2017. This has little to do with conformity to ‘twenty seven international conventions.’ And even though realpolitik and doublespeak are an inevitable part of life, the lines must surely be drawn at some point by long suffering citizens.

Moreover, even with good law and jurisprudential safeguards more honored in the breach, the drafting of a ‘better’ CTA does not suffice. Practices and policy must also reform, including that of the security and defence sector. In the alternative, we can messily go forward as before, dropping all pretences.

But this Cabinet approved CTA draft holds out a different and far more menacing promise. On no account should a further assault on our liberties be tolerated by condoning a worse counter-terror law since independence, brought about by blinkered negotiations regarding (of all palpable ironies) a trade facility at that. Sri Lankans never asked for this law and should not be made responsible for it either.

Let the EU take serious note of that fact.