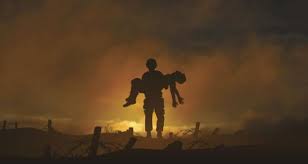 “To help, without asking whom…” – Henry Dunant

International Humanitarian Law (IHL) is a part of International Law and commonly understood as a set of rules which seek, for humanitarian reasons, to limit the effects of armed conflict.  The accepted doctrine has been that IHL governs armed conflicts as lex specialis to Human Rights Law.  One of the prevalent arguments being discussed today is the interaction and tension between application of IHL and contemporary counter-terrorism laws and practices. Notably, after the World Trade Centre terrorist attacks of September 11 2001, there was much debate on the legitimisation of counter-terror measures and the negative impact they have on the delivery of IHL. Despite this, counter-terrorism practices continue to be justified by many states and institutions, for example: against the atrocities committed by the Islamic State. The United Nations Security Council has strengthened counter-terrorism practices by passing multiple resolutions including 1373(2001), 1624(2005) & 2178(2014), without appropriately considering the interaction between counter-terrorism framework and the norms of IHL. Hence, this article pays attention to the legal principles of IHL, which are being blurred or undercut by laws and measures of counter-terrorism.

International Humanitarian Law and Counter-terrorism: where they echo with similar ideas

Counter-terror measures are not necessarily at odds with rules of IHL as the two contain similar principles. Significantly, these can be noted into three points: IHL’s focus on the protection of civilians is a powerful tool in the fight against terrorism, IHL also proscribes prosecutions for war crimes, and IHL does not legitimise terrorism by providing humanitarian services.

Terrorism is commonly understood to refer to acts of violence that target civilians in the pursuit of political or ideological aim.  However, IHL does not have a definition of terrorism/terrorist and it does recognise and prohibit ‘terrorist’ activities. Instead, IHL completely prohibits targeting civilians as a direct objective, and taking hostages. Particularly, IHL prohibits indiscriminate and disproportionate attacks which might cause civilian hostilities. Therefore, IHL’s focus on protecting civilians should be understood as a powerful tool to fight against terrorism.

Secondly, the counter-terrorism framework contains prosecutions of actors involved in terrorism. IHL also talks about the prosecution of those who violated IHL and caused civilian hostilities, and they can be prosecuted for acts amounting to war crimes, especially crimes against humanity and grave breaches such as; wilful killing, torture or inhuman treatment against persons which are broadly talked in Geneva Conventions (Article 50 of GC I, Article 51 of GC II, Article 130 of GC III, Article 147 of GC IV, Article 85 of Additional Protocol I). Further, IHL does not, in any way, prevent or obstruct a criminal justice response to terrorist acts under domestic or international law.

Finally, and importantly, there is a misconception that IHL legitimises terrorists by providing humanitarian assistance according to the principle of humanity which states civilians are hors de combat and that even as regards to combatants, superfluous injury or unnecessary suffering is prohibited. However, common article 3(2) of Geneva Convention clearly states that ‘the application of the proceeding provisions shall not affect the legal status of the parties to the conflict’. IHL does not prohibit prosecution of a civilian involved in terrorist activities under domestic laws and it reaffirms the sovereignty of the state to maintain domestic law and order (Article 3 of Additional Protocol II of Geneva Conventions). Additionally, IHL does not preclude listing persons or groups involved in violence as terrorists, even though they are party to the conflict and, notably, application of IHL does not limit the power of states to suppress its threat to national security, according to the applicable domestic laws.

The cornerstone of IHL is the Principle of Humanity, which emphasises that suffering should be addressed with no distinctions. However, counter-terror measures criminalise any activities that help or support designated terrorist groups. Importantly, common article 3 of Geneva Conventions says that ‘persons taking no active part in hostilities, including members of armed forces who have laid down their arms and those places hors de combat by sickness, wounds, detention, or any other causes shall in any circumstances be treated humanely, without any adverse distinction’. If this article is enforced on a battlefield by providing humanitarian aid under IHL or medically treating a wounded fighter who is labelled as terrorist, the person providing assistance might be imprisoned subject to assisting a terrorist under the rules of counter-terrorism. This is because counter-terrorism criminalises acts of rendering material support, services, or assistance to/with designated terrorist organisations. Criminalising such acts is contrary to the rationale of IHL.

At present, few non-international armed conflicts are between state armed forces and designated terrorist groups. As a result of an unequal balance of military power between non-state armed groups and state armed groups, the opposition group may engage in unlawful styles of warfare such as locating or hiding amongst civilian population, using civilians as a human shield, putting governments under pressure by attacking public places, conducting perfidious warfare such as; wearing civilian clothing, using neutral organizations’ emblem or raising white flag when attacking the adversary. As a result of these prohibited activities, governments and international entities list such groups as terrorists.

Further, an ongoing debate regarding counter-terrorism is the level of integrity through which states designate armed groups as terrorists. As a government has sovereign control over its borders, the associated impunities and privileges of counter-terrorism which are given to governments allow them to take actions against domestic militant groups, whom they have designated as terrorists, legitimising their military operations against such groups. However, this impunity can be used by governments as an opportunity to suppress undesired groups who raise their voice for self-determination, national liberation or fight against foreign occupation by labelling the community or fighters as a terrorist group. Further, IHL recognises persons who belong to parties to the conflict as fighters and as long as they respect Laws of war, their participations will not be criminalised. Contrarily, under counter-terror measures, militants are branded as criminals not as fighters and, therefore, any acts which are carried by the designated terrorists are criminalised by counter-terrorism.

Another challenge is regarding whether state sovereignty and domestic law can take precedence over IHL. In some situations, domestic laws are prevailed by states under the name of the sovereign state, easily dismissing International Law. This impacts the regulation of both lawful and unlawful acts of violence in armed conflict under IHL. The challenge is that some acts which are lawful or not prohibited under IHL are criminalised under counter-terrorism laws. Notably, attacks against military objects is not unlawful under IHL, but it is under counter-terrorism laws. Therefore, states may prefer the application of domestic laws as opposed to the application of IHL during the armed conflict.

Moreover, IHL discusses combatant immunity in International Armed Conflict, expressing that no combatant can be prosecuted for their mere participation in hostilities. However, since the provision of immunity for combatants does not apply in Non-International Armed Conflict, the government can prosecute a person for acts which are unlawful under domestic law, but not IHL. Despite IHL encouraging states to grant the widest possible amnesty, it is at odds the prevailing power of domestic laws under the name of the sovereign power of states easily undermine IHL and the concept of combatant impunity, regardless of their actions in conflict.