The Jailed Activist Left a Letter Behind. The Message: Keep Fighting. 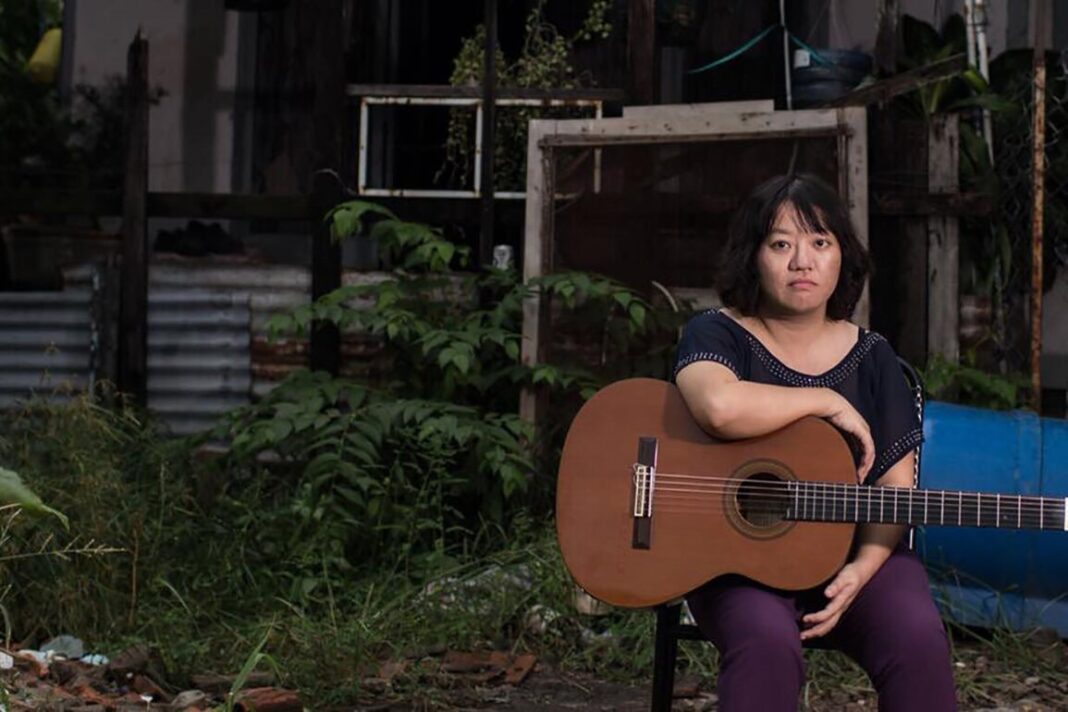 Image: Pham Doan Trang, a Vietnamese dissident, was arrested on charges of making and disseminating propaganda against the Vietnamese state.(Credit-Thinh Nguyen)

BANGKOK (Oct. 14, 2020) — The outspoken Vietnamese journalist and activist Pham Doan Trang knew it was only a matter of time before the police came for her.

She wrote a letter last year and gave it to an American friend with instructions to release it upon her arrest. In the letter, she asked that her friends not just campaign for her freedom but use her incarceration to fight for free elections and an end to single-party rule in Vietnam.

“I don’t want freedom for just myself; that’s too easy,” wrote Ms. Pham, 42, who has walked with difficulty since a police beating in 2015. “I want something greater: freedom for Vietnam.”

Shortly before midnight on Oct. 6, the police raided her apartment in Ho Chi Minh City and arrested her on charges of making and disseminating propaganda against the Vietnamese state. She faces up to 20 years in prison.

Ms. Pham is one of the most prominent critics to have been arrested in recent years by Vietnam’s Communist regime, which has long made a practice of harassing, beating and imprisoning outspoken activists.

The widespread use of smartphones and the internet in Vietnam has meant that daring activists and journalists like Ms. Pham can independently publish stories in which they uncover corruption or expose malfeasance. But that also puts a huge target on their backs.

“She is the kind of prolific writer and thinker the Vietnamese government does not want to be free,” said Phil Robertson, the deputy Asia director for Human Rights Watch. “They are going to throw the book at her and she is not going to compromise.”

The Communist Party has long feared that free speech would undermine its hold on power, and it has built a large apparatus to stifle dissent. Activists say Ms. Pham’s arrest was likely prompted by the party’s upcoming congress in January, which occurs every five years.

At a time when Vietnam has repositioned itself as a strategic American ally and important global manufacturing hub, the authorities are newly emboldened to crack down on dissent with little fear of repercussions. They have also been invigorated by a U.S. administration that has widely ignored human rights abuses.

Human Rights Watch estimates that Vietnam has jailed at least 130 political prisoners, more than any other country in Southeast Asia.

Just four years ago, then-President Barack Obama made human rights in Vietnam a priority. During a 2016 visit, he invited Ms. Pham and other dissidents to meet with him publicly. But the police kept her from attending by detaining her.

But the Trump administration has not prioritized human rights in Vietnam in the same way. Indeed, the police arrested Ms. Pham hours after the two governments held their 24th annual “Human Rights Dialogue.”

After Amnesty International, the Committee to Protect Journalists and other groups called for her release, the State Department pressed Vietnam on Saturday to set Ms. Pham free.

“The United States condemns ​the arrest of writer, democracy, and human rights activist Pham Doan Trang,” Robert A. Destro, the assistant secretary of state for human rights, said in a statement. “We urge the Government of Vietnam to immediately release her and drop all charges.”

Ms. Pham began her career as a journalist, but in a country where most media is state-controlled, she chafed at the restrictions.

In her 2019 book “Politics of a Police State,” she wrote about the continual harassment she had suffered for a decade as a writer and activist.

The police once put glue in her apartment door lock so she could not leave, she wrote. They placed her under house arrest, publicly posted intimate photos taken from her computer and stole her identity cards.

She left the country in 2013, but she was not happy in exile.

“It’s really hard to watch from outside what happens in Vietnam,” she said at the time. “It makes me feel helpless.”

Ms. Pham’s arrest may also have been prompted by a report she co-wrote last month challenging the official account of a deadly police raid near Hanoi.

In Vietnam, all land is owned by the state, and officials have the power to seize prime parcels and give them to their cronies or foreign companies, a practice that fuels corruption. Such land grabs are a sensitive issue, and some critical activists have been imprisoned.

The dispute in Dong Tam village began when officials transferred 145 acres to the country’s largest telecommunications company, the government-owned Viettel Corp., but residents refused to give up their land. During a confrontation in 2017, villagers held 19 police and security officials captive for a week.

In January of this year, about 3,000 officers raided the village. The 84-year-old village head, Le Dinh Kinh, a lifelong Communist Party member who had led the opposition to the land seizure, was shot and killed by the police. Three police officers also died.

Since the report’s release, three contributors have been arrested, activists said. The other author, the American activist Will Nguyen, was deported from Vietnam in 2018 after being forced to make a televised confession.

“Trang has been a thorn in the government’s side for a long time, and the authorities have been hunting her down since 2017,” Mr. Nguyen said via email.

“At heart, she has an acute sense of justice and a profound love for Vietnam,” he said. “She wishes for it to be better, even if it means sacrificing her freedom and herself.”

Ms. Pham also reported on a 2016 environmental disaster caused when a Taiwanese-owned steel factory discharged toxic waste into the sea along a stretch of Vietnam’s central coast.

Other activists who wrote about the disaster landed in prison, including Nguyen Ngoc Nhu Quynh, a blogger better known as Mother Mushroom.

In a 2016 interview with The New York Times, Ms. Pham predicted that the authorities’ attempt to intimidate activists by imprisoning Mother Mushroom would fail.

“She has a lot of supporters,” Ms. Pham said. “Many of them will replace her or follow in her path.”

Perhaps she was already thinking ahead to the likelihood of her own incarceration.

In her letter, titled “Just in case I am imprisoned,” she told friends not to believe the police if they claimed she had confessed.

“No one wants to sit in prison,” she wrote. “But if prison is inevitable for freedom fighters, if prison can serve a predetermined purpose, then we should happily accept it.