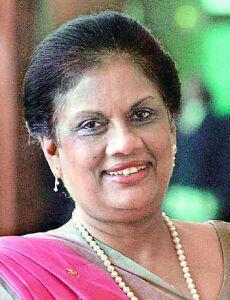 The Attempt to Remove The Chief Justice:FULL TEXT OF STATEMENT BY THE CIVIL RIGHTS MOVEMENT

A host of questions can be raised following recent events regarding the Chief Justice of our country.
A survey of developments involving the independence of the judiciary can go way back to the 1972 Constitution, to the de facto sacking of judges by the 1978 Constitution, the summoning of Supreme Court Justices Wimalaratne and Colin Thomé before a Select Committee of Parliament, the attempted impeachment of Chief Justice Neville Samarakoon, the physical attacks against and killings, in a later era, of lawyers and litigants engaged in fundamental rights cases. Subsequently came the allegations levelled against Chief Justice Sarath Silva and the moves to impeach him.

Along with disappointment at the content of several judgments of the Supreme Court (among which are that relating to the Eighteenth Amendment) many lawyers and laymen alike have watched with dismay the conferring of state benefits and positions on family members of judges and on retired judges. Most recently we have had the events concerning the Magistrate’s court of Mannar, the conflict between the Judicial Services Commission and the President and the physical attack on the judge holding the position of Secretary of the JSC.

These are all matters of importance and should not be disregarded by anyone concerned about the independence of the judiciary in our country. However they do not, in the view of the Civil Rights Movement (CRM), affect the question of immediate urgency which is addressed below.

The action against the present Chief Justice

Charges have been framed and widely publicized against the current Chief Justice, and proceedings to remove her from office have been commenced. (In this context the term “impeachment” simply means the process of removal from office). The procedure is to be inquiry by a Select Committee of Parliament. The question we raise is both the constitutionality and the appropriateness of this procedure.

When similar proceedings were commenced against Chief Justice Neville Samarakoon in 1984 CRM in a telegram to the Speaker said:

The proposal is unconstitutional as it violates the concept of the independence of the judiciary which is part of the basic structure of our Constitution. The actions of such a Select Committee would be ultra vires the powers of Parliament as they are not ancillary to the exercise of legislative power. Parliament has no judicial power (except in respect of its own privileges). Parliament enjoys no supervisory function over judges, in respect to whom its power is limited to removal from office for proved misbehaviour or incapacity. Such misbehaviour or incapacity has to be proved by proper procedure as envisaged by Article 107 of the Constitution. It follows that any inquiry must be by an independent judicial tribunal similar to that provided under the Judges Inquiry Act of 1968 in India. In Sri Lanka no such procedure has yet been created.

The fact that so far this machinery has not been provided does not justify parliament resorting to unconstitutional methods which in effect undermine the independence of the judiciary.
[emphasis added]

The argument on constitutionality

One does not need to be a lawyer to follow the argument, which is restated briefly below.

• A judge of the Supreme Court can be removed by a certain procedure, all the details of which it is not necessary to set out here. Relevant for our present purpose is that such removal can only be for “proved misbehaviour or incapacity”. (Article 107 (2) of the Constitution).

• Under this provision, it was thus open to Parliament to pass a law similar, say, to the Judges Inquiry Act of India, providing for an appropriate judicial body to investigate and determine the allegations.

• Such a law had not (and still has not) been passed when the question of removing Chief Justice Samarakoon arose. Parliament then made provision by Standing Order of Parliament, which is the alternative method envisaged by the Constitution. That is the present Standing Order 78A.

• Standing Order 78A could itself have made provision for investigation and determination of the allegations by an appropriate body which would not attract the present criticism.

• This brings us to the vital Article of the Constitution, Article 4, which deals with how the separate Executive, Legislative and Judicial powers of the people are to be exercised. Article 4 (c) says

• Thus the one and only exception to Parliament exercising judicial power is as regards its own privileges etc. Investigation and proof of misbehaviour or incapacity of a judge does not come within this exception. So when in Article 107 it is provided that “Parliament shall by law or by Standing Orders” provide for the investigation and proof of the alleged misbehaviour or incapacity, Parliament cannot, by reason of provision of Article 4(c) cited above, require that it be heard by a Select Committee of its own members.

• Can one accept that the framers of the Constitution envisaged a lesser protection for the investigation of allegations against a judge of the superior courts?

The above argument was contended for comprehensively by defence counsel S. Nadesan QC in the impeachment proceedings against Chief Justice Neville Samarakoon, which took place in 1984 and is fully reported in Parliamentary Series No 71. The Select Committee divided on this, as it did on the merits, on party lines. The majority felt it was bound to carry out the mandate given it by Parliament. The minority view on this vital matter of constitutional interpretation is worth citing at length:

The point made by Mr. Nadesan, was that in the context of a Constitution such as that of our country, in which the separation of powers was jealously protected, this Committee in seeking to go on with this inquiry as to whether or not Mr. Samarakoon was guilty of “proved misbehaviour”, was violating the provisions of Article 4(c) of the Constitution which stipulates that except in matters concerning parliamentary privileges ─ the judicial power of the people shall be exercised exclusively through the courts.

The signatories to this statement, while conceding that Mr. Nadesan’s argument have considerable cogency ─ are not in a position to come to a definite conclusion on this matter. We would urge that H.E. the President could refer this matter to the S.C. for an authoritative opinion thereon–under article 129(1) of the Constitution.

The signatories to this statement however feel strongly that the procedure that Parliament finally adopts should be drafted along the lines of the Indian provisions where the process of inquiry which precedes the resolution for the removal of a Supreme Court Judge should be conducted by Judges chosen by the Speaker from a panel appointed for this purpose. We therefore urge the House to amend Standing Order 78A accordingly.

The Aftermath of the Neville Samarakoon case

The aftermath of the Neville Samarakoon case is significant. The minority view cited above opened a clear way for the resolution of this issue – reference to the Supreme Court for an advisory opinion, which the President is empowered to call for under Article 129 . Neither the then President nor his successors, regrettably, availed themselves of the suggestion to seek a ruling from the Supreme Court. But the matter did not rest there, and eventually the government chose an even better option.

Numerous representations were made about the unsatisfactory nature of the existing situation. They were made, amongst others, by civil liberties groups, including repeatedly by CRM, and by international organizations concerned with the administration of justice . The need for change was stressed in several responses to official requests including from Parliamentary Select Committees for suggestions as to constitutional amendments. It was incorporated into public representations to various UN human rights bodies including in communications connected with the Periodic Review procedure of the International Covenant on Civil and Political Rights to which the Sri Lankan state is a party. Time and again this concern was raised in formal and informal discussions with those in authority. And at last these efforts appeared to have borne fruit.

Alternative provision for the inquiry into allegations of misbehaviour or incapacity of a judge of the superior courts, which took into account the criticisms levelled, was made in both the Government’s Proposals for Constitutional Reform of October 1997, and the Bill of the year 2000 titled THE CONSTITUTION OF THE REPUBLIC OF SRI LANKA. The relevant part of the latter provides that procedure for the removal of a judge of the Supreme Court or Court of Appeal may proceed only if:

an inquiry has been held-

(i) in the case of the Chief Justice by a committee consisting of three persons each of whom hold, or have held, office as a judge in the highest court of any Commonwealth country;

(ii) in the case of any other Judge referred to in paragraph (2) of this Article, by a committee consisting of three persons who hold, or have held, office as a judge of the Supreme Court or the Court of Appeal created and established by the Constitution, the 1978 Constitution or any other law

This Constitution Bill of 2000 was presented by a government headed by the same major political party that is in power today, and of which government the present President was a Cabinet Minister. Although the 2000 Constitution did not see the light of day, it seemed reasonable to assume that resort to the Parliamentary Select Committee procedure for investigation of allegations against senior judges was a thing of the past.

The present development is a retrograde step but it is not too late for the government to remedy it and thus remain true to its own principles on this subject as reflected in the Constitution Bill of 2000.
DBS