The Impeachment: Process and its un-constitutionality 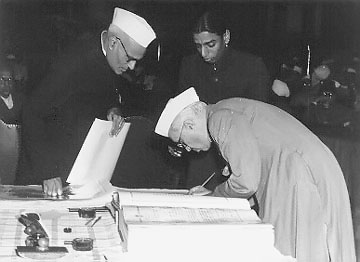 C.V. Vivekananthan, Attorney at Law
The 1978 Constitution is an embodiment of concrete and effective provisions to promote fair trial and to protect the independence of judiciary. However, the executive Presidential System clothed with legal immunity with suits as envisaged under Article 35 had adversely affected and seriously undermined the independence of judiciary and the judicial dignity and decorum of the judges.

Many politicians feel strongly that the courts are preventing them from reaching their political agendas. Hence, manipulations are engineered to transgress judicial independence in order to make the judiciary an appendage of the executive. The successive governments had interfered even with the fair trial principles through specific enactments, altering trial procedure. The Government of President Jayawardene did not leave even the then Chief Justice Neville Samarakoon, Q.C.

The then Chief Justice Neville Samarakoon was an upright and indomitable judge who stood up with such tremendous independence and courage against the frequent onslaught of improper interferences by the President Jayawardene, badly damaging the independence of judiciary and the good name, dignity and decorum of the judges.

The President Jayawardene had never tolerated the then Chief Justice and was waiting for an opportunity to teach him a lesson for refusing to execute his dictates.

Well before the civic rights of Mrs. Bandaranaike had been taken away, Rev.Kosgoda Dhammawansa Thero, then head of the Amarapura Nikaya had with a delegation of monks met President Jayawardene and requested him to relent the Motion, denying her civic rights. The President told the Prelate that Mrs. Bandaranaike’s government had taken his only son into custody during the 1971 JVP uprising and given him meals in a tin plate and water to drink in a coconut shell. He came out with the blatant falsehood knowing fully well that Prime Minister was not personally responsible for the alleged dastard act.

The Prelate asked the President whether the deprivation of the civic rights of Mrs. Bandaranaike was an act of revenge and the President gave no answer. That was President Jayawardene.

The long waited opportunity came when the then Chief Justice Neville Samarakoon made his speech at Raja Sinnathurai Tutory on 14TH March 1984.

The Resolution for impeachment was presented to the Speaker on 03.04.1984. It came to light thereafter that no procedure was prescribed for such an impeachment in terms of Article 107 (3).

Article 107 (3) runs thus: “Parliament shall by law or by Standing Orders provide for all matters relating to the presentation of such an address, including the passing of such resolution, the investigation and proof of the alleged misbehaviour or incapacity and the right of such to appear and to be heard in person or by a representative”.
The President Jayawardene did not bring legislation for obvious reasons but he caused the Standing Order amended and a new Standing Order No.78A was introduced on 04.004.1984, i.e. one day after the Impeachment Motion was entertained by the Speaker.

The then Prime Minister, R. Premadasa moved the Resolution and he was appointed as Chairman of the Select Committee to investigate and to report. His Committee reported its findings on 09.08.1984 to the effect that the conduct of the then Chief Justice did not befit the holder of office.

A Second Resolution was moved on 06.09.1984 and the Speaker appointed another Select Committee under the Chairmanship of Lalith Athulathmudali. The Chairman and five other Members of the Committee, all UNP Members, found inter-alia that the speech of the then Chief Justice constituted a serious breach of convention but not guilty of proved misbehaviour. The other three Members, all from the Opposition, found him not guilty. Thus, the then Chief Justice heralded victorious and migrated to Australia with honour and glory as retired Chief Justice of Sri Lanka.

Article 107 of our Constitution has been taken from the Indian Constitution. The corresponding Articles in the Indian Constitution are Articles 124 ((4) and (5). The Indian Parliament had enacted ‘Judges Inquiry Act 1968’under which a Committee of Three Members was appointed to investigate the alleged misbehaviour or incapacity. The members shall be chosen by the Speaker – ‘one from among the Chief Justice and the Judges of the Supreme Court, one from among the Chief Justices of High Courts, and one who shall be a person who in the opinion of the Speaker is a distinguished jurist’.

It would have been a salutary end had the investigation been conducted against the then Chief Justice by a panel of retired judges of the Supreme Court of Sri Lanka, adopting the Indian model with suitable modifications before proceeding with the Resolution for impeachment. Thus, honour and dignity would have permeated the fabric of the entire process of investigation of the alleged misbehaviour or incapacity of a Judge.

The President Jayawardene had determined to teach the then Chief Justice a lesson by removing him from his seat and thus, he was not at all concerned that the means should be fair and in keeping with the international standard.

Article 107 (3) envisages in a wider perspective to strengthen the liberal democratic dimension. Accordingly, the Standing Order 78A should have been formulated to provide the investigation and proof of “the proved misbehaviour or incapacity through a judicial determination. This method has been strictly observed by all democratic nations but his vengeance destroyed the immutable principles of justice.

No right thinking person would oppose an inquiry on the conduct of an errant judge in terms of Article 107 of the Constitution but a selective investigation, pursued on allegations based on political motivation, should not be permitted. The independence of judiciary should be protected and nurtured. 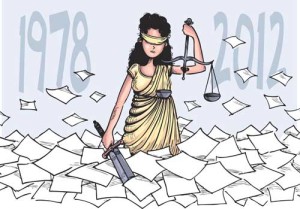 78A violates Articles 3 and 4 © of the Constitution:

The Impeachment of the present Chief Justice is pursued under 78A which has not only infringed the international norm but also infringed Article 4© read with 3 of our Constitution. However, there is no fetter preventing Parliament to proceed with the impeachment in terms 78A. Parliament alone could do rectification to 78A and no court has jurisdiction to make any pronouncement in this regard.

It is now reported that the charges set out in the Resolution are defective and an amendment is required to rectify the mistake. In that event, the Resolution had to be once again signed by all the Members who signed the original Resolution. If the amendment goes to the root of the allegations, changing the contents and essence thereof, a fresh Resolution becomes legally mandatory in terms of Article 107 (2) and the consequential procedures had to be strictly observed.

Article 3 states that ‘in Sri Lanka sovereignty is in the People and is inalienable. Sovereignty includes the powers of government, fundamental rights and the franchise.

Article 4© is very explicit in its content and meaning. It runs thus: “The judicial power of the People shall be exercised by Parliament through court, tribunals and institutions created and established or recognized, by the Constitution, or created and established by law, except with regard to matters relating to the privileges, immunities and powers of Parliament and of its Members, wherein the judicial power of the People may be exercised directly by Parliament according to law”.

Thus, the judicial power of the People can be exercised by two Institutions created by the Constitution, one by Courts and the other by Parliament.

Parliament can only exercise the judicial power of the People relating to privileges, immunities and powers of Parliament and of its Members according to law. ‘According to law is the present Parliament (Powers and Privileges) Act as amended. It sets out a number of offences to primarily deal with its Members. The Act itself demonstrates that Parliament can only deal with its Members on matters of its own privileges. Failure would tantamount to violating Articles 3 and 4 ©. Accordingly, the Standing Order 78A becomes violative of Articles 3 and 4©. What cannot be done directly cannot be done indirectly.

A mover of the signed Impeachment Resolution should not serve in the Committee but by virtue of the provisions of 78A the Members of Parliament have become the complainants: they are the investigators: they are the accusers: they are the prosecutors: they are the judges in their own cause: and they are the executioners. No Commonwealth Country has such a blatant violation of the basic principle of natural justice. The rectification could only be done by His Excellency the President.

Thereupon, the Parliament shall debate “the proved misbehaviour or incapacity”. Upon debate, if a majority of the total number of Members of Parliament, including those not present, vote in favour of removal, that judge shall be removed by the President. In the above premises a valid argument can be advanced to show that the Resolution in terms of Article 107 (2) could only be entertained if the alleged misbehaviour or incapacity has already been proved.

A concerned citizen or President himself could invoke Article 129 (1) for an opinion from the Supreme Court. It may render faux pas and aggravate the conflict.   The Members of Parliament have taken solemn oath to protect and nurture the Constitution. They are bound to uphold Articles 3 and 4©. In the context, the Members of Parliament could stand by their solemn oath by their non-participation but their obedience to their Party Whip would melt their courage and conviction.

All would appreciate that good events could be executed at any stage in order to bring good governance. H.E. the President would have noticed the mischief caused by Standing Order 78A. It is in his command to cause proper amendment to 78A or invoke Article 129 (1) or bring legislation in terms of Article 107 (3). Such an action may be a small step but would leap to defeat all misgivings and usher the nation on his forward march.

Be that as it may, A.L. Gunasekara, a senior lawyer has in his book, titled ‘Lore of the Law and other Memories’, at page 169, referred to a prophetic statement said to have been made by a well respected President’s Counsel, Mr. S. Wijesinghe.

“We now have a new Parliament and with it democracy vanished. We are now about to get a new Superior Courts Complex and with that justice will vanish
DM