The impeachment: Naked more than TRANSPARENT 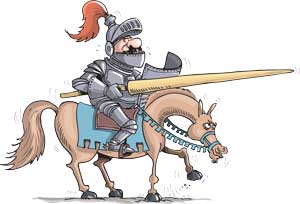 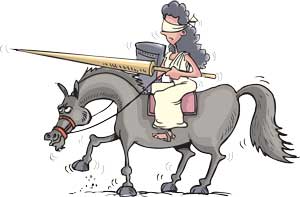 Impeachment is an eerie prospect – a legislative lasso twirled to hurl a justice up for unseating. It dispatches a chilling message where a government holds a majority. If the parliamentary majority is overwhelming, logistically the judiciary is tied to a kennel lashed by the party whip. The dice is heavily loaded against – unfairly. Citizens face a similar ordeal when Justice takes them on contempt of court.

Chief Justice Bandaranayake always ensured a proper hearing when she heard a case likewise she must enjoy a fair trial. Deficient impeachment procedure stood in the rulebook for 30 years: The judiciary should have rectified it since it touches only them, as did journalists on criminal defamation.
The Executive and legislature are voted in and out by the people.

If elected representatives act unfairly against the judiciary and public opinion is of like mind: voters can banish the elected. The judiciary is justifiably insulated and does not have to grovel at the feet of the people for their survival. Politicians have to face the wrath. Sri Lankans have twice reduced powerful governments- UNP (1956) and SLFP (1977) – to a single digit in Parliament. Learned judges should not be equated to petty politicians: Standards maintained are higher in the public esteem; if they live up to it – deserve reverence.

The Executive appointed a spouse without allegedly the necessary qualifications to hold high posts and was removed for reasons now subject to inquiry. The executive installs many without merit in favoured positions for extraneous reasons and the country suffers. Presumption being such appointments are made in search of benefits or goodwill- donor or recipient cannot be unaware of the side effects. Big Foot has put his shoe on the wrong foot.

Equally blameworthy is the acceptance of such dubious office which creates unwanted obligations and makes clean hands unhygienic. Those in high places cannot disburse benevolence with the public purse to suit their fancy or act greedily for any falling crumps – should set standards befitting the posts they hold. Justices are presumed to maintain higher standards in propriety since they hold the legal scales to distinguish the good from the bad. Most judges live up to expectations to make the judiciary the cream of our public services. Few don’t and should know better. Long before it reached crisis proportion, the controversial appointment was an embarrassing talking point that left an ugly blot on bodies executive and justice –discrediting both.

Visualize the reaction if the Executive dared to offer a job to the spouse of Victor Tennekone CJ or E.H.T. Gunasekera J or T.S. Fernando J? They would quit home or office or both abodes if a wife were errant. Executive selects soft targets likely to fall prey. Who could defend whom when those in high offices are jointly culpable? In another country it could possibly give rise to a wrong or offence – embarrassing to spell it. Life at the top does not smell of roses.

An independent judiciary is the roadblock to the tyranny of an administration. If the judiciary fails, the country can be set on fire and call is for the fire brigade. Has the judiciary being the firefighter or arsonist? If the executive is the executioner: legislature the holder of the guillotine trap door; has the judiciary indulged in a bout of attempted self-immolation?

Courts judge cases; judges are judged on decisions of courts: respectability and reliance on the judiciary originates from the justice it serves. Was justice done when the ruling party was allowed to swell its majority by a process of acquisitions from the Opposition on the strength of judicial decisions? The underlined fundamental on the franchise in the constitution is to vote first for the party before the candidate. The government took a route judiciously plotted through decisions of court to reach a secure nirvana by adding to their numbers in parliament.

Technicalities raised successfully in court caused an enfeebled and depleted opposition. Judiciary has assisted, not arrested, the tragedy of violating the spirit of the constitution, in granting an implied licence for parliamentarians to switch parties without any consequent disqualification. The handshake the judiciary offered the government, gave it the handle it requires to increase the tribe and comfortably impeach a member the judiciary. In hindsight judiciary dug its own grave donned resplendently in wig and gown.

People are last bulwark to save the judicially since public opinion can bring a government on its knees. They will align with the judiciary, if it had fulfilled its obligations. Unfolding events will speak for it – too early to foresee on a crystal ball. Impeachment of a judge will be a non-event, if the performance of the judiciary has not won the hearts and minds of the public, by being exemplary or had made efforts to tame unkempt governments.

Sheer respect for the judiciary in Pakistan brought the black coat fraternity to the forefront to topple a government through a revolution in court. Will Sri Lanka provide a similar reawakening? It won’t, if the marching crowds consist of NGO folk artists, human rights activists, anti war crime trustees, left over leftists and decadent groupies from prominent forums – over identified with anti- Sri Lankan movements. It might, if thousands of independent lawyers from a rainbow coalition march in unison without a difference of opinion. Bar is too weak to whine and the issues are too clouded for comfort – an easy way to fall into slumber.

People love the Forces because they saved the country from terrorism. Notwithstanding allegations of war crimes, the country stands nearly to a man with the Security Forces because they served the country well. People cheer the President for winning the war. Did the judiciary play the role assigned to it in recent times or did it play coy with the powers in their chummy days? It was the judiciary that gave the license to the executive to hold a referendum denying the right to exercise the franchise for 6 years at an election? Few mighty judges wrote bold dissenting judgments without cuddling in a comfort corner to declare: “I agree” to the powerful executive. Today a dissenting judgment is a rare treat. Neville Samarakoone was impeached for making a speech at a night school prize day against the executive. He retired before Parliament took a vote. Bar wilted before a strong President instead invited Samarakoone for a farewell supper being more a diners club.

The Executive with a massive majority needs curtailment and it’s the judiciary that can check mate. Divinaguma bill: blame the draftsmen for the stupidity not the judiciary for a proper decision. Why is the police mum on the assault on the Secretary of JSC? The personal vilification of him by the executive left a bad taste.

The storm could have been averted if the Judicial Service Commission acted with prudence. When the President sought a meeting it was the proper moment to ventilate complaints, face to face. Three senior judges who constitute JSC including the Chief Justice can surely confront the President on a hard talk on alleged judicial interferences. President being an experienced politician faces cruel criticism daily in the media than judicial officers often flattered by fawning counsel.

Instead imprudently JSC sneaked two press releases that sent a message worldwide that Sri Lanka is an impugned society with a threatened judiciary. A responsible institution has a duty to initially attempt to cure deficiencies through discussion and mediation, especially with Sri Lanka placed in the international doghouse. An invitation to meet the head of state should not be treated with disdain and invite trouble. Distance is better displayed with the executive by not accepting favored offers made to the family. A refusal would win respect and make the executive learn a lesson the hard way. If the correct options were taken the country would have been saved of an impeachment. Face it – JSC sadly pressed a faulty accelerator to create an unnecessary conflict.

The Chief Justice is a respected academic, elevated to the Supreme Court, where she discharged her functions to satisfaction. Misunderstanding and mishandling by both parties contributed immensely to a storm in a teacup becoming a category five hurricane. Timely intervention of saner counsel with experience and wisdom would have reduced the presently over-burdened fault list.