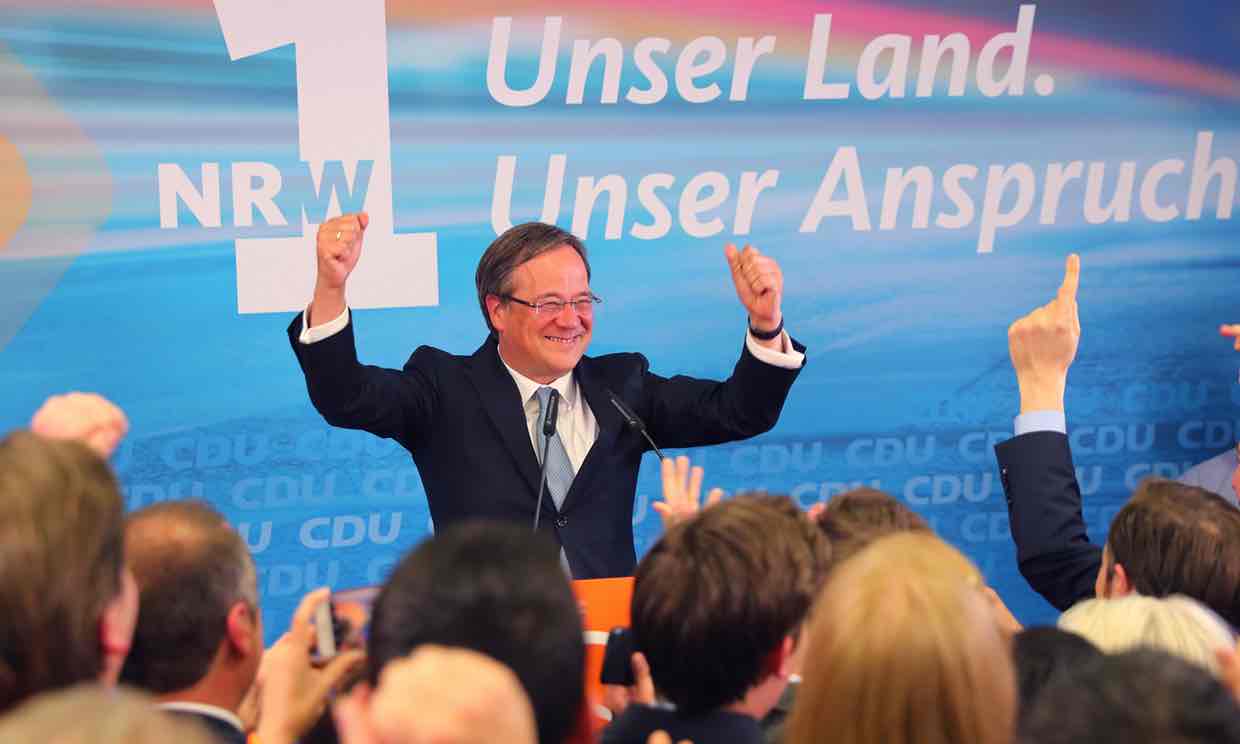 Last week France, next month Britain. Yet even by these standards, Sunday’s German regional election in North Rhine-Westphalia (NRW), won – on exit poll projections – in emphatic fashion by Chancellor Angela Merkel’s Christian Democratic Union of Germany (CDU), is an agenda-setting contest for Europe too. That’s partly because the state, which borders Belgium and the Netherlands and includes cities such as Düsseldorf, the regional capital, alongside the Ruhr coal and steel belt, is so big and important. A fifth of Germany’s population lives there. They produce a fifth of Germany’s economic output. The region is struggling with social problems. But with Germany’s general election scheduled for 24 September, this was also the last, and the biggest, of the pre-general election regional contests this year. It was one to watch closely, and it will have been – from Athens to London, and Paris to Moscow, not to mention in Berlin itself.

Regional politics in Germany often follow its own distinctive path. German government is devolved, so that local issues really do shape such contests. Yet Sunday’s striking CDU victory matters far beyond the region and the country. It points overwhelmingly towards Mrs Merkel’s return for a fourth term as chancellor in the autumn. NRW is traditionally a bulwark of the centre-left Social Democrats, the SPD. The party ruled there continuously from 1970 to 2005 and again from 2010, until Sunday. So a CDU win looks to be both the historic exception, and a likely harbinger of future CDU success; all the more so when the local leader, Armin Laschet, is widely considered lacklustre and the SPD had been ahead in most polls for the past year. Having lost control for only the third time since 1945, the SPD’s minister-president of NRW, Hannelore Kraft, resigned within half an hour of the polls closing.

While the leading party does not automatically become the government in the German system, where coalitions are routine, a deal between the CDU and the liberal Free Democratic party, which also did well, looks likely – although the eventual outcome will have to await horse-trading between the parties in Düsseldorf. One thing is clear, however. The far-right Alternative für Deutschland will not be part of any new government. Although the AfD held its national congress in Cologne last month in the hope of a strong showing, its splits meant it was projected only to squeeze into the Landtag with 7.5% and it will be shunned. Fears that the AfD might reshape German politics seem to be receding.

Overall, this year’s three regional elections have restored Mrs Merkel to pole position in German politics. The CDU extended its grip in tiny Saarland in March, eased into first place in Schleswig-Holstein a week ago, and has now finished first in NRW too. The so-called Schulzeffect, in which the return of Martin Schulz from the European parliament to lead the SPD gave a huge boost to his party, putting it briefly neck-and-neck with the CDU, has proved temporary. The defeat is all the worse for a party leader who had shaped the campaign as a test of the SPD’s capacity to defeat the CDU. Instead, while the shape of the coalition she may form after 24 September remains unclear, Mrs Merkel’s fourth term seems the increasingly likely outcome.

How has this happened? Partly, it is because the greatest challenge of her third term, the migrant crisis of 2015, appears to have abated as a defining political concern. But it is also because the German economy is growing more steadily again and the crisis in the eurozone has abated, at least for now. Any or all of these things could change, of course, and another summer migration crisis would certainly test Mrs Merkel’s popularity afresh. Nevertheless, the steadying of nerve in the politics of continental Europe after the migration crisis, Brexit and the election of Donald Trump is increasingly palpable. In France this benefited an outsider, Emmanuel Macron. In Germany it boosts the ultimate insider and safe pair of hands, Mrs Merkel.