The Guardian French election: Good luck, Mr Macron. You will need it 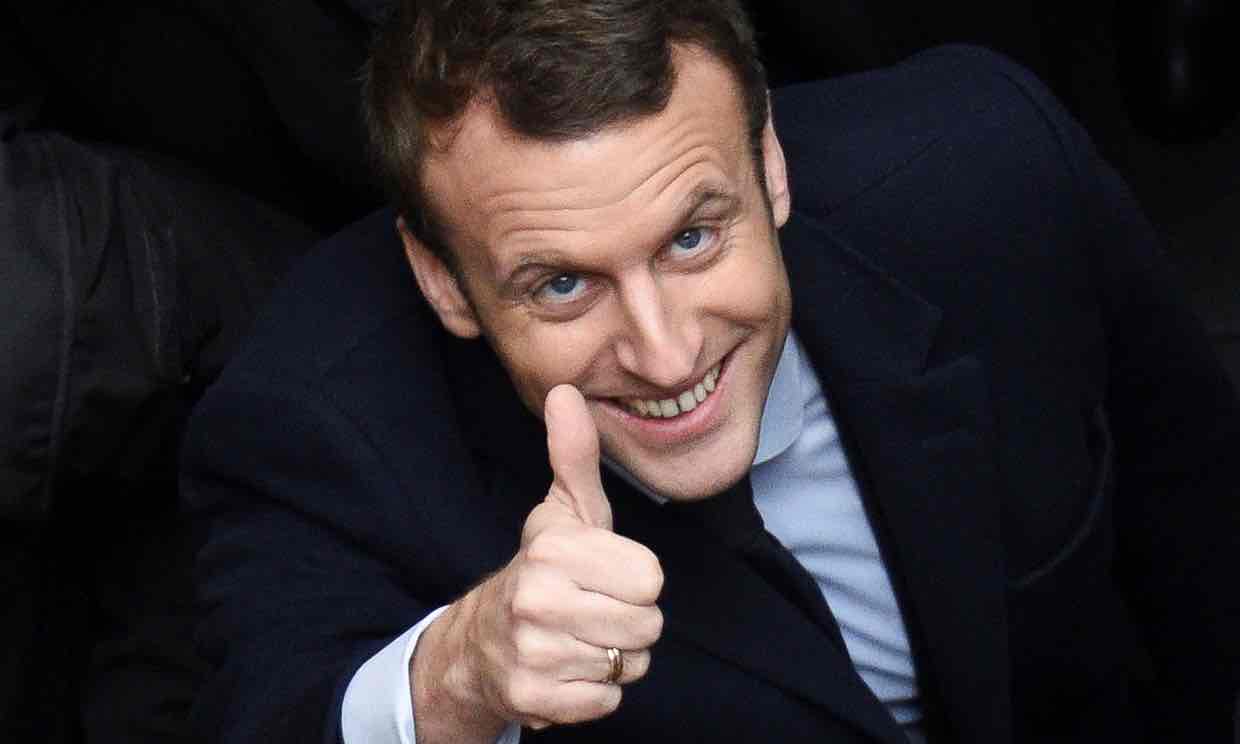 Any other result would have been a European catastrophe and, for once, thank goodness, the opinion polls got it right. Emmanuel Macron has swept Marine Le Pen aside to become France’s next president. Mr Macron won by an even wider margin than the polls have consistently implied: 65.1% to 35.9%. It is the decisive majority against Ms Le Pen’s far-right racist challenge that France needed, and one of the biggest presidential wins in the history of the Fifth Republic, eclipsed only by Jacques Chirac’s victory over her father in 2002. It is also a decisive setback for what has sometimes been depicted as a rightwing populist tide threatening governments across the developed world in the wake of Brexit and Donald Trump’s election. The people of France have inflicted a major reverse on demagogic nationalism. Their country is safer for it. So is ours. So is Europe. We salute them for it. We wish Mr Macron every success.

But his victory is more a cause for relief than celebration. The new president has been audacious in his centrist campaign based on a new movement, En Marche!. He has also been incredibly lucky in his rivals. Until this second round, he spoke for a quarter of his compatriots at best. At various stages, François Hollande, Manuel Valls, Nicolas Sarkozy, Alain Juppé, François Bayrou, Benoît Hamon, François Fillon, Jean-Luc Mélenchon and Ms Le Pen all threatened. Yet, one by one, the contenders knocked themselves out. He has a huge task of consolidation, particularly given that more than a third of French voters supported a far-right, anti-European, anti-immigrant and racist party leader, right up to the end. There is nothing to salute there.

Almost unknown to the French public until three years ago, the former banker and – only in France – former assistant to a philosopher, portrayed himself as an outsider, not entirely convincingly. Though relatively new to politics, he is a graduate of the elite’s hothouse, the École Nationale d’Administration, a Rothschild alumnus and a former minister. Many, notably on the left, proclaimed themselves “ni patrie, ni patron” – not for Ms Le Pen and nationalism, nor Mr Macron and “the boss”. He did well to counter this with a positive message of hope and reform, of liberal values allied to social justice, and of competence – but the abstention rate was the highest since 1969, at around 25%.

It is a reminder that handling the fallout from the eve-of-poll hacking of his emails is one of his easier tasks. He must demonstrate that his tough liberalism can be an effective sell in parliamentary elections. Then he must prove that his “neither left nor right” stance can offer the balm, growth and reform that France craves in the face of high unemployment, fear of terrorism, social and racial antagonism and European Union ineffectiveness. In victory, he said he wanted France’s new chapter to be one “of hope, and confidence rediscovered”. But these are huge tasks, in exceptionally uncertain terrain.

He has five weeks before the first round of elections that may make him the presidential prisoner of a hostile National Assembly in a “cohabitation” France can ill afford. Under the Fifth Republic it has had little experience of coalition government, and the party system, with the exception of the extreme-right Front National, is in disarray. The far-left will need to be won round by social programmes dependent on economic growth that eluded Mr Hollande. Each time Mr Macron falters, he may increase the chances of a rematch with Ms Le Pen in 2022. She has already pledged “a profound transformation” of her party to create “a new political force”.

The EU would have struggled to survive under Ms Le Pen – hence the unconcealed relief of Angela Merkel and Donald Tusk. Mr Macron is pro-European, but also pro-reform. He wants a eurozone budget and tighter fiscal cooperation, supports common defence plans, and wants to expand cross-border professional opportunities. He needs to engage, fast, with Mrs Merkel and other allies, not least to shift the priorities of German eurozone policies. There is absolutely no reason Britain, even amid Brexit, should not want Mr Macron to be a success in all this.

In the end, his challenge is to translate campaigning into governing and slogans into actions. He leads a nation in trouble, whose public is often more anxious and angry than confident and trustful. He must make innovative centrist government work on a continent where many have despaired of it. His own future depends on him living up to his promises. Many others, here as in France itself, have an equal stake in his success.