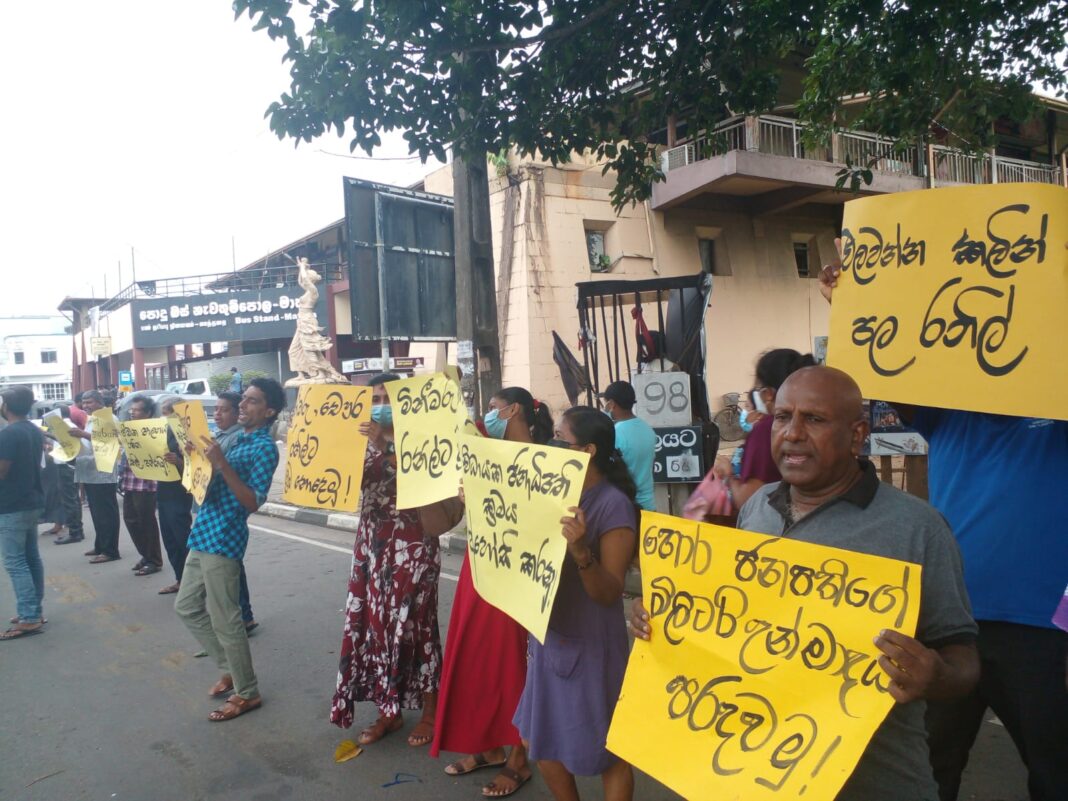 The Free Media Movement strongly condemns the inhumane and atrocious attack at the Galle Face protest area this morning (22.07.2022) using the security forces, less than 24 hours after Ranil Wickremesinghe was appointed President. Local and international journalists as well as social media activists who reported the unfolding events were attacked and their camera equipment damaged.

The full details of the attacks on journalists and the damage caused has not been reported so far. All access roads leading to the Galle Face protest site were blocked and journalists not given an opportunity to enter the protest site even in the morning.

The journalists who were present in the area of ​​the protest site stated that the military brutally attacked the people including clergy, women and even disabled people. As a result a large number of people have been injured in the attacks, and the security forces have even obstructed the people from taking the injured. It is reported that several people, including attorney-at-law Nuwan Bopage, have been arrested and it has been difficult to obtain more information about them at present.

This attack was initiated despite the announcement by the activists that they would vacate the premises of the Presidential Secretariat. It is clear that there was absolutely no requirement to use this kind of military force. This is an appalling act that further aggravates the adverse situation faced by Sri Lanka.

The Free Media Movement wishes to strongly reiterate that this attack is an outright violation of the basic freedom of the citizen to protest peacefully, including the right to express opinions, the right to be free from torture, and the right to engage in their profession without hindrance. Therefore the Free Media Movement, emphasizes that it will not hesitate to take all possible legal actions against this incident collectively with the media and the legal fraternity.