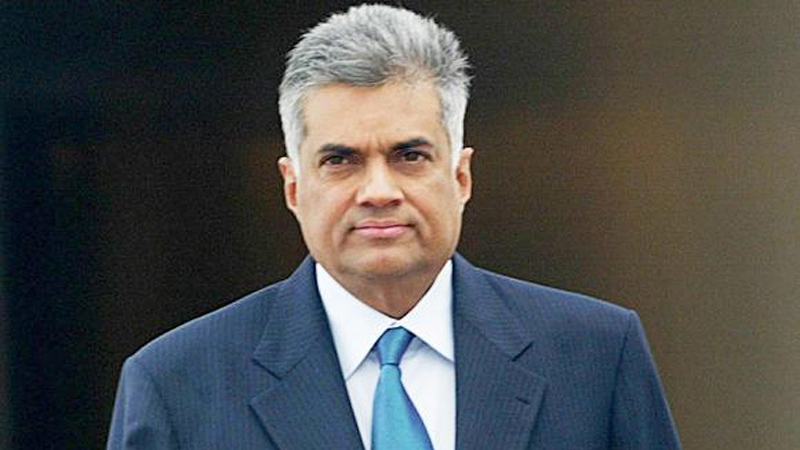 The strategy of attempting a no-confidence motion against the Prime Minister personally, as opposed to the Government as a whole, was also legally implausible, if the intention was to oust the Prime Minister from office. The latter’s constitutional security of tenure has been considerably strengthened following the changes made by the Nineteenth Amendment to the Constitution in 2015. Not only has the presidential power of dismissal been completely removed, but unlike other Ministers, the Prime Minister now ceases to hold office only by death, resignation, on ceasing to be a Member of Parliament, or if the whole Government is brought down by a defeat on the throne speech, the budget, or vote of no-confidence. Without express constitutional sanction, therefore, it follows that a vote of no-confidence in the Prime Minister alone would not have been legally enforceable, even if a court made bold to interfere in a matter within the exclusive cognisance of Parliament. As the maxim of interpretation has it: expressio unius est exclusio alterius (the express mention of one thing excludes all others). 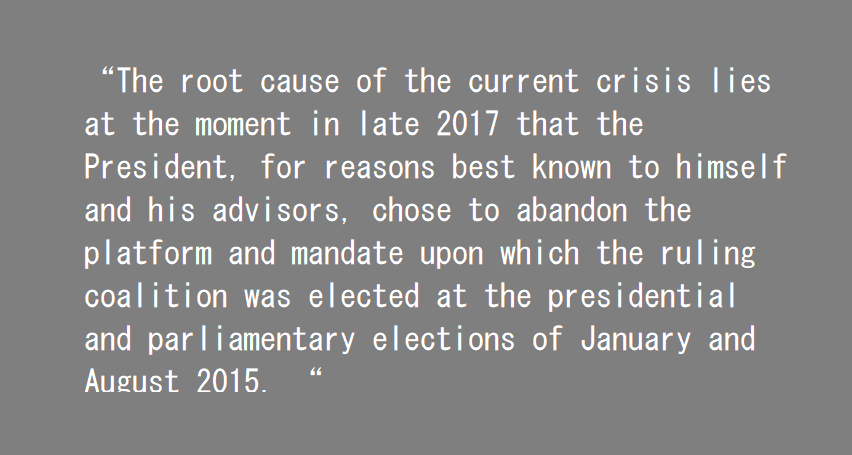 That said, it could have been extremely politically damaging, and possibly even fatal, if the Prime Minister had lost the vote of confidence last night. It may have settled nothing, but it would have generated further instability in a country that needs nothing of the sort. But since outright defeat was not a possibility, and in the event the Prime Minister has won the vote by a considerable margin of 46 – notably assisted by the absence from the House of 26 SLFP members (including Ministers and senior party officials) – the entire exercise has been futile and misconceived. The Prime Minister’s majority held, and instead it was the President’s parliamentary group – from within the ranks of which the ingenious no-confidence stratagem originated – that fragmented rather ignominiously.

The root cause of the current crisis lies at the moment in late 2017 that the President, for reasons best known to himself and his advisors, chose to abandon the platform and mandate upon which the ruling coalition was elected at the presidential and parliamentary elections of January and August 2015. The President’s desertion of that progressive majority in the pursuit of a nationalist constituency that would never vote for him is wholly perplexing in its unconscionability. It has been publicly stated by respected commentators that this deleterious influence comes from some in his circle of advisors (recalling another Latin legal maxim, noscitur a sociis: we know a man by the company he keeps). He was quite predictably humiliated by the electorate for that course of action in the local government elections in February. Rather than learning lessons from that experience, and recommitting to the reform mandate and coalition that are most likely to secure his place in history, the President has sadly persisted in efforts to undermine his own Government and Prime Minister. His questionable conduct in machinations surrounding the unsuccessful no-confidence motion – including through manifest incomprehension of the limits of his constitutional powers – indicates that he would likely continue down this path of self-destruction, even though he now demonstrably lacks the authority to unite even his party, let alone the country. Since his decision to depart from his mandate and his allies in 2017 – as heroically flawed as courageously right his 2014 decision to defect from the Rajapaksas – the President has been frittering away what pitiful political capital he has left by accumulating setback after setback. But he shows a mulish determination to pursue this path, and to take the country down with him. It is a matter of conjecture how many further opportunities the President intends to seize upon to make an embarrassing display of how unfit he is for presidential office.

For his part, the Prime Minister has brought much of the present travails down upon himself, by his unassailable insouciance, his inability to nourish crucial political support bases, his unwillingness to communicate with the public, and his inexplicable over-reliance on a coterie of incompetent cronies. After a promising start, the Government’s governance and constitutional reform mandate has been entirely dissipated by complacency, indiscipline, uncommunicativeness, and a lack of purpose and urgency. The period of his stewardship has all but destroyed the UNP’s reputation for economic competence. As the intellectual senior partner in the duumvirate at the head of the government, however, the Prime Minister must take full responsibility for the present pass, and for the widespread cynicism and disillusionment about democratic reform that this has bred. The monumental perils of repeatedly scorning the hopes of millions of Sri Lankans for reform, peace, order, and good government, should not be lost on the Prime Minister, one of the few parliamentarians possessed of the capacity and experience to understand these dangers in the context of our tragic post-colonial history.

With hopes crushed and expectations laid low by exactly the substandard culture of parochial politics that the majority of Sri Lankans uniting across ethnic and religious divides hoped to fundamentally change in that nation-building moment of 2015, we now have a Government that is in office but not in power. As was seen in the local government elections, the electorate will punish the self-indulgence of division and infighting within government. And that would only be an electoral windfall for the anti-reform forces that are waiting in the wings, with malicious relish, to take us back to the discord and the authoritarianism of the past.