“The executive and legislature exist thanks to the judiciary” – Wijedasa Rajapaksha, President ,Bar association 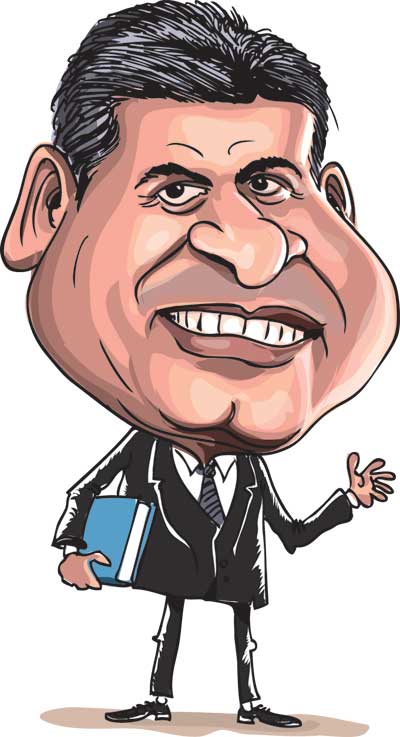 Q: What is the exact reason behind the resolution passed by the BASL?
There were two incidents; one is that the Secretary to the Judicial Services Commission issued a press release stating that the executive has interfered or tried to influence the JSC and its members. In the affairs of the Judicial Services Commission and in response to that when we had the monthly meeting of the Bar Council which is represented by all the Bar associations from the entire country, the members were of the unanimous view that we should condemn this sort of attempt to interfere with the JSC. We further decided that we would make a representation to the JSC to discuss ensuing issues with regard to the matter.
The second reason was that there had been serious attacks and criticisms which are unwarranted and illegal through state media organisations against the Chief Justice and some of the judges of the Supreme Court. This is something unprecedented. There has never been this sort of attack on the judiciary in our entire history through any media organisation. Therefore, the Bar Council unanimously resolved that we have to take some action. For this purpose, we decided to appoint a group of eminent lawyers to look into the issue. After perusing the material, depending on their advice and recommendations, we intend charging those who are responsible in these state media organisations for contempt of court.

Q: Are these the only two specific incidents that the action of the BASL is based on?
Yes, these are the two specific incidents that the action is based on. The Bar Association is the guardian of the independence of the judiciary and therefore we have to take the responsibility to safeguard all the judicial officers of this country- from a magistrate to the Chief Justice. They are performing an independent duty, therefore it is our duty as court officials to safe guard and maintain the independence of the judiciary.

Q: Apart from passing these resolutions what are the substantive measures that will be taken by the Bar Association?
These are very concrete measures. These are the strongest possible measures that can be taken.

Q: What action would you take if this sort of behaviour that is alleged to have taken place continues?
If this continues in the future there will be a separate course of action. Each incident by which the judiciary is attacked is an independent incident.

Q: Why do you believe the affairs in this country have come to this state where the executive is allegedly attacking the judiciary?
There is too much power concentrated on the executive. The leaders have become arrogant. They seem to think that everybody should succumb to their power, which is the arrogance of their power. This has been the sort of behaviour which existed in our country’s history from time to time in varying degrees. However, I believe that this issue has come about after the Supreme Court pronounced its determination on the Divineguma Bill. The executive seems to be annoyed with the Supreme Court on the judgement of the Divineguma Bill.

Q: Despite your claim that the BASL has 13,000 members we saw in the recent incident involving a Government Minister who was alleged to have threatened a judge- some of the associations under the BASL didn’t agree with the decision made by the BASL?
That was because certain associations were thinking in terms of communal lines and decided to make this whole issue a communal one. We as the BASL never towed a communal line, and have taken independent decisions. If there are any culprits – be it a Sinhalese, Muslim or Tamil that is not a matter that concerns us. But there were two Bar Associations predominantly representing one community which tried to draw a communal line which is negligible. We have ignored it and have decided to go with the decision of the majority.

Q: Do you believe that all of these associations will come together in order to protect and safeguard the independence of the judiciary?
Yes of course. Even if you look at the Mannar incident- all the decisions including the filing of papers against Rishad Bathiudeen- were unanimous. Although one or two associations took different decisions later on all of them were represented at the main Bar Council and there was not a single member who was against it. We have done everything with clear consensus. That is a very significant thing. Even in our history I don’t think that whenever an issue of this sort arose there was unanimous consensus. Here is an occasion where there was no division at all both in the executive committee and the Bar Council.

Q: So will the BASL stand together in order to protect the independence of the judiciary?

Yes, we will stand together despite any obstacle that we would have to face in order to protect the independence of the judiciary. We will never mix up political opinions or affiliations into the affairs of the Bar Association. They will be completely separate and continue to work independently.