The economic problem of watching the watchmen 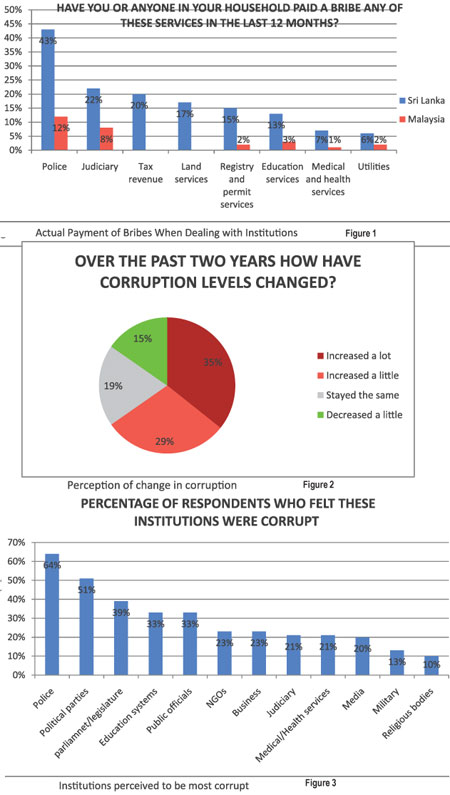 The perennial problem in both the private sector and government is the problem of “watching the watchmen”. In the language of economics, it is a principal-agent problem: how to hold top management (agents) accountable to shareholders (principal). This is captured in the famous Latin phrase: Quiscustodietipsoscustodies?; translated as: “who will watch the watchmen” or “who will monitor the monitors”.

When outcomes are not measured merely in terms of financial profit, the problem becomes even more complex. This is because there are no simple indicators or metrics. This is the case with public sector institutions, where the shareholders (principals) are the people of the country, and their elected representatives are the top line of management (agents).

In Sri Lanka, every two to three years a parliamentary committee called COPE (Committee OnPublic Enterprises) reports on the management due diligence of government run institutions. The latest COPE report was re this month, in July 2013. COPE reports routinely find huge departures from proper accounting and operating procedures and request rectification, but does this meanviolations are diminishing? One thing is clear, the shareholders – the people of the country – don’t seem to think so.

Of the 174 countries surveyed by Transparency International’s 2013 Corruption Perceptions Index, Sri Lanka came in at 79. That is, the perception of corruption by Sri Lankans was greater than the perception of corruption by people in 78 other countries. On this account, Sri Lanka is doing better than most African and South Asian economies but also significantly worse than other countries in these regions: such as Ghana, Rwanda and Bhutan.

The Limits of Comparison

It is important to understand that this is mainly a corruption PERCEPTION index. And this has limitations for cross country comparison. This is because social and cultural history can significantly affect perceptions, and therefore the magnitude of perception is not likely to be linked to the magnitude of corruption in the same way from one society to another.

For instance, in Colombo, the invitation to pay a municipal parking attendant without receiving a ticket does not cause outrage – perhaps due to sympathy for these beleaguered attendants. But in London such a proposition would seem terribly outrageous.

The latest survey however went beyond perception to ask about actual payments of bribes by those who came into contact with government institutions. The results are captured in Figure 1, which shows the figures for Sri Lanka and Malaysia.

The problem seems huge. 43% of Sri Lankan households that came in contact with the police paid a bribe in 2012; likewise, 22% paid a bribe to the judiciary, and 20% to the tax authorities. Malaysia, considered to have some similar political and social dynamics to Sri Lanka, has starkly less bribe payments.

The perception is that it is getting worse

The challenge in Sri Lanka is not just that corruption is both perceived and experienced to be very high, but that it is also perceived to be getting worse.

Businesses are particularly affected by corruption in Sri Lanka. Consumer related services like education, healthcare and utilities are relatively less corrupt compared to services used by business such as paying taxes, registrations/permits and the legal system. This again is what game theory analysis in economics predicts: businesses as repeat customers are more vulnerable, because they can be “repeatedly punished” with delays and denials of service if they refuse to pay, and their capacity to pay is also higher.

But this does not mean that consumers escape. The corruption cost of business is passed on to consumers through higher pricing, and weaker competition. Given that the survey is of households and not businesses, it shows that the corruption habit of institutions that deal with businesses is spilling over in a big way to the consumer experience as well.

Chicken or Egg? In the second generation it is both!

A previous Verité Insight found that Sri Lanka’s poor score on the Doing Business Index was largely caused by three factors: difficulties in paying taxes, enforcing contracts (police and judiciary) and registering property. Figure 1 corroborates that finding. It shows that institutions which are responsible for these three areas are precisely those that elicited the most bribes by those who dealt with them.

There is a chicken and egg dilemma here. Is there more bribing to overcome the inefficiency of these institutions, or are they kept inefficient to facilitate more bribing? Whatever came first, economic research is clear that the perpetuation involves both. The Verité Insight on the justice system showed that it was plagued with needless delays. The results of the corruption survey suggests that this may be also by design: keeping it in “slow motion” is creating lucrative bribe opportunities.

Initiatives such as the COPE report of parliament don’t adequately deal with the Principal-Agent problem highlighted in economics. A single party dominated parliament means that COPE is essentially the fox protecting the hen coop. Quiscustodietipsos custodies?If citizens and the private sector want to see a reduction in corruption they have to find other means that go much further than routine COPE reports, to let the foxes know that they are accountable.

Verité Research provides strategic analysis and advice to governments and the private sector in Asia.