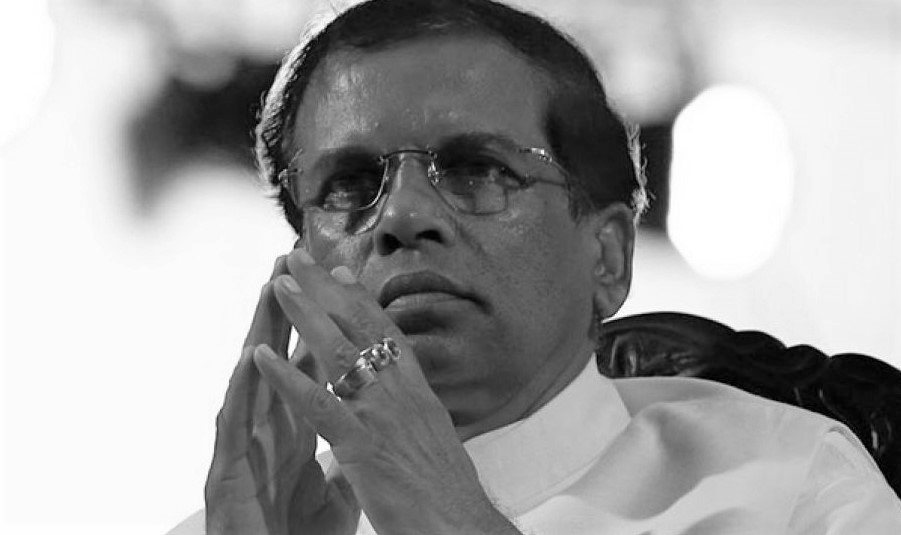 Can a President or a Prime Minister be indicted for gross criminal negligence in respect of his or her duties to the nation? A cynical wag may well remark that, on this same reasoning, virtually the entirety of Sri Lanka’s political leadership since independence may be criminally liable. And therein hangs the difficult tale of the report of the Presidential Commission of Inquiry into the Easter Sunday attacks, which has recommended (reportedly) that criminal proceedings be instituted against former President Maithripala Sirisena, ‘under any suitable provision in the Penal Code’ for failing to take effective action in advance of the carnage.

No bar to legal action against a former President

The (conveniently) amorphous reference to ‘any suitable provision’ as reported, assumes, of course, particular significence given that this now lands on the lap of the Attorney General. He will need to advise himself in a manner that does not seek refuge in ‘a suitable provision.’ That amorphousness is a singular luxury permitted only to fact-finding Commissions as we may say, tongue-in-cheek as it were. Rather, the state law officer will be called upon to identify first, the exact criminal/penal provision in play and secondly, the satisfaction of the required criminal standard for indictment to ensue.

Of course, here, our self-same wag may cackle that the country’s prosecutors have been none too fastidious in insisting that high standards apply in issuing indictments. Witness therefore the long line of prosecutions compelled by political motives, including a former Army Commander, numerous journalists and now lawyers who have joined this unfortunately chequered list. Regardless, it is nonsense to assert as the Minister of Justice is reported to have done some days ago, that the Supreme Court must authenticate a prosecution of a former President for acts or commission or omission committed during the time of office.

Article 35 (1) is clear on this point. It states that, ‘while any person holds office as President, no proceedings shall be instituted or continued against him in any court or tribunal in respect of anything done or omitted to be done by him either in his official or private capacity.’ Thus, the legal position that a former President may be liable for such acts upon leaving office is firmly settled in our law and it does not really need grandstanding by party lawyers before television cameras to stress the point. This is evidenced on first principles, going by the literal meaning of Article 35(1) of the Constitution.

Precedents from the past

It also, emerges quite unequivocally from cursus curiae of the Supreme Court. Of these, one of the earliest was Karunatilleke v Dissanayake (1999) where the Court (per MDH Fernando) affirmed in crystal clear language that, ‘Article 35 (1) only prohibits the institution of legal proceedings against the President while in office.’ Presidential immunity was also discussed more recently in the notable Dissolution Judgment of the Supreme Court (Rajavarothiam Sampanthan and Others v. Attorney General and Others, 2018), where the Court reiterated that, Article 35(1) only protected  ‘..a President [so long as he holds office] from being sued in respect of any act or omission done by him in his official capacity qua President or in his private capacity.’

The Court went on moreover to note the signal change brought about by the 19th Amendment where even a sitting President may be liable to a fundamental rights challenge. That, as we may recall, was retained in the 20th Amendment following a not inconsiderable struggle. So while this point surely needs no belabouring, we are on a more contested question here, namely whether criminal liability follows, inter alia, from the fact that the former President knew of a possible terrorist threat but “proceeded to India and then Singapore from April 16 to April 21 without making any acting appointment for the post of Minister of Defense.”

For those from the now pitiably decapitated Sri Lanka Freedom Party (SLFP) who are now throwing up their hands in horror at the possibility of the head of that party being indicted on this basis, it must be reminded that such conclusions on the part of a Commission of Inquiry are not some strange, new phenomena. Rather, we are well used to this, givem excellent precedents from the past. Two good examples that immediately come to mind are the Special Presidential Commissions of Inquiry appointed to look into the assassinations of prominent political figures, Vijaya Kumaratunga and Lalith Athulathmudali in the nineteen nineties.

The unhappy context of the present

In these instances, the good Commissioners came to findings that former President Ranasinghe Premadasa was responsible for the two assassinations as he had the ‘political motive’ to kill and ‘could’ have done so. The Vijaya Commission concluded that a prima facie case was established against Premadasa for indirect involvement in Kumaratunge’s assassination as he was ‘implicated by evidence of a motive’ for the assassination and by circumstantial evidence, of the suppression of the investigation. In turn, the Lalith Commission proceeded to find former President Premadasa implicated in the assassination due to the late Athulathmudali being a formidable political rival of Premadasa’s, whose death benefited his political persona and ambitions.

Both findings were suspect given that penal culpability did not arise in such circumstances.In fact, when intervening to strike down action taken against several persons, including former Minister Sirisena Cooray based on the Lalith Commission report, the Supreme Court took pains to point out that, mere suspicion cannot form the basis of disciplinary or criminal action. Fittingly quoting Francis Bacon, it was observed that, there were only suspicions in the minds of the Commissioners with regard to the commission of omission of various acts on the part of Cooray, but  “suspicions amongst thoughts are like bats among birds, they ever fly by twilight. Certainly, these are to be repressed or at least well guarded; for they cloud the mind……….”

And so we return to the unhappy context of the present. Sri Lanka witnesses report after report of Commission after Commission presented to the public much like the proverbial rabbit out of the magician’s hat even as justice is not served to those who have been grievously wronged. Where this particular Report is concerned, its recommendations to rein in extremist Buddhist monks literally foaming at the mouth against religious minorities as well to its calling for a complete ban on wahabi ideology and regulation of madrassas are welcome. Its strictures on the ‘laxity’ of the then Prime Minister in his unconcern to matters of national security and the dereliction of duties of senior law enforcement and intelligence officials are to be expected.

Our racist and militarised distractions

But in the final result, Catholic and Christian victims of the islamist-inspired jihadist attack on innocents praying in churches and holiday makers celebrating Easter in Colombo’s hotels almost two years ago are no more enlightened in regard to actual perpetrators of this attack than they were previously. Their plight echoes Tamil Hindu mothers who mourn the fate of their disappeared sons and Muslim parents who wail in memory of their covid-afflicted children cruelly cremated by virtue of a heartlessly racist policy. Shamelessly, the Government reversed that no-cremation policy this week, going on to reassure Muslim countries whose support they are seeking ahead of a hostile resolution in the United Nations Human Rights Council.

One might well ask if this was not a game all along, to divert attention from the monumental failure of governance that we see, from covid vaccinations to the upending of Sri Lanka’s decades old legal order. The racist and militarised idealogy now runs the machinery of the Sri Lankan State to the discomfiture of even some segments of the Government itself is a distraction, as deadly and as crude as it may be. Its  grand majoritarian, ethnocratic triumphalism has precipitated this country into the abysss of international scrutiny which gathers apace.

There is little left but to await the inevitable conseqences of what this entails.