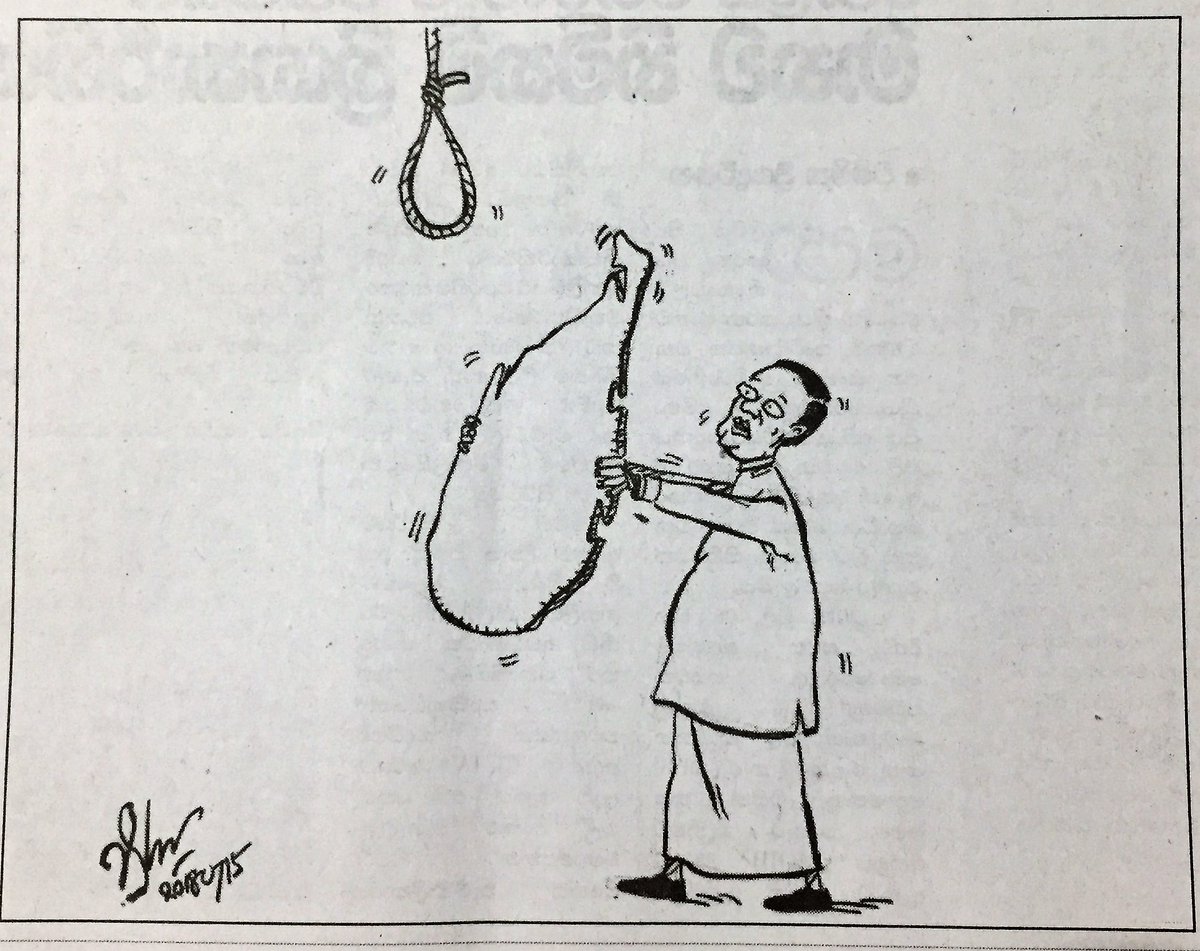 “The Human Rights Commission wishes to bring to Your Excellency’s and the Government’s
attention its recommendations regarding the abolition of the death penalty, which the
Commission views is imperative for Sri Lanka in recognition of the growing global recognition
that the death penalty seriously violates several human rights including the right to life and
freedom from cruel and inhuman punishmen| is an extreme and irreversible punishmenU and
is ineffective as a deterrent to crime. Sri Lanka should demonstrate its commitment to the
sanctity of life and fundamental human rights principles by joining the more than 100 nations
in the world that have abolished the death penalty thus far. Another 60 countries do not carry
out death sentences in practice.”

Read the full letter of the HRCSL to President Sirisena, dated  l January 2016: