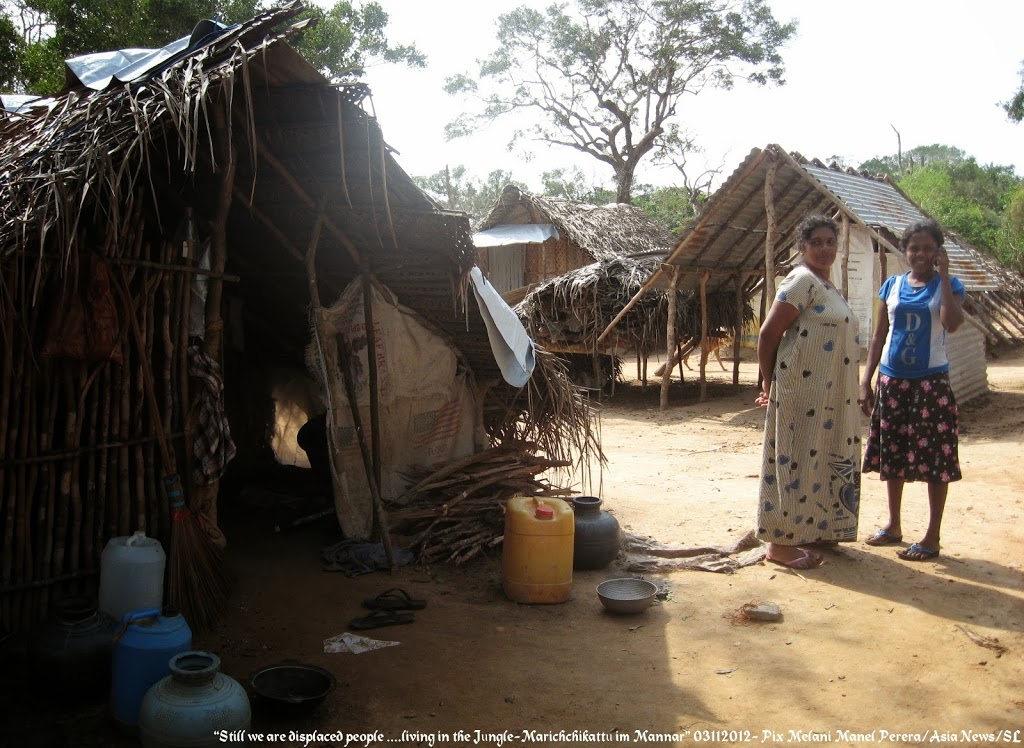 Jehan Perera
In preparation for the forthcoming meeting of the UN Human Rights Council in Geneva the government has sent its top civil servant, Secretary to the President Lalith Weeratunga to Geneva to put the government’s achievements into perspective. Since 2012 when the government lost the vote at the UNHRC and had to face a resolution calling on it to implement post-war recovery and accountability measures, the government has been seeking to get the best communicators working for it.
The government has even hired public relations companies in foreign countries at high rates in order to get its message across. As the person in charge of ensuring that the government implements the recommendations of the Lessons Learnt and Reconciliation Commission (LLRC) as mandated by the UNHRC resolution, the President’s Secretary is now being seen as the best person for the job.

According to the government media, during his visit to Geneva where he had briefed the international human rights community, the Presidential Secretary stressed that the Sri Lankan government has done all that was humanly possible to implement the National Plan of Action to carry out the LLRC recommendations since it was approved by the Cabinet of Ministers in July 2012. He had also detailed the action taken by the government over the past 18 months to give effect to the recommendations of the LLRC in the areas of international humanitarian law issues, human rights, land return and resettlement, restitution and compensatory relief and reconciliation. He used statistics to make the point that life in the former war zones of the North and East is on an upward curve.

The government affirms its success in the area of post-war recovery by focusing on its success in rebuilding the economy especially in the North and East and also in rehabilitating those who were victims of the war. The government points to its success in resettling those displaced by war in a relatively short period of time as compared to other countries. It shows facts and figures that put the number of those resettled in the hundreds of thousands. But what the international community wants is different. There continue to be exceptions that prove the rule that much more remains to be done, especially in terms of governance. An example is the village of Mullikulam in the Mannar district in the north of the country. It is a village that has fallen between the cracks of the government’s macro strategy of resettlement and reveals those key aspects of the LLRC that remain to be implemented.

Mannar is the only district in the country with a majority of Catholics. The Catholic clergy is therefore very influential in that district. In the absence of a strong opposition that can protect the people’s rights from governmental power, it is the Catholic clergy who are frequently called upon to play the role of protectors of the people. I visited Mannar last week to take part in a discussion with them on the current political situation and possible responses to it. Having listened to what they had to say, especially about the continuing plight of the people, I asked to see the displaced persons who were still languishing without being provided with the permission to return to their own lands. I could get a first hand perspective having seen them and how they live.

The people of Mullikulam are amongst the large group of people who lived in the North and East, who got displaced several times during the course of the thirty year war. They had been first displaced in 1984. They returned after two years, but they were displaced again, and yet again. On every occasion they nurtured the hope that they would be able to return one day to their old homes and homesteads. Mullikulam is very scenic having seven irrigation tanks that give a tranquil picture together with the paddy fields that they feed, and which provide both income and sustenance to the people.

The pride of the village, however, was their church, a big and imposing one that compares favorably with the great Catholic churches at Talawila and Matara. It is called the Church of Our Lady of Assumption and was first built in 1786. The economic level of the people would have had to be high for them to have constructed and maintained such a church. It is claimed that the flag staff of the church is the tallest one made of a single tree trunk. The church looks especially beautiful after it was refurbished and re-tiled by the navy. The floor looks like it has been marbled. A plaque in the church gives the credit to various members of the security establishment. But today this church is separated from the people. It is no longer readily accessible to them. It is in the midst of a navy camp that has been set up after the war.

KEEP PROMISES In deference to the religious significance of the church, the navy permits people to enter the navy camp if they say they want to visit the church. Those from outside who wish to go to the church have to first obtain permission, which is routinely granted. I was able to enter the navy camp and go to see the church in this manner. I was told that the people of Mullikulam come to the church on Sundays. As they now live far away from their church, the government provides a bus to bring them at a specified time and to take them back. But it is not the village church any more. It is located in the middle of a naval camp where the village houses once were. The village school too is in the middle of the naval camp, near to the church and the children are provided with a bus to travel daily.

Those who have taken over the land of the people might think they have been fair and generous. But how many of us would like to be bused to our traditional place of worship if it is now in military camp, or have our children be bused to a school inside a military camp? Even if the government had a legitimate security need to take over the land of the people of Mullikulam to set up a navy camp there, it ought to have adequately compensated the people for their loss. But today, five years after the end of the war, these people continue to live in cadjan huts next to scrub jungle. Their livelihoods are gone. Six of the seven irrigation tanks that they used for cultivation are no longer accessible to them, and there are restrictions over their use of the sea for fishing. The continuing neglect of Mullikulam does not reflect positively on the spirit with which the government’s resettlement programmes are being undertaken or on its implementation of the LLRC.

Over a year ago Catholic Church leaders came all the way from Colombo and accompanied the Defence Secretary to inform the people of Mullikulam that they would never be able to go back to their lands. However they were promised a new village complete with hospital and school less than a kilometer away from their old village. But over a year later a mere 28 houses have been built by the navy to compensate the 28 families whose houses were taken over by the navy. But 200 plus families whose houses were bulldozed to make the navy camp picturesque and green have not received anything, and continue to live in cadjan huts. They have no access to electricity, so they have no television which could at least enable them to live vicariously. There is a need for a follow up mechanism to ensure that these promises made are kept, even if the people do not get back their original places of inhabitation.

Unfortunately, this is not what is happening in the North and East of the country. When the Northern Provincial Council was established there was hope that it would be able to deal with problems that had been neglected by the central government authorities. As a tier of government that is closer to the people, the provincial administration is better positioned to fill in the gaps that arise in the implementation of large scale government projects. While in Geneva, the Presidential Secretary has also been reported as having elaborated on progress in key areas, including the successful conclusion of the Northern Provincial Council elections, and the government’s commitment in continuing the massive development drive in the north in cooperation with the Chief Minister.

However, four months after the establishment of the Northern Provincial Council, these hopeful expectations are failing to materialize. Chief Minister C V Wigneswaran who was expected to be able to cooperate with the government at a higher level of understanding due to his non-political background as a former judge of the Supreme Court appears to be disillusioned. He has spoken publicly and critically about the relationship of the provincial council with the government and referred to broken promises and the failure to devolve powers to the provincial council.

It appears that the relationship between the centre and provincial council is becoming totally severed. This is unfortunate for two reasons. One is that the failure of the devolution of power means that the country is not progressing towards a political solution to its ethnic conflict. The second is that the people who are victims of the war continue to suffer. During his visit to Geneva, Presidential Secretary Lalith Weeratunga is reported to have said that the solutions to reconciliation cannot be found overnight and that trying to do so at the stroke of a pen could be detrimental to a sustained process. In saying this he may have been referring to issues of demilitarization and devolution of power, which the Tamil polity wants as soon as possible. The huge mandate obtained by the TNA at the Northern Provincial Council election was based on these two fundamental demands. The LLRC too calls for them. This is what the government needs to be implementing.
http://www.island.lk/index.php?page_cat=article-details&page=article-details&code_title=96722