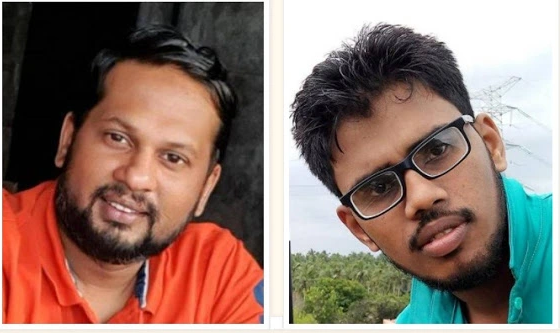 Ahnaf Jazeem and Hejaaz Hizbullah find themselves thrust as symbols of Sri Lanka’s latest contentions with that most delicate of equations; between the rights of the citizenry as individuals and the safety and security of the country and community as a whole. Jazeem was arrested in May 2020 due to his book of poetry, called ‘Navarasm’, which was judged to have the potential to radicalize.

Mr. Hizbullah was arrested in April 2020 for aiding and abetting the Easter Bombers. No evidence has been presented in this regard. However Mr. Hizbullah was found to have represented the families of one of the attackers in a property case. Amnesty International has declared Hizbullah a ‘prisoner of conscience’ adding another layer of international pressure and media spotlight on Sri Lanka. Hizbullah was only charged some nine months following his arrest; for inciting communal disharmony and not the aforementioned “aiding and abetting”. (https://www.srilankacampaign.org/a-year-on-hejaaz-hizbullah-still-imprisoned/).

The freedoms of speech and expression are considered keystone principles of modern civilisation.

‘Navarasam’ was initially published in 2017 and as per reporting, the poetry was first discussed during a hearing for Hizbullah’s case, which then led to 26-year-old Ahnaf Jazeem’s arrest. The CID had seemingly not read the book prior to the arrest. Reports state that some poems were critical of ISIS as well as US imperialism, hardly radical positions. Further, the book was found at the premises where Mr. Jazeem had held tuition classes, giving the impression that it had been distributed to minors.

An expert panel of child psychiatrists from the Lady Ridgeway Hospital deemed the book harmful to minors. There have, however, been contentions that this panel read a translation of the poems without any understanding of the original language the book was written in. It must also be stated that there is no evidence that any minor had been radicalised by its contents, or even that Jazeem had distributed the book to minors. (https://groundviews.org/2021/05/14/the-case-of-the-poet-without-a-voice/)

Does the ‘potential to radicalize’ warrant the continued detention of Jazeem for over a year? What are the costs of his detention? From a personal perspective, Mr. Jazeem is surely suffering the sort of anguish most of us can barely imagine. Anyone familiar with the conditions in Sri Lanka’s detention system will attest to the countless hardships he is facing. What of his family, those connected to him, his loved ones and friends? Try to imagine their pain and suffering. It is also just as important to consider what effects this has on the psyche of a society, already ravaged by decades of war and the emergence of this new threat. What does this say about the freedom of Sri Lankans to express themselves; to read and write what they please?

The freedoms of speech and expression are considered keystone principles of modern civilisation. The Universal Declaration of Human Rights as well as Sri Lanka’s own constitution have enshrined these values. There are limits on free speech and contentions surrounding where the boundary lies and what defines it. Even a superficial reading of John Stewart Mill’s ‘On Liberty’ provides an excellent introduction to the modern underpinnings of the freedom of speech.

Simply put, the freedoms of speech, expression and inquiry are the very freedoms that allow us to enact and defend all other rights. It cannot be understated; these values are foundational to the story of human emancipation. Humankind fought for centuries for the freedom to blaspheme, to question the authority of the church and god, of kings and empires.

The Easter Attacks have drawn fresh critique surrounding the freedoms of expression and specifically, the freedom of religion. While the critique exists, the debate is stifled and an acceptance that some freedoms must be sacrificed for security is now commonplace.

There are of course legitimate and urgent concerns regarding the spread of violent Islamist ideology in the country. In the five or so days that followed the Easter Attacks, over 60 people were arrested and by the end of that year, as per some reports, the number of arrests exceeded 300. (https://www.indiatoday.in/world/story/easter-attacks-in-sri-lanka-terror-attack-church-attack-1595954-2019-09-05)

Investigators have been allowed to arrest and apprehend at will and while these arrests may have the effect of convincing the public that authorities are diligently bringing those responsible to justice, this assertion needs to be considered against the failures that led to the actual attack. In the weeks leading up to Easter Sunday 2019, information was available, warnings were provided and even letters dispatched to multiple levels of the security apparatus; should we give all this power back to the very authorities that failed the country in the first place? Consider also that we are no closer to uncovering the real organisers of the attack and that more questions have been raised regarding contact between police and intelligence officers with members of the National Thaweed Jama’ath and its alleged affiliates.

In the aftermath of the attacks, the public were uninterested in the intricacies of due process and legal rights, we wanted to know that those responsible would be brought to justice. It is that culture of fear that brings a society to a reckoning with itself. When we trade our ethical and moral standards, seemingly to protect the greater good, the results can be devastating.

“So long as the utility which dominates moral value-judgments is solely that which is useful to the herd, so long as the object is solely the preservation of the community and the immoral is sought precisely and exclusively in that which seems to imperil the existence of the community: so long as that is the case there can be no morality of love of one’s neighbour. Ultimately ‘love of one’s neighbour’ is always something secondary, in part conventional and arbitrarily illusory, when compared with fear of one’s neighbour. Once the structure of society seems to have been in general fixed and made safe from external dangers, it is this fear of one’s neighbor which again creates new perspectives of moral valuation.”

This passage is from Friedrich Nietzsche’s ‘Beyond Good and Evil’ in which he discusses the concept of universal morality i.e. of right and wrong. Nietzsche divides morality into ‘master morality’ and ‘slave morality’. The former defined as judging good and bad; virtues vs vices while the latter considers morality against a scale of good or evil intentions.

Nietzsche’s work has been discussed and dissected throughout history; his reflections on what constitutes right and wrong and where the source of this morality can be located is a definitive consideration within philosophy. Nietzsche considers whether the condition of morality can be separated from the culture which places value on that condition.

Sri Lanka’s social evolution has been marred by externalities and molded by the constant fear of an “enemy at the gates”. These include the colonial oppression, the JVP insurrection, the LTTE, even international organisations and our neighbours across the pond. The most recent enemy to emerge has been the threat of radical Islamism, bringing Samuel Huntington’s “Clash of Civilisations” to Sri Lankan shores.

The Easter attacks revealed to Sri Lankans an unexpected, new enemy. Sri Lanka had now caught up with the rest of the world with having to contend with Islamist ideology and its violent effects. In many ways, the west caught up with Sri Lanka on September 11th 2001 in understanding that terrorism cannot be contained, that it is international and that it can strike anywhere, at any time, not bound by the geographical restrictions of traditional theatres of war.

What followed in the US and other western democracies was an assault on all manner of freedoms, denigrating the very values that liberal societies had stood for and those which purportedly differentiated these societies from the terrorists. Mass surveillance, the rounding up of Arab Americans without due process, the social vilification of Muslim minorities and of course, the infamous Guantanamo Bay, are just some of the symptoms of the mass fear that gripped society.

The stain of Guantanamo Bay (Gitmo) will not easily wash off the US Government, nor should it. President Obama first campaigned on the pledge to close Gitmo in 2007, it must be said he reduced numbers from 245 to 40, yet this was another entry on the “yes, we tried” side of his scorecard.

There was certainly a popular movement for the closure of Gitmo, but nowhere near as powerful as the silent majority that perhaps took the view that Gitmo was a necessary part of the wider apparatus to ensure the safety and security of the homeland. It is not a wholly irrational reaction, though predictable and ill-considered.

Those aspects of the War on Terror such as “Gitmo”, the unconstitutional attacks on privacy and data, drone attacks, racial epithets and Islamophobia have served to reinforce the thesis of Islamist ideology and its critique of the West. In short, these policies only serve as tools for radicalization.

Against this context, Sri Lankans must contend with the source and the structure from which the Easter Attackers emerged, how their thinking was manipulated; it is vitally important to our understanding of just how pervasive the ideology might be within our shores.

As important, however, is that Sri Lankans understand the link between national security and preserving constitutional norms and societal values; that targeting members of the Muslim community with little basis, and even less accountability will have its own consequences.

Does the imprisonment and continued detention of Hizbullah and Jazeem make Sri Lanka safer from violent extremism? Does the moral cost of this behaviour justify the benefits to our country’s society, does it even improve racial harmony? It is left to the readers, to society at large to ask and answer these questions for themselves.

Ultimately, the Sri Lankan citizenry must realize that the violation of the civil liberties of Hejaaz Hizbullah and Ahnaf Jazeem threatens the civil liberties of every Sri Lankan. We cannot allow this fear of the neighbour to become the foundation upon which we try to shape the moral structure of our community. The Treasury can borrow money from the Exim Bank of China and build all the expressways and flyovers we want, but these will not mask our inability to build the kind of society that all Sri Lankans can be truly proud of.