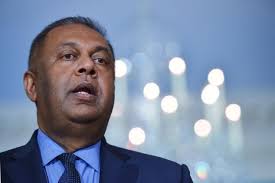 For as long as Sri Lanka has been an independent and sovereign nation, our people have been torn between two opposing political forces. This is the battle between the politics of unity and politics of division. To unite peoples across religious, ethnic and geographical lines requires moral courage and national vision. Unfortunately, many who have aspired to leadership roles in politics, the clergy and business have, far too often, taken the short cut of trying to gain or retain their power and influence by seeking to divide our people.

Some like the LTTE have tried to carve our country in two among ethnic and geographical lines. More recently, the radical Islamic cult of Zahran Hashim and ISIS sought to set the country on fire by igniting themselves, hundreds of innocent civilians and communities. All Sri Lankans condemn this unspeakable brutality. Our country owes the victims of these attacks an incalculable debt. Their grief is eternal, and the UNP will stand with them until the end of time.

Sadly, these terrorists are not the only forces who have succumbed to the temptation to lead Sri Lankans by dividing and not uniting. In 1983, several national leaders were guilty of, at minimum, turning a blind eye to heinous persecution of innocent Tamil civilians who were made to pay the price for crimes committed by the LTTE. During the 1989 insurrection, extremists ruthlessly killed civilians of all faiths and ethnicities. The government’s crackdown on their brutality was so heinous that none other than Mahinda Rajapaksa went to Geneva to seek international intervention to protect the human rights of Sri Lankan citizens.

In recent years, Sri Lankans have made many strides towards a more united country. For every step forward we take, the stark reality is that there will always be those whose political survival depends on dragging the country backwards and trying to divide us along sectarian lines.

It cannot be said too many times that most Tamils had nothing to do with the LTTE, most Sinhalese did not support the JVP insurrections, most Muslims abhor and denounce radicalization of their Islam, and most Catholics and other Christians are disgusted by the attempts of a few to legitimize a racist and religiously motivated witch hunt.

At the forefront of this witch hunt, attempting to hijack our criminal justice system with sectarian fairytales about forced sterilizations and terrorists lurking under every kufi, are the same men of the cloth who before 2015 led mobs to burn innocent shopkeepers alive. Standing in solidarity with this hatred are those who committed the cardinal sin of remaining silent while these same mobs attacked and set alight evangelical churches with the tacit blessing of the last regime. These laymen and clergy do not represent the vast majority of followers of their faith, who want only to live together in peace and harmony.

But there is a clear and present danger in ethnic peace and harmony. It is not a danger to the country or to its people, but a danger to certain politicians, media institutions, political movements and clergymen. In a united Sri Lanka, where Muslims don’t fear Buddhists, where Sinhalese don’t fear Tamils, and where Christians can worship in peace, they would become irrelevant.

What role is there for them in a Sri Lanka where your religion or ethnicity does not play a role in your employment, housing or marriage prospects?

Mark my words. Had he supported Mahinda Rajapaksa in Parliament last year, there would not have been a no-confidence motion against him. He would not be called a terrorist. There would be a new target. Even today he is being cajoled to join the other side in exchange for the removal of his “terrorist label.” This is a man who served as a Cabinet Minister under them for almost a decade, who we are supposed to believe suddenly became a terrorist overnight after he stood by the UNP and by democracy.

The irony of the no-confidence motion being brought against this man is that it is being championed by Parliamentarians who clung to power for a whole month after their illegal government last year was defeated in not one, not two but three consecutive no-confidence motions. When they saw that they could not get their way, the whole country and the world watched as they tried to terrorise Parliament on 16 November 2018.

Every elected and appointed official in our country has sworn an oath to uphold and defend a Constitution that does not give power to politicians, priests or social media platforms to decide who is guilty or innocent of any crime, including terrorism. That is a sacred duty left to our judges, after a police investigation and fair trial.

In a country with such a proud tradition of justice, where all citizens were once entitled to be considered innocent until proven guilty, people including a cabinet minister have been declared guilty without evidence, and the police have literally invited public complaints against these targeted four individuals in order to find them guilty of something – anything. Racists and xenophobes have hijacked our justice system and literally turned it upside down.

If Rishard Bathiudeen or anyone else has committed a crime, there is a process for a criminal investigation to commence, for evidence against them to be presented before courts and for justice to take its course. If they are guilty, they should be punished. Especially in the current context, our police and security forces have unprecedented autonomy to investigate and prosecute anyone remotely connected to these attacks.

But never in the history of our country have people first been declared guilty by the press and in Parliament, only to thereafter have the police call for evidence that they may have committed a crime. Today the targets are Muslim leaders being accused of terrorism. Who will tomorrow’s targets be? What will they be accused of? If this becomes the new norm, no one will be safe from this kind of mob lynching.

In a way, we must sympathize with those Sri Lankans on the street who have taken the bait fed to them by their political and religious leaders and are driven to violence by fear and a carefully nurtured sense of hatred. Even those people who cursed my parents for my actions must be doing so because they have been programmed to be afraid of anyone who dared question the leaders of their tribe.

These leaders who bait and whip them into a frenzy do not deserve our sympathy. Whether they sit in Parliament, call themselves clergymen, print newspapers or use our airwaves, they know what they are doing when stir up mobs against each other. Especially at a time when our marshals, generals and admirals are appealing to us to keep the peace, it is devastating to see politicians, religious leaders and media moguls trying to incite racial and religious hatred that could drive us into another war.

I have no doubt that my parents would be proud of me for standing on principle and fighting for a united Sri Lanka. As for those who are trying to set our country on fire, it is their children, and great grandchildren who will one day be forced to reckon with and disavow their dirty deeds. No lie can live forever, and someday the whole country will see through their self-serving duplicity.

Do not try to appease extremists or seek middle ground with them. They will make use of you and then move the goalposts further to the extreme. I have often criticized Prime Minister S.W.R.D. Bandaranaike for reneging on the Bandaranaike-Chelvanayakam pact and giving in to the extremists of his day. In the end, he did not go far enough to appease them, and paid for it with his life.

Even with his abdomen shredded by bullets and with every reason to give in to hatred and vengeance, he found the courage and humanity to try and unite his country. In the truest sense of Buddhism, he appealed for his murderer to be shown compassion. “I appeal to the people of my country to be restrained and patient at this time,” said the dying Prime Minister. Those closest to him, he implored “to be calm and to face the present situation with courage and fortitude.”

I am a devout Buddhist, not because I say so, but because I believe deeply in the tenets of Buddhism and the teachings of Lord Buddha. I believe that when our Constitution calls upon our country to “give to Buddhism the foremost place” and to “foster the Buddha Sasana”, this means defending the values Lord Buddha preached, such as compassion, tolerance and peace.

At the very outset of the Dhammapada, we are told that “hatred is never appeased by hatred. By non-hatred alone is hatred appeased.” This week, Muslim Ministers let by Rauf Hakeem and Kabir Hashim gave life to this teaching of Lord Buddha by bravely standing in solidarity with their colleague who became the target of hate. I applaud their bravery and stand in solidarity with them.

But I believe that as the guardians of Buddhism, all Sri Lankans, especially Buddhists, have an especial and sacred duty to stand up to those who seek to preach hatred, intolerance and violence in the name of Lord Buddha.