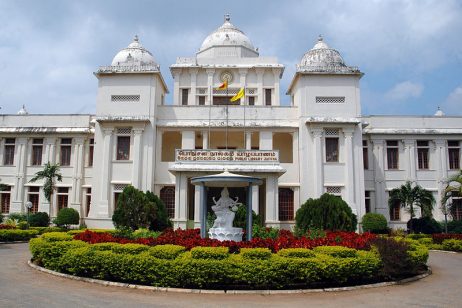 The events of 39 years ago set the stage for Sri Lanka’s civil war – and still echo today.

It was May 31, 1981 when early signs of the looming civil war broke out on the Jaffna peninsula of northern Sri Lanka. An organized Sinhala mob carried out an arson attack on the prestigious Jaffna Public Library, at its time one of the largest and best equipped ones in South Asia.  This mob, however, was not an ignorant, anonymous group of frustrated vigilantes. They were a larger group of  a hundred officers of the Sri Lankan police force, who were taken to Jaffna by two senior Sri Lankan cabinet ministers, namely Cyril Mathew and Gamini Dissanayake, to observe and disrupt a rally organized by the Tamil United Liberation Front (TULF). At its height, the TULF was the most important political party representing the Tamil minority in the Sri Lankan parliament in Colombo. However, the rally went out of control amid the confrontation, resulting in the deaths of three police officers. 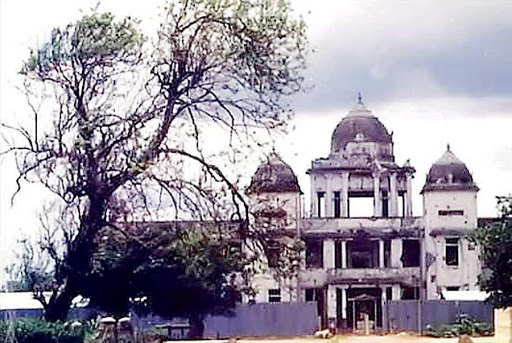 In the aftermath, the Jaffna Public Library was set ablaze and the burning continued unchecked for two nights. But it didn’t halt there: fire and violence spread to many homes and shops across Jaffna, including the TULF headquarters and the office of the Ealanadu newspaper. Tamil cultural and religious figures were defaced and destroyed. Prominent politicians from the TULF — like my father, Vannai Ananthan — went into hiding as the Sri Lankan police targeted political opponents against the background of this orchestrated violence.

Meanwhile, Matthews and Dissanayke watched the Jaffna Public Library burn from the veranda of the nearby Jaffna Rest House. Later on they claimed that the library burning was an “an unfortunate event, where [a] few policemen got drunk and went on a looting spree all on their own.” This narrative of lone looters and rioters became a constant justification in post-colonial Sri Lanka, echoed by Sinhala leaders and Sinhala media. Such language provided the ground for impunity.

In 1933 — the same year when the Nazis burnt 25,000 volumes of “un-German” books in the square at the State Opera, Berlin — the Jaffna Public Library began as the private collection of the scholar K.M. Chellapha, who started to lend books from his home. This modest beginning resulted in a local committee, with Chellapha as the secretary, setting up a formal library. At the beginning, the small library held 1,000 books, newspapers, and journals in one small room; however the collection grew over time, and was eventually moved to a building on main street and opened to subscribers. Prominent members of the Jaffna community started to raise funds to build a permanent and modern building. From that moment, a greater group of people assembled to help build up the oasis of knowledge and collect the memories of the Tamils: the prominent architect V.M. Narasimman designed the new building, while the prominent Indian librarian S.R. Ranganathan served as an adviser to ensure that the library was meeting international standards. Distinguished members of the Tamil community donated books. The main building was opened in 1959 by the then-mayor of Jaffna, Alfred Duraippah, who was later assassinated in 1975 by the militant Liberation Tigers of Tamil Eelam.

The Jaffna Library rose to prominence, as it was loved by international and domestic intellectuals, but most importantly it served as a cultural hub for the Tamil community. The library housed documents of invaluable worth, such as the only existing copy of the Yalpanam Vaipavama, a history of Jaffna written by Tamil poet Mayilvagana Pulavar in 1736. The library held miniature editions of the Hindu Ramayana epic, yellowing collections of extinct Tamil-language newspapers, microfilms of important documents, and records of the Morning Star, a journal published by Christian missionaries during the colonial rule of the island. Moreover, it housed close to 100,000 Tamil books and rare, old manuscripts and documents. Some of the precious documents were written on dried palm leaves and stored in fragrant sandalwood boxes. Documents in the library included historical scrolls on herbal medicine and the manuscripts of prominent intellectuals, writers, and dramatists – and they wound up in ashes.