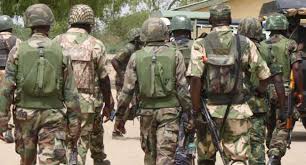 5th June 2020, Colombo, Sri Lanka: The Centre for Policy Alternatives (CPA) is deeply concerned with the appointment this week of two Presidential Task Forces by President Gotabaya Rajapaksa. These appointments came soon after the Supreme Court refused leave to proceed to all petitioners on the subject of the dissolution of Parliament for more than three months and the holding of free and fair elections. At presently, Parliament has been dissolved for longer than the constitutionally mandated three months. Thus, there is no legislative oversight over executive action. In such a context, the appointment of the two Task Forces demonstrates to troubling trends of authoritarian rule and militarization with serious implications to constitutional democracy and reconciliation in Sri Lanka. CPA flags here initial concerns with both these Task Forces with a longer comment to follow.

By Gazette No. 2178/18 the President appointed a Task Force to build a “virtuous, disciplined and lawful society” in Sri Lanka. It is to be headed by the Secretary to the Ministry of Defence and comprises the heads of the Armed Forces, Police and Intelligence Heads, Chief of Customs and the Additional Secretary of the Ministry of Defence. Notably, the Task Force is largely composed of present and former military and law and order officials.

The mandate of the Task Force is vague and overbroad, terms such as “anti-social activities” have no specific legal meaning which raises the concern as to how the Task Force intends to take legal action against such activities. It is unclear as to whether the Task Force is meant to only deal with the prevention of trafficking of narcotic drugs and psychotropic substances or whether it is meant to deal with a broad range of other issues. Added to the confusion is the question whether the Task Force is meant to formulate policy or if its role is to implement existing laws and policy. Moreover, regardless of its intended role, CPA finds it problematic that the Task Force is designed in a manner to operate as a parallel structure to existing entities, circumventing the role of the Cabinet of Ministers and purportedly capable of giving direct orders/ instructions to the Public Service. These issues, among several others, raise extremely serious implications that require urgent attention.

In yet another development, President has appointed by Gazette No. 2178/17 a Task Force for the Archaeological Heritage Management in the Eastern Province. The Task Force will deal with issues which have been the sources of conflict and contestation for decades. This Task Force comprises two Buddhist priests, a professor of archaeology, a professor from a faculty of medicine, the Director-General of archaeology, defence and law and order officials and a head of a media institution, is a pan –Sinhala Task Force, headed too by the Secretary to the Ministry of Defence. Considering its purported mandate, it is notable that the Task Force is composed only of religious clergy of one religion. At the outset this raises troubling questions as to whether the Task Force is intentionally undermining the multi-ethnic identity in the province with a possible attempt to define a mono ethnic dominant narrative. CPA has previously noted attempts at colonization and land appropriation schemes in the area aimed at changing demographics with implications on electoral representation, co-existence and reconciliation. Compounded by Sri Lanka’s past, the appointment of such a Task Forces raises questions of its need, intent and implications for the future.

These appointments come at a time when the executive has a free hand to “govern” without the customary checks and balances on the exercise of executive power and authority. This we firmly believe to be a basic and fundamental tenant of parliamentary democracy. Moreover, CPA’s concerns are fundamentally tied to the increasing practice of militarisation and securitization of government and governance in Sri Lanka, where key decisions and decision making are being consolidated in the hands of retired and/or serving security force and police personnel. The concerns with the Task Forces and of the possible exacerbation of grievances and tensions, which in turn will jeopardize the prospects for reconciliation and transitional justice, which surely are priorities for post-war Sri Lanka. We call upon the government and all political actors to consider the consequences of their actions from the perspective of the protection and promotion of liberal parliamentary democracy, in our island and to act accordingly.

( A statement issued by CPA: The Appointment of Two Presidential Task Forces)