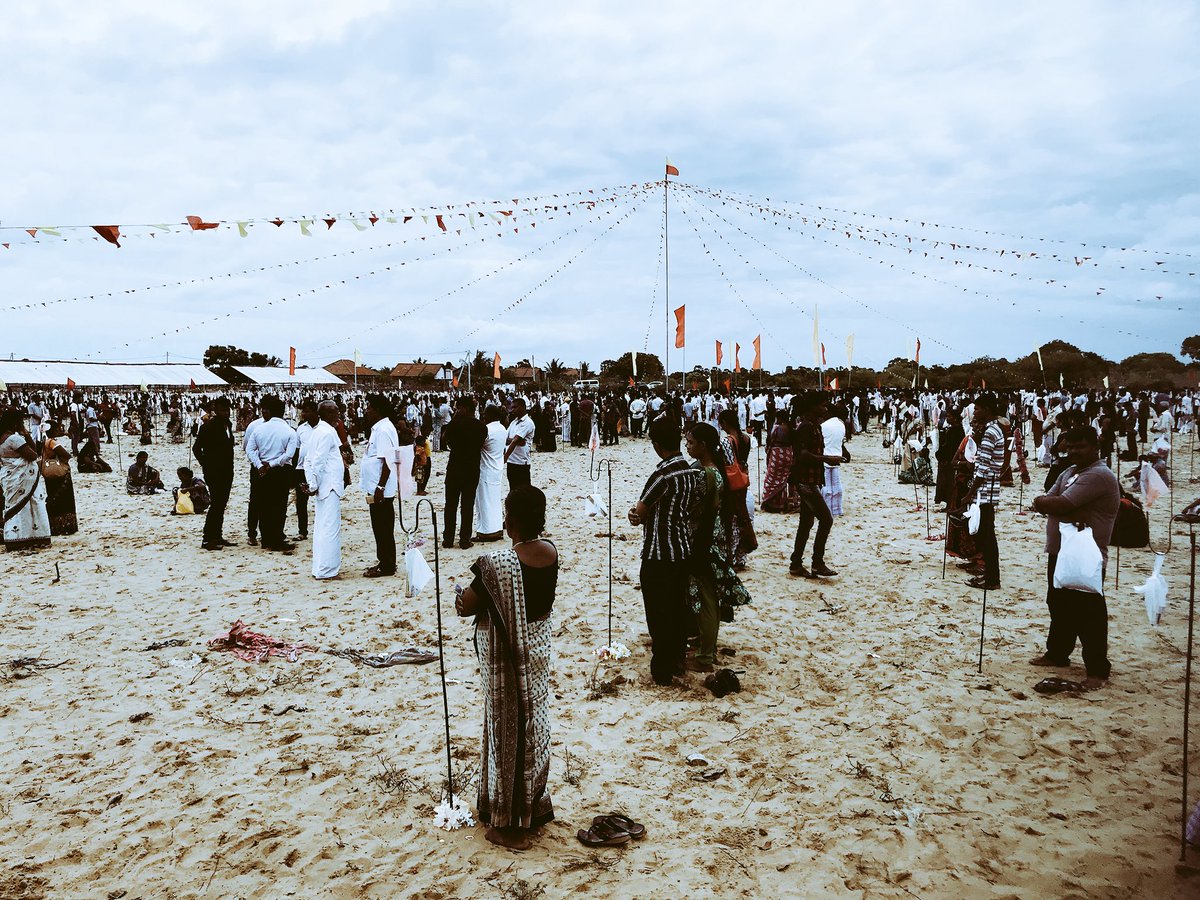 Nine years after: On ninth anniversary of the end of civil war in Sri Lanka – Editorial, The Hindu.MAY 19, 2018 .

Nine years is perhaps too short a time for deep wounds to heal, but it is enough time to begin to introspect. However, going by the polarised views around the anniversary of the end of Sri Lanka’s civil war, there are few signs of that. For the Tamils who gathered in Mullaitivu district in the Northern Province on Friday, it was a day to remember loved ones killed in those savage final days of the war that ended on May 18, 2009 — according to UN estimates, nearly 40,000 died. The southern Sinhalese political leadership, on the other hand, makes it a point to celebrate “war heroes” around the same time, hailing their efforts to bring peace. Even this year, national leaders, including President Maithripala Sirisena, saluted the soldiers for their sacrifice, while offering nothing but silence to the civilians who were caught in the conflict. The two disparate narratives of trauma and triumph can never meet, and in such a context, the chances for fruitfully negotiating this hard-won peace will remain slim. Time will only make it harder for the two communities to resolve the ethnic division that has outlived the war.

“Families of the several thousands who disappeared in the final stages of the war are still waiting for news from the government about their missing kin.” Sri Lankan Tamils at a protest in 2013 in Colombo.

The government led by President Sirisena and Prime Minister Ranil Wickremesinghe came to power in 2015 promising, among other things, a political solution to Sri Lanka’s national question. It initiated the drafting of a constitution that would potentially devolve more powers to all provinces, including the Tamil-majority north and east. Preoccupied with the persistent tension within the ruling coalition, the leadership has done little to take the exercise forward at a convincing pace, let alone complete it. Even the welcome initiatives of the government in the affected areas, such as the release of military occupied land or efforts to probe cases of enforced disappearance, will have only limited appeal or impact in the absence of a durable political solution. The international community has spared the government of pressure on the accountability front, hoping that it would proactively address other concerns that linger for the Tamil citizens. If initiatives on the political front have been so stalled, efforts to revive the economy do not offer much promise either. Almost every family in the north and east is neck-deep in debt and young people are desperate for employment. To say that time is running out is to state the obvious. Addressing the present challenges is one way of helping a wounded people cope with their troubled past. The memories that haunt them may never die. But some healing may be possible if they have a better future to look forward to. This government, which came to power with the overwhelming support of Tamils, must not let them down. It must not add to the list of missed opportunities.