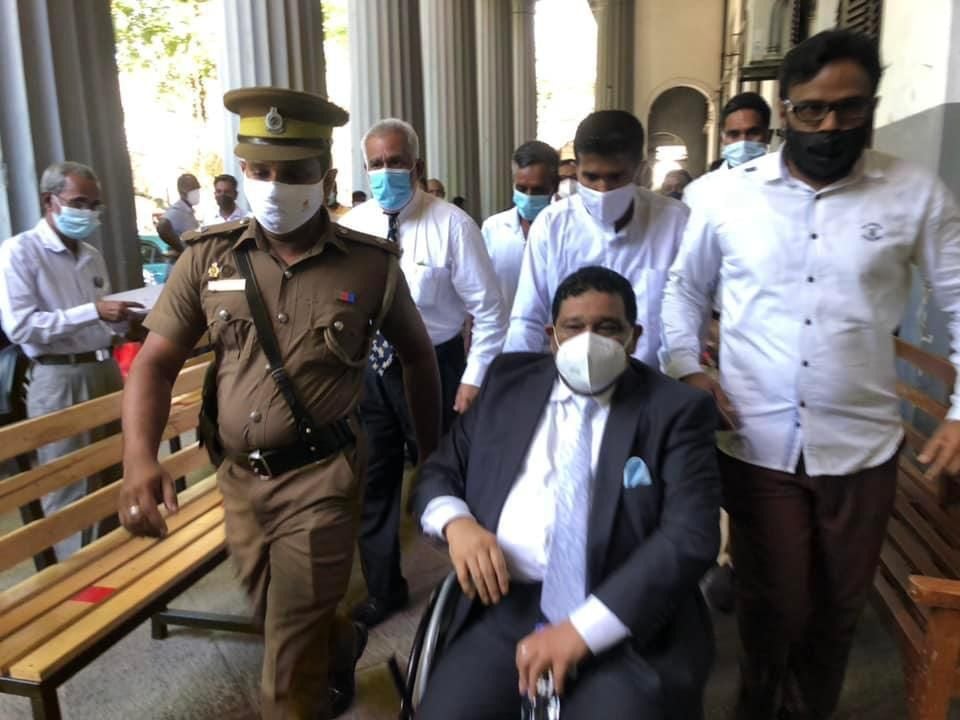 At a time when there is a discussion in the country with regard to the need to review the provisions of the Prevention of Terrorism Act (PTA), the circumstances surrounding the arrest, indictment and acquittal of former Western Province Governor Azath Salley provides an insight into the dangers prevalent in the PTA.

One of the features of the PTA that has been heavily criticised is the fact that by invoking the provisions of the PTA any suspect can be detained for a long time without being subject to judicial scrutiny.

The PTA lends itself to easy abuse by facilitating investigators, if they are so inclined, to invoke the provisions of the PTA to deprive suspects of applying for bail. Experience shows that this is often resorted to cover up for lethargic investigations as well as for political and other extraneous reasons.

Of recent the Police simply invoke the International Covenant on Civil and Political Rights (ICCPR) Act together with the PTA in the B report filed in Court thus ensuring that the suspect’s chances of obtaining bail are rendered almost impossible.

Thereafter the Police burdened by their other multifarious duties take their own time in pursuing the investigations.The approach in these cases seems to be “arrest now, investigate later.”

The deprivation of a suspect’s personal liberty in such circumstances not only impacts on him but also on his family and dependents that may be relying on him for material and emotional support.

There are countless such ‘forgotten’ people languishing in custody while the administration of justice moves, if at all, at its lethargic pace.

However there are many lesser known ordinary citizens who have been detained under the PTA and are languishing in custody for extensive periods of time. They remain mere statistics in files or B reports while investigations move at a snail’s pace thus condemning them to custody indefinitely.

Azath Salley was arrested on March 9, 2021 and subsequently indicted in the Colombo High Court for committing offences under the Prevention of Terrorism Act and International Covenant on Civil and Political Rights Act.

At the time the arrest was made, leading Government spokespeople said the decision to arrest was made because evidence had been discovered connecting Mr. Salley to the damages caused to Buddhist statues in Mawanella and implicating him in the Easter Sunday attacks. However when the Attorney General decided to indict him there were no charges framed against him for these two incidents.

Clearly upon examination of the investigation, the Attorney General had not found any evidence linked to these two attacks and therefore did not frame any charges in respect of these two incidents.

Thus the original basis on which Mr. Salley was arrested and kept in custody for eight months invoking the PTA and ICCPR was disproved.

However apart from Mr. Salley being deprived of his freedom on a false premise, the damage to his reputation was immeasurable and the media blitz carried out suggesting that he was involved in these two incidents is likely to remain etched in the minds of the undiscerning people.

This column of October 10, 2021 posed the question whether a travesty of justice was being played out against former Western Province Governor Azath Salley, citing the proceedings before the Colombo Chief Magistrate Buddhika C. Ragala. The Magistrate had delivered an order drawing attention to a strong discrepancy between the views expressed by Azath Salley during the media conference which was at the heart of the indictment against him and the content of the edited version published by the media. It was on the edited version that the indictment against Mr. Salley had been based.

The Chief Magistrate had observed that if the entire unedited version of the media conference had been published, it would have been clear that the suspect had expressed an idea of building peace among the people and to rise up as one nation.

This column pointed out that if the findings of the Chief Magistrate were upheld it would be an uphill task to establish the prosecution’s case against Azath Salley.

This column also urged that in view of the order by the Colombo Chief Magistrate it was incumbent on the Attorney General to review the indictment against Mr. Salley and take appropriate action.

Unfortunately the Attorney General did not do so but continued to lead evidence. At the conclusion of the prosecution’s case, upon an application made by President’s Counsel Maithri Gunaratne who appeared for the defence, High Court Judge Amal Ranaraja acquitted Mr. Salley without calling for his defence.

Grave injustice is being caused to so many as a result of the PTA and it is time that remedial measures are taken quickly. Until the Government takes a final decision with regard to the PTA, in the interest of justice a few interim measures may be taken.

Firstly, a moratorium on the use of the PTA should be imposed. Secondly, high ranking Police officials and the Attorney General’s Department should rigorously examine the facts of every case in which the provisions of the PTA and ICCPR are sought to be used and ensure that no injustice is caused to any citizens. ([email protected])