The 3 prisoners abducted by Rajapakse regime exposed.! Prison Commissioner General himself destroyed all the registers 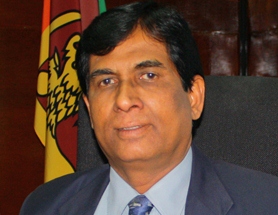 Lanka e news inside information service had been able to identify the three prisoners who were covered with cloths and taken out clandestinely from the Welikade prison and dispatched by the army ‘Buffel’ vehicle on the day of the prison clash . They are:

It has been confirmed by now that these are the three convicts who were covered in cloths from top to toe and abducted from the prison in the army ‘Buffel’ vehicles . These three convicts were serving death sentences on account of most heinous murder crimes committed by them.

The name registers of prisoners by which it could be confirmed who are the prisoners that were abducted including those three had been personally taken custody of by the prisons Commissioner P W Kodipilly , and had been destroyed by setting fire to them. There are persons who have seen clearly with their own eyes , this dastardly crooked Commissioner removing these name registers . This Prisons Commissioner who is a former Army officer is a lackey and henchman of defense secretary Gotabaya Rajapakse , who is a byword for lawlessness , murders and brutality in the country. The commissioner has destroyed these registers in order to wipe out any available evidence regarding the convicts who were abducted.

The following registers were destroyed by the Prisons Commissioner himself :

Believe it or not , these registers had been destroyed by burning by the Prisons Commissioner General himself after removing them. Owing to this destruction , it is impossible to inspect or conclude who are the prisoners that are there and not there. In this connection there is much agitation and discussion within the Association of the prison officers . But those CID officers who arrived at the prison have issued a grave warning and threat separately to them that they will have to face dire consequences if they expose the factual situation. They have been told that they including their families will have to pay a huge price if they reveal the facts.

From all these incidents and threats it is very evident that the murderous MaRa regime is plotting and planning after having abducted these prisoners to use them to commit murders on behalf of the regime. For further information in this regard , please read Lanka e news report captioned ‘Why were Welikade prisoners abducted during the clash ? 100 missing and Registers lost. …Vide photos herein’ posted on 22nd. December 2012.
By Special Correspondent
LEN