The 20th Amendment should not pass – Dr. Paikiasothy Saravanamuttu 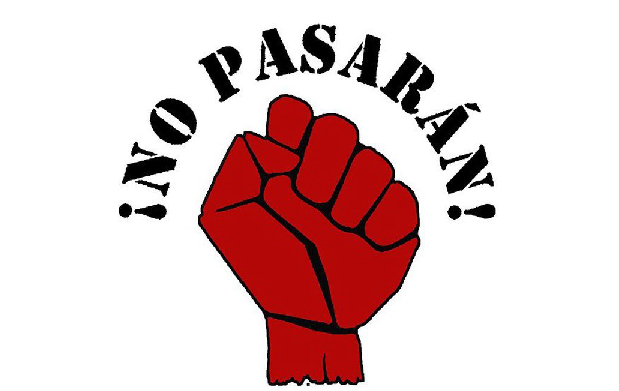 In November 1936, during the Battle for Madrid in the Spanish Civil War, Dolores Ibarruri or La Pasionaria as she came to be known, the impassionate Left orator and freedom fighter, issued the famous slogan ‘No Pasaran – They Will Not Pass’. Can similar sentiments be aroused about amendments to or repeal of a constitutional amendment aimed at strengthening parliamentary democracy through instituting checks and balances on the exercise of executive power and authority? After all, that no one arm of government should be so strong as to be able to lay down the law to the others, is a basic tenet of democratic governance.

Should the 19th Amendment to the 1978 Constitution be tampered with?

Basically the provisions of the amendment instituted checks and balances on the exercise of executive power and authority through reintroducing term limits on the presidency, declaring dual nationals ineligible for elected office, established the right to information as a fundamental right along with the Constitutional Council for major appointments to positions of the state and independent commissions for human rights, the police, public service and judiciary.

Most importantly it set limits on the power of the president to dissolve parliament, removed his/her legal immunity and required that he consult with the prime minister before acting in a number of instances as well as that the President’s Office and that of the Prime Minister be audited by the Office of the Auditor General.

Consultation with the Prime Minister and the removal of legal immunity ensures accountability as the President could be brought to Court and the Prime Minister was accountable to Parliament on a daily basis. What could possibly be the reticence for removing the President and Prime Minister’s office from the scrutiny of the Office of the Auditor General, particularly when the arguments about lack of accountability are trumpeted in respect of non-governmental organisations who are subject both to the NGO Secretariat – once again under the Ministry of Defence and for those so registered – the Registrar of Companies.

Quite clearly, the constituent elements of the Rajapaksa dynastic project of Sinhala Buddhist hegemony laced with militarisation, finds most of this objectionable. Term limits and the tenure of the presidency as well as the Right to Information are reportedly to be retained in the 20th. The Rajapaksas, acolytes and apparatchiks alike, favour a strong presidency akin to the one bequeathed to us by the Jayawardena regime in 1978 and one that is unfettered in its ability to contest the presidency and renew its mandate when it wants through the dissolution of parliament and as many times as it wants to. The ineligibility of dual nationals is seen as a political vendetta, pure and simple, aimed at keeping Basil Rajapaksa out of Parliament.

And as for independent commissions, as agents of the state as opposed to government, they are supposed to be beyond the reach of partisan interference through reward or punishment. With the massive majority of the Rajapaksa regime all of this would seem inconsequential – the majority enabling them to do whatever they wished. Perhaps, they want to assurance doubly sure and obtain constitutional validation for the consolidation of power. The arguments however advanced for repeal or abolition of the amendment are specious. All of the two-thirds majority that were able to, voted for the 19th amendment in the first instance, except for the State Minister for Provincial Councils who is devoted to the abolition of the 13th Amendment allowing for Provincial Councils in the first place. The argument that the requirement of the 19th Amendment of President and Prime Minister to cooperate and collaborate in government resulted in the Easter Sunday carnage is quite cock eyed in that a constitutional amendment cannot surely be held responsible for the inability and/or unwillingness of the two individuals to implement it as part of the constitution of the country, with the commitment and integrity it deserved.

The one clear and simple advantage of the Rajapaksa’s is that they know what they want as far as politics is concerned and everything is geared towards getting it – from men to money to media. It is largely narrow, personalised and platitudinous. And accordingly, lethal and toxic to democratic governance. Viyath Maga and Eliya are not cradles for progressive ideas and talent, but rather the barracks for those professing the politics of hurt, harm and hate along with the so-called smart boys and girls who are supposedly repulsed by the frustrating art of democratic politics. However, in relative terms, this is the effective strategic advantage the dynasty possesses that has eluded the opposition for decades.

The Yahapalana Government rubbished itself and the Rajapaksas presented themselves, in sharp distinction, as the epitome of strong and decisive leadership ever willing and able to defend the ever-besieged majority community. The clear political message about strong and decisive leadership has yet to emerge from the ranks of the opposition – the UNP is yet to agree on a leader and the holder of the one seat in parliament they managed to eke out of their electoral calamity; the SJB appears to be more ‘Rajapaksa Lite’ than a strong credible opposition to the current dispensation. Then there is the former Speaker Karu Jayasuriya and the former Minister of Finance and Foreign Affairs Mangala Samaraweera both of whom who have said, that if asked they would step forward to lead the UNP.

In the meantime, as he waits for the call, Samaraweera is expending time and effort on attempting to change people’s perception of politics with his True Patriot and Radical Centre movement. It is, in this respect, the only residual element of the UNP that believes in and wants to project a definite alternative to the SLPP, an alternative that celebrates the pluralism inherent in the peoples of this country.

Jayasuriya, building on his reputation during the constitutional coup of October 2018 and taking up the leadership of Venerable Sobitha’s Movement for Social Justice, believes in the importance of Parliament and wants to form a broad coalition of support across the country, including importantly members of the Sangha, to defeat the Amendment on these grounds.

The amendment, we are told, will be placed on the Order Paper on Tuesday 22 September. Political parties and civil society groups have vowed to fight it in the Courts – calling for a referendum in respect of its provisions. The message to the dynasty should be that the management of its majority will not be easy because there are enough of us who believe in parliamentary democracy and are willing to persuade the rest of us. Were we to fail, in the context of deepening economic crisis will come legislation to further crush dissent, especially through non-governmental organisations and the further gutting of the 13th Amendment and Provincial Council legislation.

The battle to defeat the 20th Amendment is not exclusively a legal and judicial one. It is fundamentally political; about preserving the liberal democratic traditions of independent Sri Lanka, protecting and advancing them rather than handing over the country in a fit of pique and perhaps some expectation too of a better future to majoritarian, populist authoritarianism. No Passeran should be the cry of everyone in respect of this – we cannot descend into majoritarian, populist, and authoritarian dynastic rule upon which the militarisation of our society will be set in stone for the foreseeable future and generations to come.