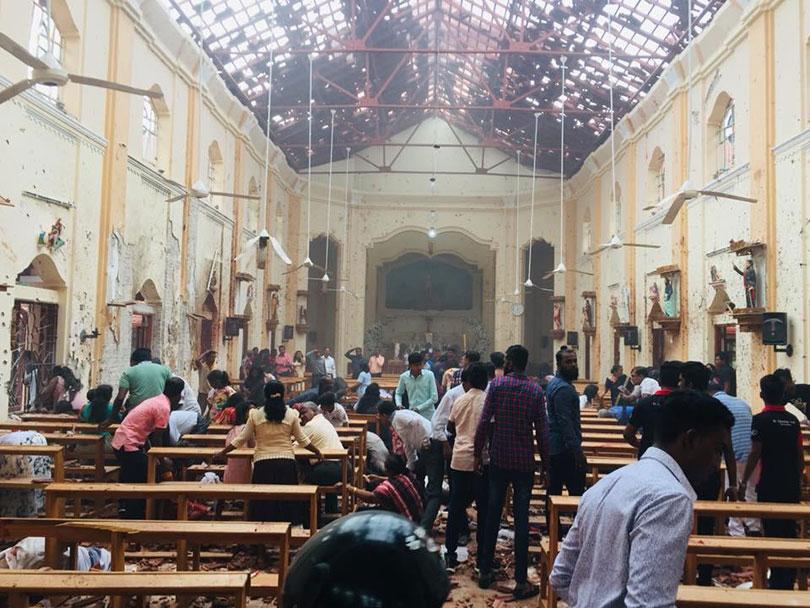 Explosions went off at churches in Colombo, Negambo and Baticaloa where devotees were celebrating Easter Mass. Explosions were also set off in Shangri La, Cinnamon Grand and Kingsbury hotels in Colombo.

Director General of Health Services Anik Jaasinghe said 139 perssons had died and over 400 were injured.

President Maithripala Sirisena called for calm and said authorities were investigating the explosions.

I strongly condemn the cowardly attacks on our people today. I call upon all Sri Lankans during this tragic time to remain united and strong. Please avoid propagating unverified reports and speculation. The government is taking immediate steps to contain this situation.

Horrible scenes. I saw many body parts strewn all over. Emergency crews are at all locations in full force. We, at 1990 also have close to 20 units at the various locations. We took multiple casualties to hospital. Hopefully saved many lives.

There was no information on who were behind the attacks, he said.

The incidents are the worst reported after a 30 year war ended in 2009.

With the inputs from Economy Next.