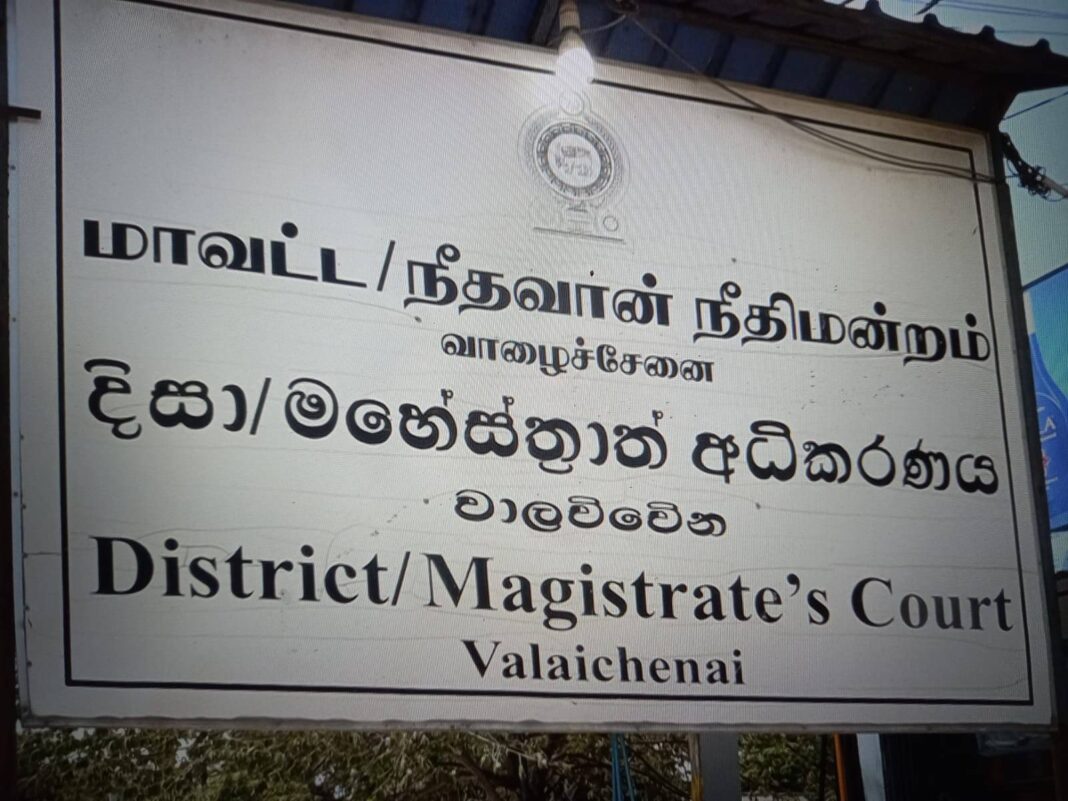 Valaichenai Magistrate Court has issued an order today extending the remand of 10 Tamil men and women who were arrested earlier this year under the notorious Prevention of Terrorism Act (PTA).

The case has been adjourned until December 9 as the group were not brought to court today.  The group was arrested on May 18, for holding a vigil to mark Tamil Genocide Day and commemorate the genocide of Tamils committed by Sri Lankan security forces at the end of the armed conflict in 2009

At the time of arrest, Sri Lankan Police Spokesman DIG Ajith Rohana, claimed the group was arrested for commemorating the Liberation Tigers of Tamil Eelam (LTTE).

Sri Lanka has failed to repeal the draconian legislation which has been linked to cases of enforced disappearances, sexual violence and torture. Despite domestic and international calls for the PTA to be repealed, the Rajapaksa regime have continued to use it to arrest Tamils and Muslims.

Earlier this year, the EU passed a resolution condemning Sri Lanka’s continued use of the PTA, highlighting that the legislation “contains deeply flawed provisions including enabling warrantless arrests and 18-month detentions with limited court oversight.”