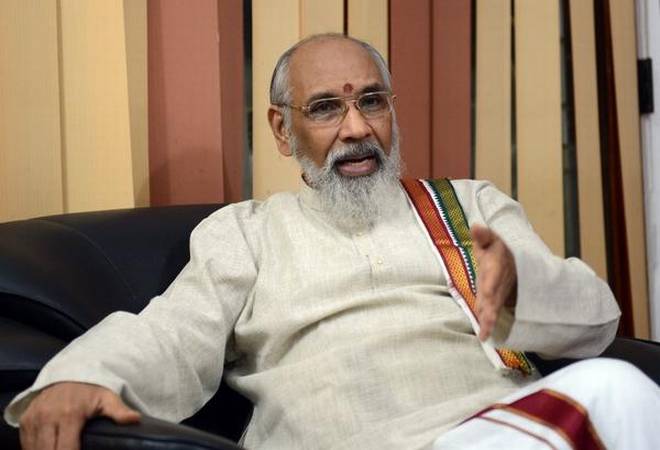 Sri Lanka’s Northern Province Chief Minister C.V. Wigneswaran has said the Tamil minority community’s demand for a federal solution to meet their political aspirations was not aimed at dividing the country.

“You [the South] think we [Tamils] are all terrorists. We do not want to divide this country. When we ask for federalism we are being accused of trying to divide the country,” Mr. Wigneswaran said.

He said the Tamils want their distinct identity recognised by the majority Sinhalese.

Mr. Wigneswaran made the remarks on September 9 in Kandy where he had gone to meet the Buddhist clergy to highlight the grievances faced by the Tamils. He met Mahanayake Thera of Malwatta Most Venerable Tibbotuwawe Sri Siddhartha Sumangala.

He said the Malwatta sect chief, one of two leading Buddhist sects, acknowledged the issues faced by the Tamils.

Mr. Wigneswaran is being seen as towing the hardline Tamil nationalism in contrast to his party, the Tamil National Alliance (TNA). The TNA shows a conciliatory attitude towards the current government.

Tamils favoured the incumbent Maithripala Sirisena in the presidential election held in 2015 against the then President Mahinda Rajapaksa, the favourite among the Sinhala Buddhists.

Despite supporting Mr. Sirisena in the election, the Tamils have begun to feel uncomfortable with the slowness in reconciliatory steps taken by him.

They claimed that only symbolic steps had been taken over the last two years to address Tamils’ grievances.