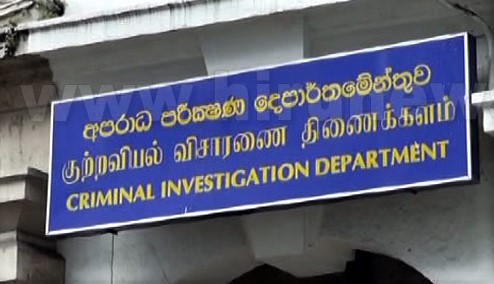 The local Swiss embassy official at the heart of the diplomatic debacle between Sri Lanka and Switzerland has arrived before the Criminal Investigations Department (CID) of the Police this evening, reports say.

According to sources, the employee—who was accompanied by two lawyers and two other embassy representatives—was at the CID for nearly five hours during which she provided a statement on the alleged incident that took place on November 25.

The female employee, who was allegedly abducted by five men in a white Toyota Corolla car and questioned was also reportedly assaulted. She has been directed to Judicial Medical Officer for examination.

Her statement comes just as a court imposed deadline ends. On December 3, Colombo Chief Magistrate Lanka Jayaratne imposed a temporary travel ban until December 9 on the alleged victim also directing her to make a statement to the CID before then.

The Sri Lankan government began investigations into the event despite the absense of a formal complaint by the alleged victim.