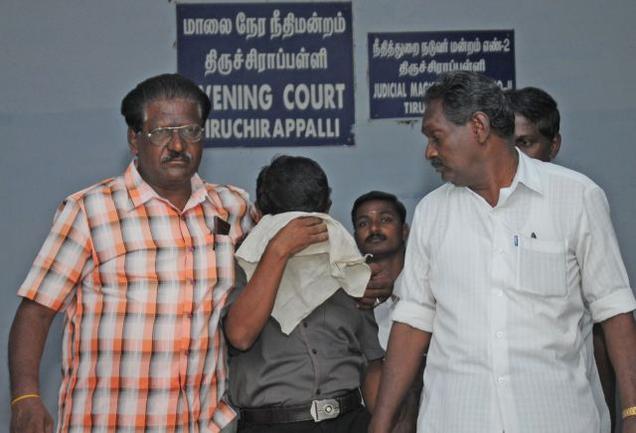 Chennai: A suspected spy, passing sensitive defence information to Pakistan’s intelligence agency through its High Commission in Colombo, was arrested in Tamil Nadu on Monday.

“Thameen Ansari, 33 of Tanjavur district is a frequent visitor to Sri Lanka on the pretext of exporting vegetabls there. He was handled by two Sri Lankans. He was asked to pass on pictures of Indian naval installations, nuclear submarine at Vizag and ports like Karaikal. After watching him for a long time, police apprehended him,” Inspector General of Police (Intelligence/Internal Security) Abhash Kumar told IANS.

Ansari was picked up in Trichy on Sunday night, and some CDs confiscated from him.

According to the officials of state police’s ‘Q’ Branch, Ansari was having pictures of military training academy at Wellington in Nilgiri district in the state, Karaikal port, some naval bases and some sketches at the time of arrest.

Police officials said Ansari was handled by the two Sri Lankans who referred to an official of Pakistani mission in Sri Lanka as the “boss”.

“Ansari used to email the sensitive information to his handlers. He travelled to Sri Lanka to negotiate the payment details for the data passed on, taking the pretext of shipping out vegetables to the island nation,” an official of Q branch told IANS.

Police have registered a first information report (FIR) against the two Sri Lankans and the Pakistani Embassy Official in Sri Lanka, a police official said..

Police will take the help of Interpol as the other accused are in a foreign country.

Ansari was charged under the Official Secrets Act and a local court Monday remanded him to custody till Oct 1.

Queried on the alleged involvement of a Indian ex-serviceman, police said it is too early to confirm his role.

(With additional information from IANS)
CNN-IBN