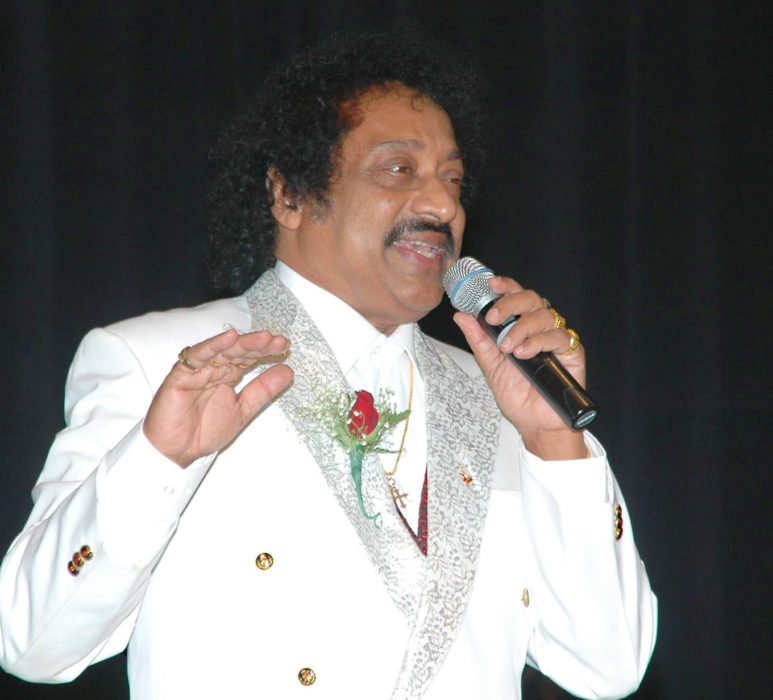 In an interview hosted by The Sri Lanka Reporter in March 2006 Somasiri Munasinghe highlights the contribution made by A.E. Manoharan in his 40-year-old career as singer, actor and broadcaster is unique and unparalleled in Sri Lanka. His devotion to arts has also been recognised in foreign countries. One such occasion was when University of Japan honoured him with an honorary doctorate.

Titles and honours matter little to this pop phenomenon. He tries to live the life as simple as he can make it simple, despite the superstar halo around him.

The most important of all his contributions was his ability to overcome Sri Lanka’s ethnic and language barriers. Manoharan, in an exclusive interview with Sri Lanka Reporter cited his father, school principal Emmanuel Pillai Manoharan, as his true inspiration in life. Now 61, Manoharan who spent most of his life in the fast lane as a celebrity, seems mellowed down a lot and now looks at life with philosophical curiosity.

He still retains the fire of his youth in his voice, a fine physique and stamina to outperform any singer even decades younger than him and an enduring passion for singing and acting. Unfortunately, Sri Lankan cinema has not benefited from his acting skills. He is a recognized actor in South India with a record of about 260 movies, acting along with such superstars like Rajni Kanth, Kamal Hassan, Chiranjeevi, Raj Kumar, Mamooty and late Prem Nasir and N.T. Rama Rao.

“My father was one those tough Jaffna school principals of that era obsessed with discipline and giving a good education to children. He also believed in peaceful co-existence with other ethnic and religious groups and set some unique examples. While he was working as the principal of Bogawantalawa Maha Vidyalaya in Bogawantalawa where I was born, he learnt Sinhala and Pali from Buddhist priests and taught them Tamil to return the favour,” adds the singer who was in Toronto to perform at a musical programme. From his very young days Manoharan displayed talent for singing. Singing at the church choir while his father played the organ and mother led the choir, was an early influence in his life.

Manoharan was partly inspired by veteran C.T. Fernando who studied at his school. “I liked to hear CT on radio and was proud to hear the voice of someone who was a few years senior to me in school and I decided that I want to be a singer like him one day,” said Manoharan. On his way to achieve this aim in life, he also found out that he possessed many talents other than singing.

In the 60s while he was studying at Jaffna St. John’s College he got his first acting break. He was cast in a college drama Idaya Ossai. Joe Dev Anand, who later became a well- known filmmaker in Sri Lanka, was in the audience. After seeing Manoharan’s budding acting skills Joe invited him to act in his movie, Pasa Nillar, a film critics rate as one of the best Tamil films produced in Sri Lanka. After that he played a lead role in another landmark Tamil movie, Vaddai Kaattru.

In the mid-60s Manoharan entered St Joseph’s University in Trichi, South India, to study literature and had few unsuccessful attempts at acting in Tamil movies.
Back home in the 70s he tried to build a musical career but the first few years had been utterly frustrating, mainly because he had no right connections. He was frequently traveling to Colombo looking for singing opportunities. Once someone promised him Rs, 15 to sing on stage but failed to pay him. When his father asked where was all the money he earned by singing went, he borrowed Rs. 15 from his mother and showed his father as the money he earned.

In 1971 he was thrilled to earn Rs.50 by singing at the St. Anthony’s church feast at Kotahena. “That was first big money I earned in my career,” Manoharan said with a chuckle.

At this time pressure was building from his parents to find a suitable girl to marry and they found one through a proposal but Manoharan did not like her as she did not seem to respect his mother.

This angered his father who vowed never look for brides or spend a cent on his marriage. Manoharan found a prospective bride within his family circle. She was his mother’s brother’s daughter, Lima.

All that he spent for his wedding was Rs.130 that he earned from a musical show. He bought a bale suit for Rs.30 and spent some money for a thali and got married on December 27, 1971 in the church. His father played the organ and mother led the choir. At the end of the mass he had to borrow some money from a friend to take his bride home by bus. Despite these initial hardships the marriage changed his life and he is blessed with four children.

In 1972 Manoharan found employment as a producer in the drama section of the Radio Ceylon and decided to live in Colombo. Soon he was in great demand for stage shows and his Tamil and Sinhala pop hits were much sought after. Manoharan describes1970s as the Golden Age of Sri Lankan music. “There was an explosion of local talent and the music industry, which was controlled by a few singers up to then, threw open its doors to embrace blooming young talent.” he said.

Manoharan was a contributor to this new awakening and also reaped benefits of this revolution.

Manoharan is thankful to Mr. Wikremasooriya who owned the Sooriya record label for his encouragement and decision to allow him to use the song Suranganie. Wickremasooriya owned the copyrights to this Wally Bastienz’ song.

With its catchy tune and Manoharan’s impromptu lyrics Suranganie became a favourite party song in Sri Lanka and South India and he had sung the song in many Indian languages like Tamil, Hindi, Telugu and Malayalam.

In 1990 Manoharan sang on stage in London in Sinhala, Tamil and English. His prolific voice and the mastery of three languages widely used in Sri Lanka attracted the attention of a BBC top brass who happened to be in the audience.

He met Manoharan at the end of the show and offered a job in the Tamil Service of the BBC. He served in this prestigious position until his father’s death in 1993.

Responding to the question what made him quit such a prestigious job thousands would die for, he said what he wanted was not money. “I wanted to act and sing and use the full potential of my God-given talents. And if I got little money to survive this way I would be the happiest person in the world!”

He credits his impeccable knowledge of Sinhala as one of the main supports in his career. When he went for audition to act in a Telugu movie he was asked to read dialogues. He had never learnt or spoken Telugu and he asked someone to read the dialogues to him. Manoharan wrote down the dialogues in Sinhala scripts and got the role after reading the dialogues like a veteran Telugu speaker. “Sinhala is a dictionary of sounds with ability to write down any imaginable sound under the sun,” he says adding that this versatility of the language has been a considerable help in his career. Does he have any future plans? “No,” quips Manoharan. “God has been kind enough to grant me what I deserve. I have always taken one day at a time and there will be no change in this attitude to my life.” Manoharan will be honoured by the Canadian Tamil Chamber of Commerce for his services to arts this week. He is thrilled with this recognition coming from his own country- men.

In 1998 he was the guest artist at the Miss Sri Lanka Canada/USA beauty pageant. He is a close friend of Srimal Abeyewardene Editor, Sri Lanka Reporter. They first met in Colombo in 1963.

Later in 2007, AE Manoharan would beat a snow storm in Toronto to preform at the Miss Sri Lanka Canada/USA beauty Pageant. His flight arrived on the night he was performing, delayed he still managed to arrive at the hall to perform on time and flew back to Chennai the next day.