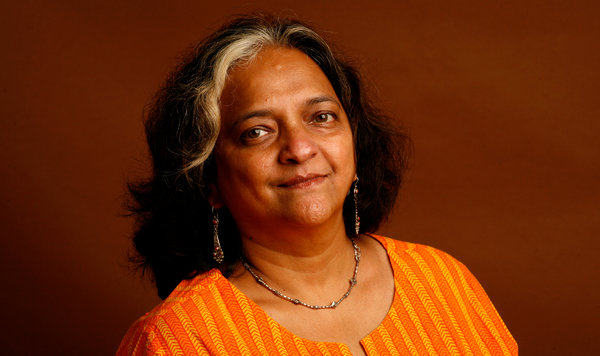 Sunila Abeysekera, a prominent human rights advocate who sought to bring the world’s attention to myriad acts of violence in her country, Sri Lanka, despite threats against her own life, died of cancer on Monday in Colombo, the Sri Lankan capital. She was 61.
Her death was announced by Human Rights Watch. Until recently she had lived in the Netherlands because of the latest round of threats against her.
Ms. Abeysekera, a single mother and a lesbian, was also a champion of women’s rights throughout South Asia, working for reproductive rights and economic parity and to end violence against women.
A member of Sri Lanka’s Sinhalese majority, she refused to take sides in the country’s long, brutal civil war, and repeatedly demanded that both sides be held accountable for their actions.
The conflict, between the Sinhalese (who are mainly Buddhists) and Tamil separatists (who are mainly Hindu), began three decades ago; since then, according to a United Nations estimate, between 80,000 and 100,000 people have been killed.
The war nominally ended in 2009, when the Sri Lankan Army put down the rebels, the Liberation Tigers of Tamil Eelam. But abuses by both sides, including intimidation, abduction, torture and murder, are reported to be continuing.
Ms. Abeysekera was the longtime executive director of the Inform Human Rights Documentation Center, an organization she helped establish in Colombo more than 20 years ago. The group monitors abuses by both the government and the Tamil Tigers, as the rebel group is colloquially known.
In interviews and in lectures around the world, Ms. Abeysekera, a forthright speaker, sought to make the violence by both factions known far beyond the region.
“There is also an element of racism and neocolonialism involved in the West’s lack of interest in the Sri Lankan situation,” she told The Unesco Courier, a United Nations publication, in 1999. “If one white person had been abducted or killed in Sri Lanka, then the Western countries would have reacted differently.”
Ms. Abeysekera was forced to leave for the Netherlands after the state-controlled news media labeled her a traitor for her support of a 2012 resolution by the United Nations Human Rights Council calling for “reconciliation and accountability” in Sri Lanka. She had previously taken refuge in the Netherlands in the late 1980s, amid death threats at home.
Sunila Abeysekera was born in Sri Lanka on Sept. 4, 1952, to a politically progressive family. After receiving her education in Colombo, she began her professional life there as an actress, singer and dancer onstage and in films; she later worked as a drama critic.
Ms. Abeysekera became politically active in the mid-1970s as a member of Civil Rights Movement, a multiethnic coalition in Sri Lanka.
The many organizations with which she was associated over the years include the Women and Media Collective in Colombo, which she founded in 1984 to promote feminism throughout South Asia; the Women Human Rights Defenders International Coalition, which she helped organize; and the Movement for Interracial Justice and Equality in Sri Lanka, of which she was a past president.
She was also known for her advocacy on behalf of sex workers, gay men, lesbians and transgender people, as well as people with H.I.V. and AIDS.
Ms. Abeysekera received a master’s degree from the program on women and development at the International Institute of Social Studies in The Hague in 1994. She returned to the institute last year as the recipient of a Scholars at Risk fellowship; the fellowship provides residency at a consortium of institutions around the world to scholars forced to flee their home countries.
Her many honors include a 1998 United Nations Prize in the Field of Human Rights and a 2007 Human Rights Defender Award, presented by Human Rights Watch.
Ms. Abeysekera’s survivors include her mother, Turin; two brothers, Prasanna and Ranil; a son, Sanjaya Senanayake; and a daughter, Subha Wijesiriwardena.
When asked how she bore up under the constant threats her work engendered, Ms. Abeysekera replied that she took a certain solace in the fact that they came from all directions.
“When everyone is criticizing you,” she said in the interview with The Unesco Courier, “then you are doing the right thing.”