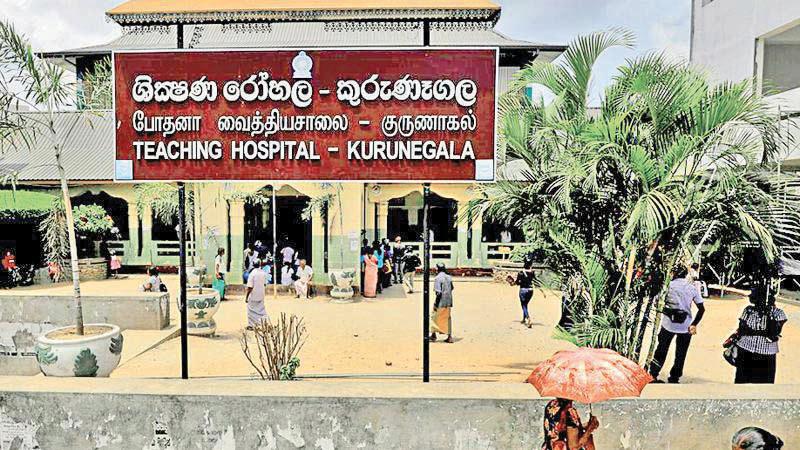 The twists and turns in the ‘Dr Shafi Saga’ are never-ending and every new and sinister development points to a racially-charged political conspiracy.

In the beginning, there was a Deputy Inspector General (DIG) of Police. Then the Director of the Teaching Hospital. Last week, two complaints were filed with the Judicial Service Commission (JSC) against a Magistrate. A third is expected to be filed tomorrow. Most recently, in an act of broad overreach, the National Police Commission attempted to have the case transferred out of the Criminal Investigations Department.

The twists and turns in the ‘Dr Shafi Saga’ are never-ending and every new and sinister development points to a racially-charged political conspiracy, lawyers and sources close to the investigation told Sunday Observer.

For nearly two months, Kurunegala has been epicentre of a public health scare that has gripped the nation. Swift and in depth investigations by the Criminal Investigations Department into the alleged claim that Dr Seigu Shihabdeen Mohamed Shafi had illegally sterilised thousands of Sinhalese women during caesarean sections at the Kurunegala Teaching Hospital have revealed that the scandal was carefully orchestrated by several individuals wielding significant power in the mixed ethnicity town in the wake of the Easter Sunday bombings.

On repeated occasions since June 26, the CID has told the Kurunegala Magistrate’s Court that there was no evidence against Dr Shafi that warranted his continued detention. He has not been named as a suspect by the CID even though the Department is continuing the probe.

Initially arrested under the Prevention of Terrorism Act on suspicion of being a National Thow’heed Jamath supporter, the detention order against Dr Shafi was cancelled by the Secretary of Defence earlier this month. Despite mounting evidence of a cooked up controversy to frame the Muslim doctor, the Magistrate placed him in remand custody until July 25.

The complaint by the YJA cites several problems with the ongoing inquiry at the Kurunegala Magistrate’s Court. The complaint noted that in its July 11 B Report, the CID had informed Court that nine out of 10 complaints against Dr Shafi had allegedly been forged by the Kurunegala Police.

Furthermore, the YJA complaint notes that following a statement made by Hospital Director Dr Weerabandara that the HSG test that had to be conducted on 147 women who had complained of subfertility could cause death, cancer or other complications, the Magistrate had cancelled the order mandating the medical tests. However, using statistics and data from nine Government and Private Hospitals, the CID disproved Dr Weerabandara’s claims. According to the CID B report of July 11, which cites data gathered from the Ragama, Kalubowila, Peradeniya, Durdens and Asiri Central and Durdens hospitals, out of 10,000 women who had been subject to HSG testing since 2014, only four had reported breathing difficulties and there were no deaths reported.

In its July 11 B report, the CID said that when they had tried to obtain certified court copies of Dr Weerabandara’s full statement in court on June 27, they had been informed that the statement had been expunged on the orders of the Magistrate.

In their complaint to the JSC, the YJA said that permitting Dr. Weerabandara who was not a party to the case to make submissions and the subsequent expunging of his statements from the court record had raised issues of the Magistrate’s credibility.

Late last week, for the first time, the conspiracy appeared to extend beyond the boundaries of the Kurunegala District.

On Friday (19), the Acting Police Chief was forced to rebuff recommendations from the National Police Commission that the illegal sterilisation case be transferred out of the CID, and to the Special Investigations Unit or an independent investigating team.

The recommendation from the NPC was based on a complaint the Commission had received, claiming that the CID was not conducting a proper investigation into the controversy.

In a letter dated July 19, acting IGP C.D. Wickremaratne told the Police Commission that the CID had taken over the inquiry into Dr Shafi’s case under Section 125 of the Code of Criminal Procedure. The acting police chief in his reply to the NPC, said that an official of the Attorney General’s Department had also been nominated to represent the CID in the case. The attempt to transfer the case at this point to the SIU or any other investigating team would lead to a host of “legal and administrative problems” the Acting IGP noted.

A mysterious B report filed in the Kurunegala Magistrate’s Court on May 22, three days prior to Dr Shafi’s arrest, points to “intelligence information” about a Muslim doctor connected to NTJ performing illegal sterilisations on women during C-sections at the Kurunegala Hospital. The B report was filed by Kurunegala Police Station OIC Pushpalal. The May 22 B report also stated that the same doctor had purchased property in Kurunegala city limits using funding from non-government organizations. According to Pushpalal’s B report, the matter was referred to the Kurunegala Police by the DIG of Kurunegala Kithsiri Jayalath, under the reference number DIG/KU/RIU/134/19 on May 12 and based on “intelligence” reports.

Sunday Observer has obtained copies of the May 22 B report, which is filed on A4 paper, without the prescribed form that is usually the cover of a B report filed in court.

Bizarrely, in their statements to the CID, DIG Kithsiri Jayalath, IP Pushpalal and even Kurunegala SP Mahinda Dissanayake who the CID has accused of forging complaints in its 210 initial B report to Court, that inquiries into the allegations that Dr Shafi had performed illegal sterilisation had only commenced after the May 23 lead story was published in Divaina.

In fact when questions were raised with the Police Spokesman and in Parliament, with the Speaker checking with the acting IGP, there was no record of complaints having been made about the alleged sterilisation controversy on May 23. Yet for all intents and purposes, the May 22 B report, with its claim that an ISIS linked doctor was sterilising Sinhalese women, does exist as part of the case file. Sources close to the investigation who spoke to the Sunday Observer said they were beginning to wonder if the IGP and the Police Spokesman, when they did their checking following the Divaina article, had somehow missed the May 22 B report filed in the Kurunegala Magistrate’s Court.

Meanwhile the Director General of Health Services Dr Anil Jaasinghe dropped another bombshell last week, when he said that none of the complainants against Dr Shafi had come forward for testing at the designated Government hospitals. Speaking to Sunday Observer, Dr. Anil Jasinghe said though necessary arrangements were made at Castle Street Hospital for Women and the De Soysa Maternity Hospital to conduct scientific investigations on mothers who have accused Dr. Shafi of illegally sterilizing them as requested by the Kurunegala Magistrate Court, not a single woman had come forward for testing so far. However, Dr Jaasinghe said that the hospitals will continue to offer the tests freely until the courts decide otherwise.

Dr. Jasinghe said he had appointed a separate panel to conduct an epidemiological analysis into the caesarean surgeries conducted by different doctors at the KTH during the past five years.

“This is going to be a comprehensive study and will be time consuming. There were about 30,000 caesareans done at the hospital during the past five years. We want to look at most of them,” he said.

The aim of the study is to see if there is a significant difference in the outcome of Dr. Shafi’s procedure compared to other doctors who conducted the same surgeries in the same environment. Dr. Jasinghe could not say when the study could be completed.

“It will take several months,” he said.

All the while, now going on his 60th day, Dr Shafi remains incarcerated.