Statement by the Alumni of the Department of Law, University of Peradeniya against the assault on the undergraduates of the Dept. of Law, 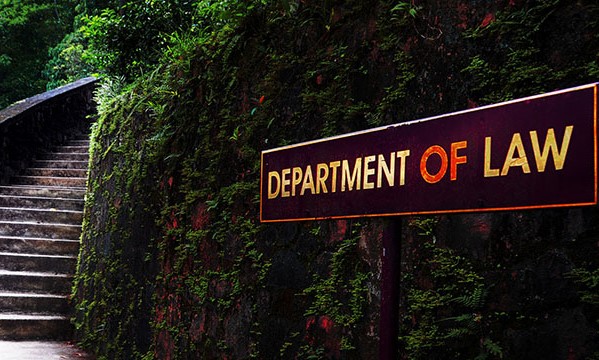 We, the Alumni of the Department of Law (the Alumni), vehemently condemn and are deeply concerned by the recent acts of physical and verbal assault/violence committed against the undergraduate students of the Department of Law, University of Peradeniya.
It has come to our attention that twelve (12) students were directly assaulted at the ‘Gemba’ canteen premises at the Faculty of Arts, University of Peradeniya on the 14 th of September 2022, at or around 3.00 p.m. The victims of the said heinous assault had been dining at the canteen when a violent mob of students of the Faculty of Arts had assaulted them verbally and physically. Four students who retained physical injuries consequent to the assault had been hospitalized.

Ragging or any other form of violence in the University is strictly prohibited by the Prohibition of Ragging and Other Forms of Violence in Educational Institutions Act No.20 of 1998. According to Section 2(1) the said Act, any person who commits or participates in ragging, within and/or outside, an educational institution shall be guilty of an offence and shall be liable to rigorous imprisonment for a term not exceeding two years. Further, it is a non-bailable offence under the said Act, and a gross violation of the Fundamental Rights enshrined under the 1978 Constitution of Sri Lanka.

The Department of Law, in furtherance of its vision of providing legal education to produce sensitive and empathetic human beings and responsible citizens, has actively implemented a strict no-ragging policy, in accordance with the law of the land, since the days of its inception and has been vocal against any form of ragging inside the University or otherwise. Thus, the Alumni strongly believe that the recent assault against the undergraduate students of the Department of Law was a targeted and premeditated
attack committed by certain undergraduates of the Faculty of Arts who support and perpetrate ragging in the University of Peradeniya, in retaliation for the Department of Law’s unwavering no-ragging policy.

While appreciating the continued and diligent efforts undertaken by the academic and non-academic staff of the Department of Law and the Faculty of Arts to create a violence-free/no-ragging environment, the Alumni makes this an opportunity to note that the administration of the University of Peradeniya is accountable for the safety and well-being of the undergraduates who are presently studying at the Department of Law, University of Peradeniya.

The Alumni also note with regret that during a crucial era where graduates and undergraduates of State Universities rally together to be the forerunners in effectuating systemic change in the socio-political trajectory of the country, it is deeply disappointing to see some undergraduates resorting to brutality and violence, charaded in the name of “equality”, and violate the very law of the country that they accuse politicians of violating.

As such, the Alumni are of the view that due legal action should be taken, particularly under the provisions of the Prohibition of Ragging and Other Forms of Violence in Educational Institutions Act No.20 of 1998, against the perpetrators to ensure that illegal acts of this heinous nature will neither take place nor be associated with the University, in the future. To that end, the Alumni extend its full support and services to the Department of Law and the Faculty of Arts, if deemed required, in order to uphold the rule of law in the country.