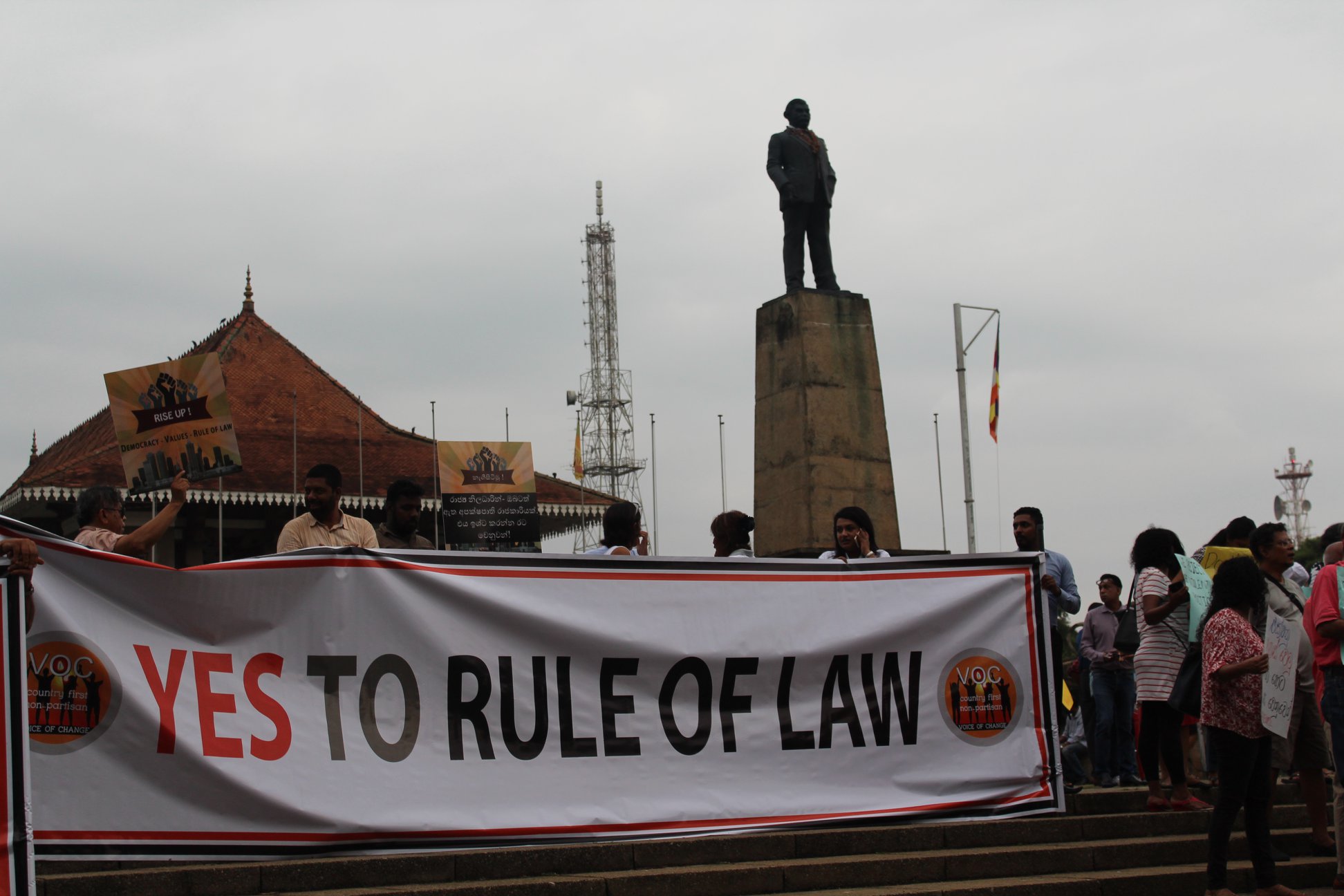 In his inaugural speech the newly elected President Gotabaya Rajapaksa gave an assurance that he will be the president of all, including all ethnicities and religions and those who did not vote for him.  This assurance is especially important as the recently concluded presidential election was divisive and along communal lines.  The National Peace Council compliments the new president on his positive sentiments and wishes him all success in making them come true.  In particular, we will cooperate with his policies to promote peaceful coexistence and reconciliation as in the past.

Even as we congratulate the new president on obtaining 52.5 percent of the vote in a field of 35 candidates, we note that 47.5 percent of the electorate voted for other candidates.  Most of them were the ethnic and religious minorities.  Therefore, respecting the plural nature of Sri Lankan society will need to be an essential feature of governance in the immediate future in which there will be equal rights, equal opportunity and equal protection to all citizens which aligns with the concept of a meritocracy also espoused by the president.

NPC appreciates the new president’s directive not to put up his portrait in public offices but only the state symbol.  In drawing this distinction between the state and the government, we see President Rajapaksa as following the spirit of the advice given by the Lessons Learnt and Reconciliation Commission appointed by former President Mahinda Rajapaksa in 2011, which addressed the issues of the three decade long civil war, and stated that the rule of law ought to prevail over the rule of men.

We note that there is currently a spate of hate speech against the ethnic and religious minorities who are seen by as having to failed to vote for the new president and therefore as not patriotic.  President Rajapaksa needs to call for an end to this as one of his first steps in reassuring the ethnic and religious minorities and in reuniting the divided polity.  There needs to be an assurance that all people of all communities will enjoy equal protection before the law.