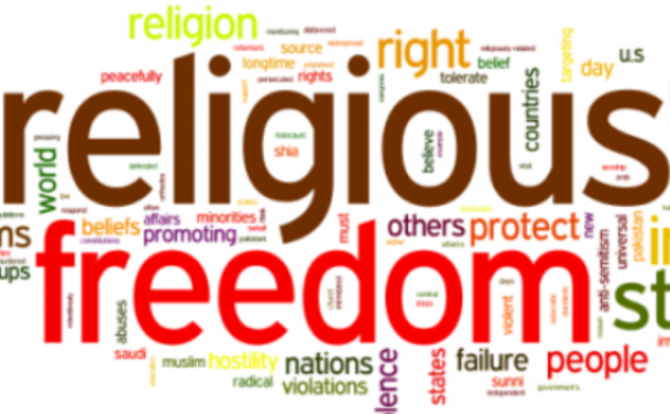 The attack by stone-wielding and fire-cracker throwing ruffians, reportedly led by a provincial politician of the newly minted Rajapaksa-led Sri Lanka Podujana Party (SLPP), holding the President of the Methodist Church of Sri Lanka and twelve terrified worshippers hostage in a prayer centre in Anuradhapura on Palm Sunday is no isolated, mundane incident, as much as we may like to believe it to be so.

Motives behind the attack

An assault of this nature would have been contemptible at any point. But the fact that it took place on Palm Sunday is peculiarly significant. This is a contemplatively holy week for Christians combining sombre introspection on the crucifixion of Jesus Christ on Good Friday with the triumphal rejoicing of Easter Sunday. Coincidentally it was also a week heralding the Sinhala and Tamil New Year, a time of celebration for all Sri Lankans. By launching an attack during this week, it was an unmistakable signal that impunity prevails.

On all accounts, the motives behind this attack were not religious but rather, commercial and most likely linked to a corrupt provincial councillor who had maintained that the land on which the prayer centre had been built, was required for ‘development activities.’ Typically the ruffians showed not only contempt for Christian rituals but also supreme disregard of Sinhalese Buddhist customs. The attack was during the ‘punya kalaya’ or the period strictly marked for religious activities prior to the dawning of the New Year.

Quite clearly, the attackers knew in advance that the law would not be worked against them. And equally clearly, the goons were so emboldened as to issue death threats to an established Church with long-rooted historical and social ties in Sri Lanka. What gave them this courage? Who promised them protection from these acts? Objectively assessed, the attack was completely out of proportion to the activities in issue. What if the head of the Methodist Church and his worshippers had been stoned directly or indeed, if the centre had been set fire to?

Grave failings of the police

The Palm Sunday attack had been preceded by threats and abuse leveled against the victims, most forcefully two weeks before. Were the police deaf and blind to all of this? The Church is on record in saying that complaints are not even written down in police stations. Even in the most violent assault on Palm Sunday itself, the police took an interminably long time to respond and when they freed the trapped worshippers after frantic appeals, the attackers were still in the vicinity. Yet they were not even questioned. Moreover, in a move that would be ludicrous if it was not so gravely troubling, the alleged perpetrators had been left untouched but the victims were warned by the police to refrain from encouraginge others to come to the prayer centre.

The fact that the Church had to seek the intervention of the Prime Minister speaks to a state of law enforcement that is as thoroughly pitiable as it is politicised. Indeed, if its head had not been caught up in the incident, probably this too would have been brushed away in the same manner as other similar attacks in the past. And what is the point of having an Inspector General of Police (IGP) if a political command has to be given for him to act?

In fact, why is the incumbent continuing in his post despite numerous derelictions of duty? An appointment made by the much touted Constitutional Council nonetheless, this only vividly illustrates the gross inability of that mechanism to ensure that those who command respect and act independently are appointed to high posts. The Removal of Officers (Procedure) Act No 5 of 2002) specifies a particular parliamentary procedure that must be followed. Section 3 includes, among the grounds for removal, gross neglect of duty and gross partiality in office which has been in issue in respect of the incumbent’s conduct at least half a dozen times in the past. But enacted law is not used or is used selectively.

Discrimination in use of the law

Section 3 (1) of Sri Lanka’s International Covenant on Civil and Political Rights (ICCPR) Act was utilised recently by the police to arrest a novelist who had critically written on practices of sexual abuse in Buddhist temples. This provision bans the propagation of war or advocating national, racial or religious hatred that constitutes incitement to discrimination, hostility or violence. In interpreting that provision in the parent Covenant, the United Nations Human Rights Committee has taken considerable pains to ensure that the legitimate exercise of freedom of expression or the right to criticise is not violated.

In a most profound irony however, the police employed this Act, modeled on an international Covenant which is a pillar of the international human rights regime, quite to the contrary purpose for which it was intended. Quite apart from the procedural errors in the way that the novelist was arrested, the question remains as to how a short story can incite ‘discrimination, hostility or violence’? In that case, Sri Lankan literary genius Martin Wickremesinghe’s far more controversial ‘Bhava Tharanaya’ may also be deemed as capable of exciting a prosecution under that provision, as laughable as that may seem.

But there is absolutely no doubt that stoning a prayer centre would fall within the classical definition of the terms ‘incitement to violence’ in the ICCPR Act. Nonetheless, the police move with lightning speed in one case but not the other. Even the ordinary provisions of the Penal Code were disregarded. This attack did not take place under Rajapakasa rule. Yet, the attackers behaved as if it was. And therein hangs a particularly tawdry tale.

In truth, this country and its people are caught between two evils; ‘yahapalanaya’ lethargy and SLPP communalism. The SLPP, (its ‘pohottuwa’ or lotus bud symbol becoming more and more a cruel misnomer), needs to conduct an internal inquiry into the Bishop’s accusation that a named provincial councillor had commanded the attack. Its de jure Chairman, a former Professor of Law, may be advised to look into his own copious writings on what the Rule of Law means.

That said, the responsibility of the Government stands above all. There will be thugs, ruffians and villains in any society. But when the police discriminate, that is where the Rule of Law falters. Responsible senior police officers must be put on inquiry for their inaction. Though some persons were arrested in regard to earlier attacks on the Methodist prayer centre, the named provincial councillor and his goons are not among them. The Prime Ministerial order to provide protection for Good Friday and Easter Sunday is a sop thrown to the agitated. Pray is the Government prepared to give security on each and every day for this or for any other place of religious worship that comes under attack?

Immediate identification of the culprits and prosecution in courts is imperative. Absent stern deterrents against such lawlessness, this unfortunate country will surely catapult from crippling decades of racial riots to a roaring religious conflagaration that will send it back (metaphorically) to the stone age.