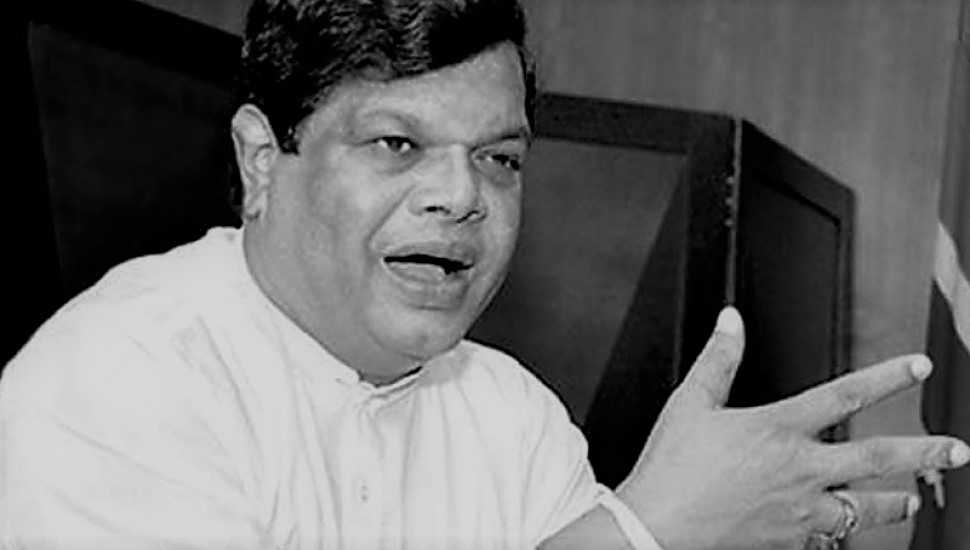 The Commission to Investigate Allegations of Bribery or Corruption (CIABOC) inquiring into massive revenue losses suffered in 2020/2021 owing to an alleged sugar tax scam has summoned the then Trade Minister Bandula Gunawardena for questioning.

The CIABOC intends to question incumbent Media and transport minister Gunawardena on Monday (19).

State Finance Minister Ranjith Siyambalapitiya on 09 Nov., informed Parliament that the Treasury had suffered losses amounting to Rs 16 bn due to the unprecedented reduction of duty on a kilo of white sugar from Rs 50 to 25 cents with effect from Oct 13, 2020. The SLFPer said that the Treasury could recover only 30 percent of Rs 16 bn loss.

Lawmaker Siyambalapitiya assured parliament that the government would ensure such unilateral decisions couldn’t be taken in the future.Authoritative sources told The Island that the then Presidential Secretary Dr. P.B. Jayasundera had been questioned in this regard. The one-time Secretary to the Treasury has told investigators the President cleared the reduction of duty on sugar.

Then Prime Minister Mahinda Rajapaksa served as the finance minister atthetime whereas Ajith Nivard Cabraal heldthestate finance portfolio. S. R. Attygalle served as the Secretary to the Treasury.The SLPP government increased theduty to Rs 50 in May 2020, a couple of months before the general election.

CIABOC would seek clarification from Minister Gunawardena as regards his disclosure in parliament on Dec 09 that those who spoke on behalf of sugar racketeers had the ear of the then President Gotabaya Rajapaksa.

Minister Gunawardena said that in spite of him being the trade minister, he was not consulted at all and his strong opposition was disregarded by President Rajapaksa. Responding to SLFP General Secretary Dayasiri Jayasekera, MP, lawmaker Gunawardena claimed that inimical decisions were taken by ‘advisors’ at the expense of ministers who lacked authority.

The Islandlearns that the CIABOC isalsocontemplating toobtaina statement from former President Gotabaya Rajapaksa in this regard. Sources said that a clarification was required as some of those who had been questioned over the issuance of the relevant gazette by the Finance Ministry claimed they received instructions from the President.

Former Chairman of the Public Finance Commission Anura Priyadarshana Yapa is on record as having said that the reduction of duty on sugar didn’t benefit the consumers at all. Incumbent cabinet ministers Vidura Wickremanayake and Nalin Fernando before they received ministerial portfolios this year in their capacity as members of the Public Finance Commission have criticized the sugar tax scam.

Former Director (Administration) Parliament and civil society activist Lacille de Silva said that the CIABOC should go the whole hog. A proper inquiry could help identify those who had ruined the national economy and forced millions of families to experience untold hardships.

Referring to Section 2 of the Special Commodity Levy Act, No. 48 of 2007 imports could be exempted from duty/tax,De Silva explained that ministerial actions had to be justified regardless of the economic crisis the country was experiencing now, he said.