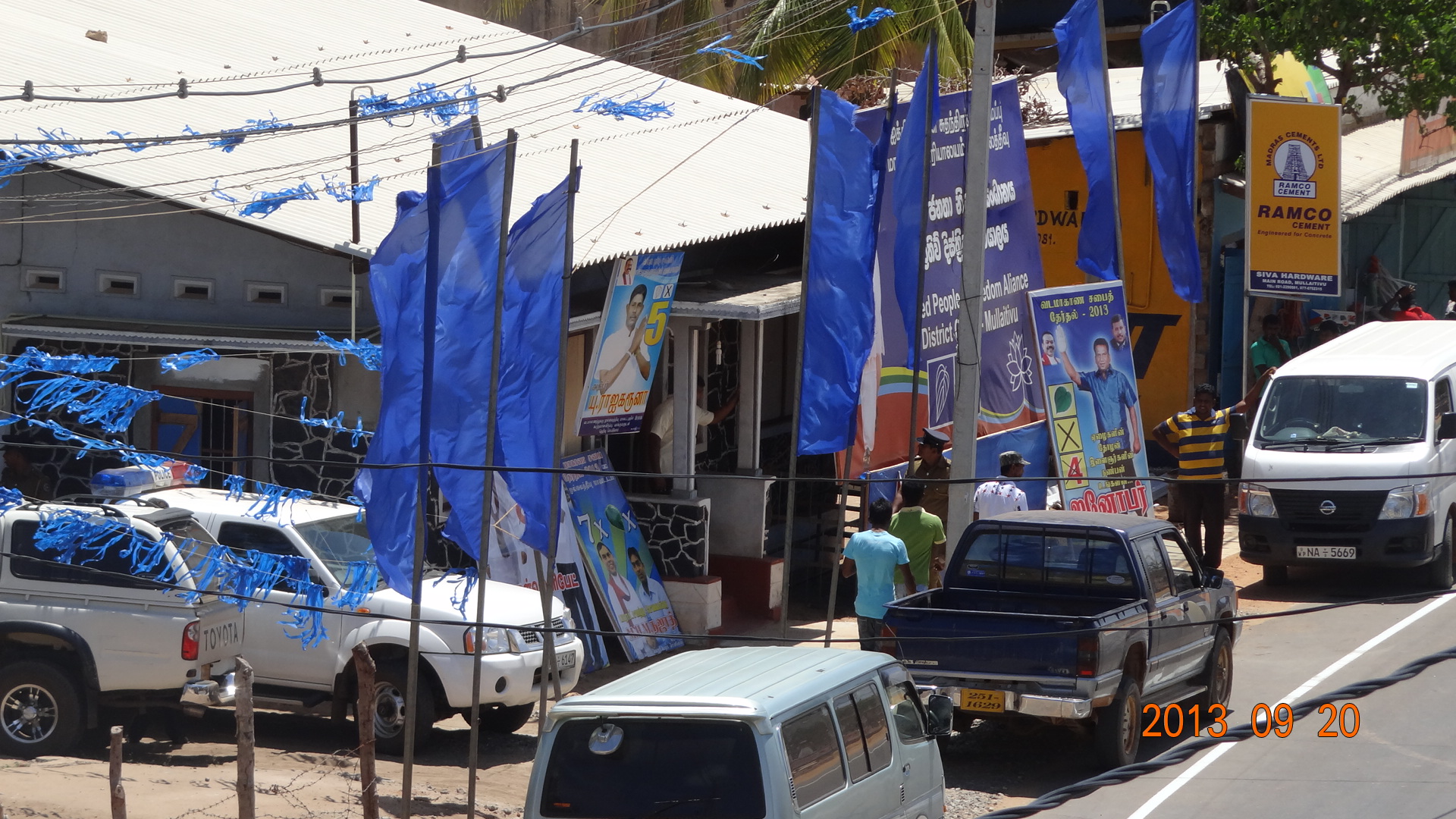 20th September 2013
Summary:
There is widespread disillusionment with the election process, which may lead to low voter turnout. Unacceptably long distances to polling center’s will deter others, since even where buses are being provided these services will be minimal and are not free.
The Election Commissioner’s Office is doing its best under difficult circumstances but is handicapped by an outdated system in need of reform, compounded by inadequate funds. Yet, the systematic misuse of state resources, notably of the Ministry of Economic Development, to benefit pro-government candidates, and the deliberate violation of election law through combining development activities with election campaigning have irreparably flawed the democratic process in Mullaitivu District. Military interference in the electoral process is mostly indirect, though incidents of coercion to attend meetings of UPFA candidates have been reported.
Description:

The location of the meeting was in the Helambawewa Army Camp

Maheweli Authority and NHDA banners are being taken down by government staff. 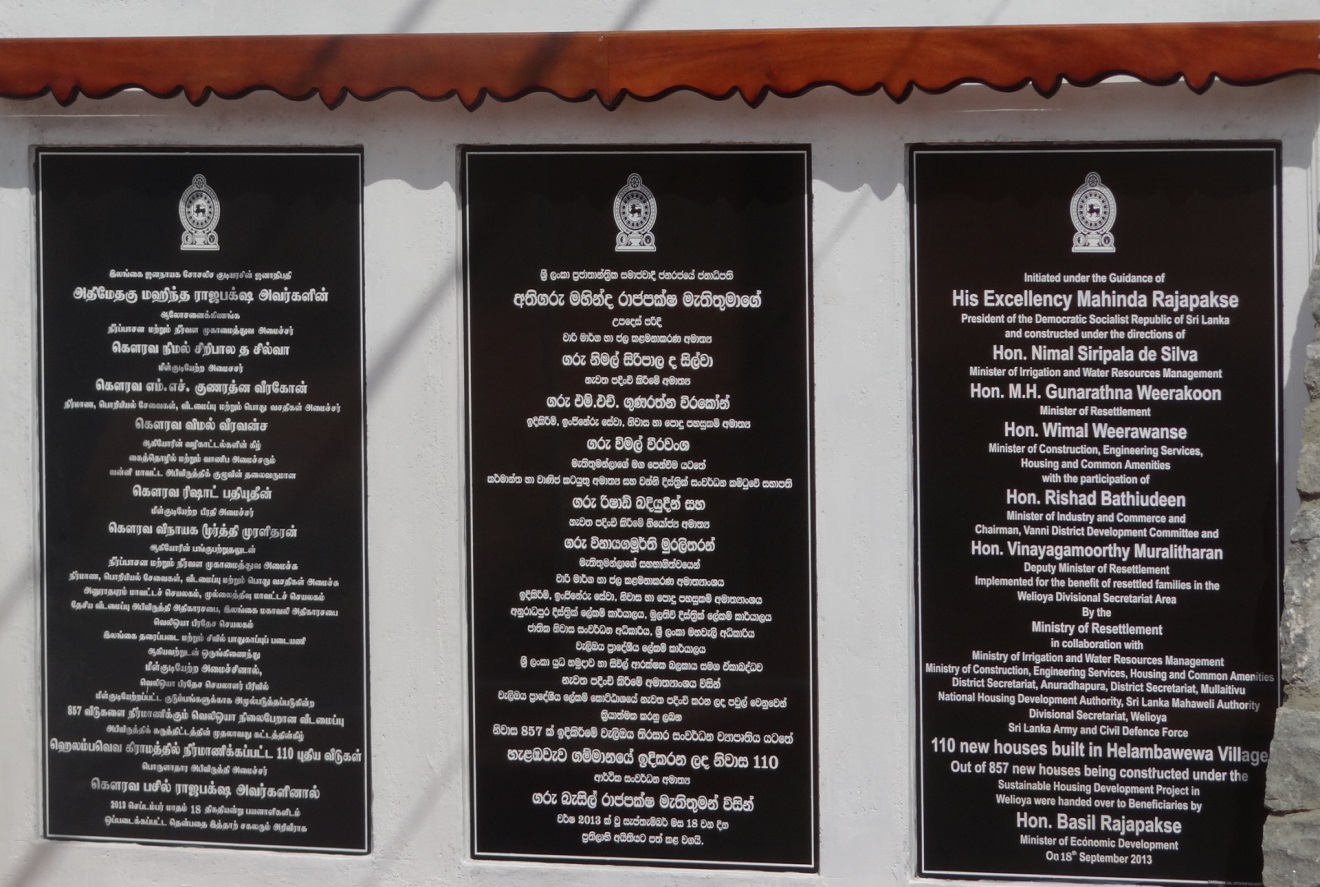 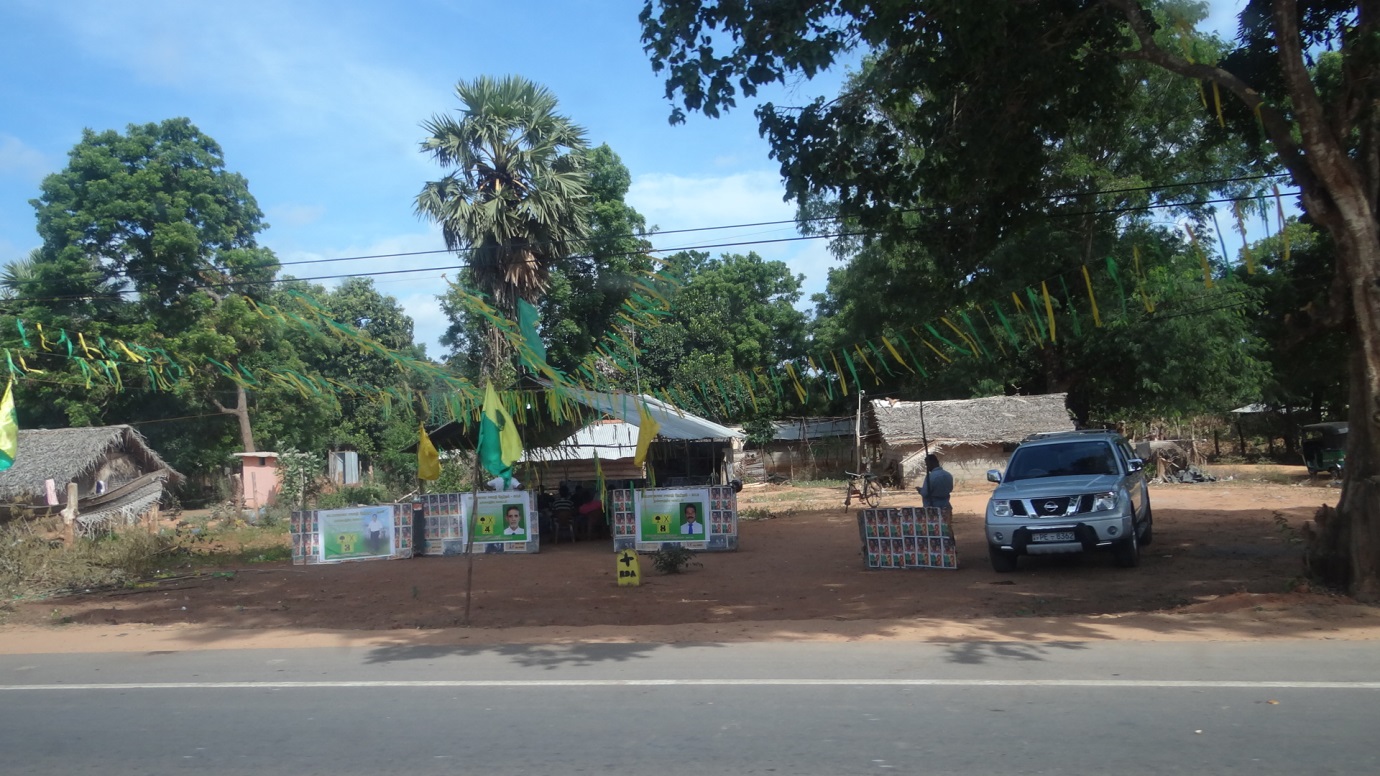 However, the overall picture of the Mullaitivu District is one in which the UPFA candidates are free to violate any and every regulation with impunity. On 19 Sep 2013, CMEV observed UPFA candidate No 6 campaigning in Mullaitivu town itself. 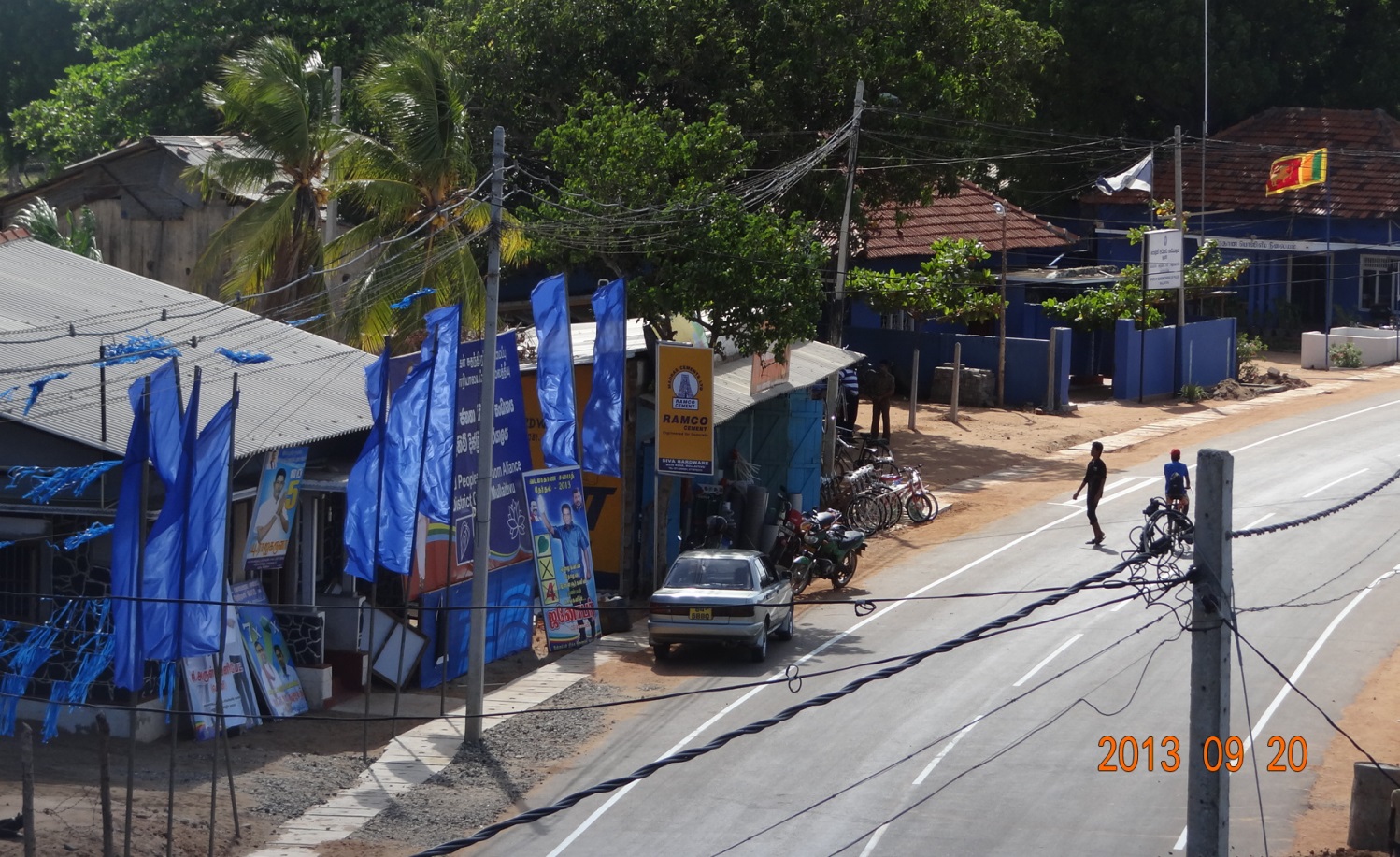 The blatant display of UPFA posters and cut-outs even on 20 Sep 2013, adjacent to the Mullaitivu SP Janaka Gunathilaka’s office in the heart of the town. 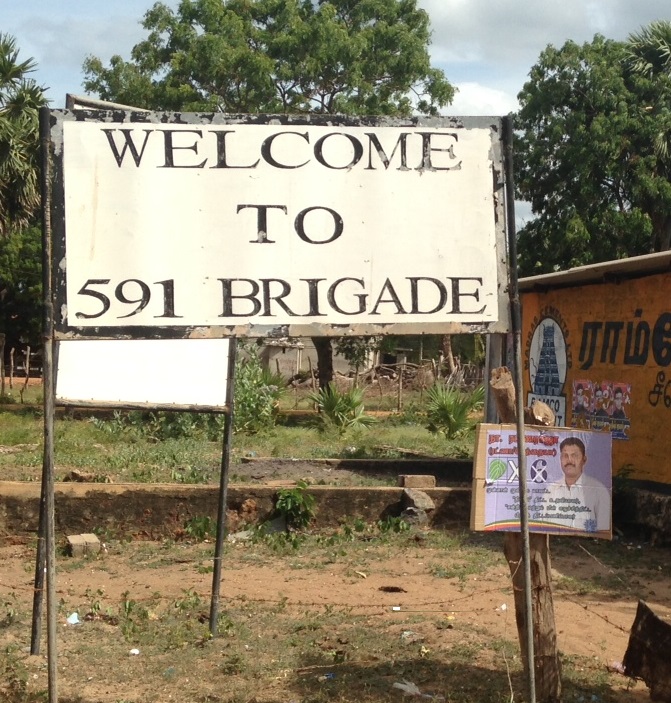 A poster for UPFA candidate 6, a former Deputy Project Director of the Ministry of Economic Development, adorns the 591 Brigade welcome board in an area that boasts of 24 hour police and military presence.
Download PDF of report here.
CMEV
Share
Facebook
Twitter
WhatsApp
Pinterest
Email