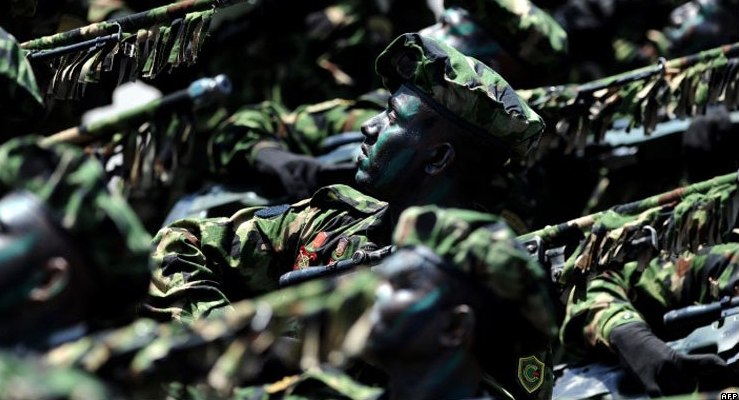 Foreign nationals who are wishing to travel to the North will need prior permission from the Ministry of Defence and Urban Development, military spokesperson Brigadier Ruwan Wanigasuriya said today.

He said the measure was being taken to prevent foreigners who travel to the north under the pretext of carrying out development projects, but instead promote ‘communal disharmony’ and thereby pose a threat to national security.

“This measure is being re-imposed because it is required to maintain security”, he said.

Brigadier Wanigasuriya said written permission can be sought by writing to the Ministry ahead of the visit.

The requirement to seek Defence ministry approval will apply to all foreign passport holders including tourists and the Sri Lankan expatriates who now hold foreign passports.Sunday Times

By introducing new laws that foreign tourists visiting the north and east must obtain the permission of the defense Ministry , the Rajapakse regime has confirmed that even after five years since the conclusion of the war , the two provinces are again under a separate administration of the forces . This law was prevailing earlier during the period when the LTTE was controlling those provinces.

This requirement announced today by the spokesman for the forces rather than by the civil administrative authority is something most significant to note because such military laws are introduced only in states where there is a military administration .

Brigadier Ruwan Wanigasuriya the spokesman for the forces addressing the media briefing held today said , the UN organization and other foreign non governmental organizations are engaging in development activities in those provinces, and the security divisions are in receipt of information pertaining to a group among them that is engaging in anti -government activities . In the circumstances , a written permission should be obtained from the defense ministry by a foreign tourist before visiting the north and the east, the brigadier revealed.

The Brigadier added , permission should be obtained by addressing a letter to the following address :
State Defense Ministry
15/5, Baladaksha Mawatha
Colombo 03 or by faxing to Fax No. 011 2328109′: and a written permission must be obtained.
– LeN