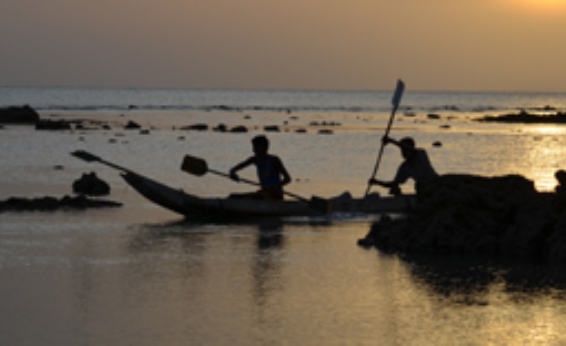 [Fishermen in Jaffna; CMIC photo]
Sri Lankan Terrorist Investigation Division (TID), in recent days has been monitoring, intimidating and ‘interrogating’Tamil Catholic priests, who have been with their people in Vanni during and before the genocidal onslaught on Vanni, reports Tamil Net.

One of the six priests, who were detained in military-controlled barbed-wire camps in Menik Farm in 2009, Fr. A. Anton Stephen, was questioned by the TID officers at the Bishop’s House as the TID of the occupying Colombo was speculating that he is one of the key witnesses submitting an eyewitness account to the three member OHCHR investigation on Sri Lanka (OISL) panel tasked to produce a report on the investigation process in Sri Lanka after collecting direct reports from individuals, organisations and governments.

Fr Anton Stephen, who is the parish priest of The Holy Family Church at Malvam, situated near Uduvil in Valikaamam, Jaffna, was summoned for an interrogation-styled interview by the Sri Lankan TID at the Bishop’s House on Tuesday.

The parish priest was questioned on what he had witnessed during the final days of war. The interrogation was based on his poetry. But, they were also questioning him on whether he was in touch with external actors who were seeking information on the final days of Vanni war.

Anonymous callers believed to be SL TID operatives have been harassing Fr Stephen on his phone line and all the movements of a section of Catholic priests, who were earlier in the war zone, are being systematically monitored and their phones are being tapped, the source further told TamilNet.

On August 20, the SL TID interrogated another priest, Fr. Maulis, who was in Vanni before the genocidal onslaught. The SL TID was intimidating the priest with an allegation of investigating ‘LTTE connection’ when he served in Vanni, the Bishop’s House source further said. Fr. Maulis is the parish priest of St. Thomas Church in Point Pedro in Vadamaraadchi in Jaffna.

Both the priests have refused to talk to media, journalists in Jaffna said.